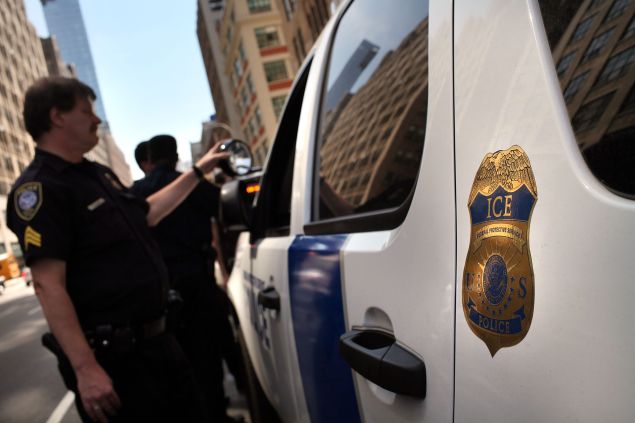 Make the Road New York, an immigrant advocacy group, told the media this evening that Immigration and Customs Enforcement sweeps on Staten Island netted five Mexican nationals in the past week and a half—coinciding with similar actions across the nation.

The raids took place on February 2, February 3, February 5 and February 8, according to speakers on the press call. All five individuals taken by ICE officers were male, and four of them have children who are U.S. citizens, the group reported.

Make the Road believes several of the men are now in New Jersey detention centers.

“What we’ve seen is that the incidents in Staten Island are consistent with what we’ve seen with the surge of ICE activity in the last week,” Theo Oshiro, deputy director of Make the Road New York said.

Immigration authorities arrested hundreds of undocumented immigrants in at least six states in raids this past week, pursuant to an executive order Trump signed last month.

That fiat expanded the category of immigrants lacking proper paperwork that federal authorities would target for arrest and expulsion. Rather than focusing, as President Barack Obama did, on individuals with violent criminal convictions, ICE now has a mandate to nab undocumented immigrants if they have ever been accused of any crime, even “where such charge has not been resolved.”

Trump has also signed executive orders that call for the construction of a wall on the Mexican border and federal funding cuts for sanctuary cities, which offer safe haven to undocumented immigrants.

Carlos Vargas, a member of Make the Road New York’s legal services team, said that in one case, two plainclothes officers approached a “hardworking” father at 5:30 a.m., showed him a few pictures of people for whom they were looking and subsequently arrested and detained him.

In another case, ICE agents showed a family more than 10 pictures of people for whom they were looking and left when they did not identify the individual. They subsequently came back 20 minutes later and detained one of them.

In his first interview as president-elect, Trump said that he would deport or incarcerate up to three million undocumented immigrants who he says are “criminal and have criminal records, gang members, drug dealers,” claiming that the country has “a lot of these people.” Experts estimate his executive order could impact as many as eight million people, more than two-thirds of foreign nationals who entered or who have remained the United States without authorization.

“We do not know,” Oshiro continued, concerning the question of whether the individuals have criminal records. “What we do know is that the raids tear families apart and have a huge and negative impact on communities regardless of criminal records.

Natalia Aristizabal, lead organizer for Make the Road New York, said that the group has been working with community members and conducting “Know Your Rights” trainings to keep people informed.

In response to rumors about other raids across the city in the Bushwick neighborhood of Brooklyn, and in Queens, Aristizabal said that they have visited those areas but could not confirm that there have been any ICE actions there.

“We have a team looking through different areas of Queens today where different people said they saw some people that looked differently than the Police Department but no one was able to confirm if they are or not ICE,” Aristizabal said.

Oshiro praised the leadership of Congresswoman Nydia Velazquez and Congressman Jerry Nadler when they went to John F. Kennedy International Airport to push for the release of 11 individuals being held at Terminal 4 due to Trump’s ban on travel from seven majority Muslim Nations. Such actions, he asserted, have been “productive and good in the eyes of the community.”

He said that the organization has been in touch with Mayor Bill de Blasio and other elected officials to how the city and the state will “move forward under this new reality we are seeing.” De Blasio has promised that New York City would remain a sanctuary city, but has expressed openness to adding additional offenses to the list of 170 over which the city cooperates with ICE.

“I would just say that you know while this has been going for several weeks now these kinds of raids that we’ve been hearing we are also trying to figure out what is happening exactly,” Oshiro continued. “We felt that in Staten Island, it was very clear…there has been ramped up enforcements on Staten Island.”

Eric Phillips, the mayor’s spokesman, seemed to confirm that the raids took place.

These appear to be credible reports. Mayor is closely monitoring, along w/ NYPD. https://t.co/0ef0aztL0Q

He also said that the mayor’s office is looking into “earlier reports from Bushwick.”

Rosemary Boeglin, a mayoral spokeswoman, said that the city will continue to support the nearly 40 percent of New Yorkers who are foreign-born—both documented and undocumented. Roughly half a million residents of the five boroughs are believed to be undocumented.

She also said that the city officials, including the NYPD, would not question individuals about their immigration status, nor will the NYPD transform into immigration enforcement agents.

“The mayor’s office has received credible reports of immigration enforcement activity in several New York City neighborhoods in the last few days,” Boeglin said in a statement. “The mayor is closely monitoring the situation and the administration is working with NYPD and community organizations to verify the activity as we receive reports.”

Gov. Andrew Cuomo’s office did not immediately respond to a request for comment. 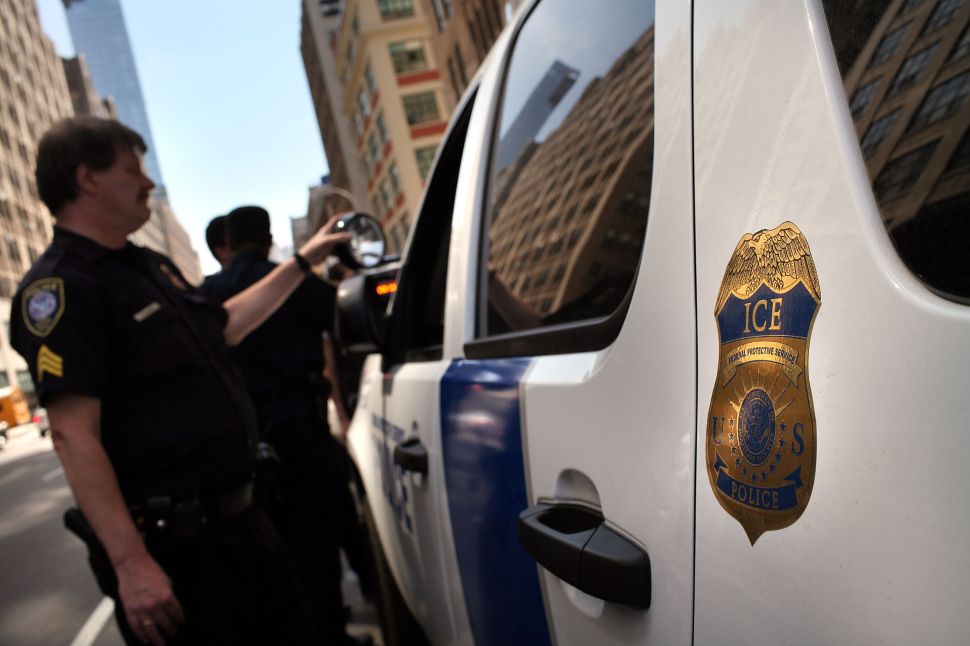