Somebody call Mulder and Scully—UFO sightings are at an all-time high.

Sam Monfort, a PhD student at George Mason University, has created an online heatmap of data from the National UFO Reporting Center (NUFORC), which has cataloged over 100,000 sightings of unidentified flying objects since 1905. The visualization shows that the number of reported UFO observations has increased dramatically since 1990.

This rise in sightings is partly explained by the increased use of computers—today witnesses simply fill out an online form describing the incident, whereas data from before the internet age is only available retroactively from historical documents.

Descriptions of alien spacecrafts have also changed over the years—the classic flying saucer dominated UFO reports through the 1990s, but “post-internet sightings take the form of strange lights in the sky,” Monfort reports (the reason why, he speculates, is that lights are easier to photograph). Because of this, the number of UFO reports increases during the summer when fireworks are prevalent.

Plenty of people file reports throughout the rest of the year, however—so far in February, 269 people have logged UFO encounters on NUFORC’s website. Descriptions include a “bright pulsating white light brighter than Venus,” an “orange fireball” and “a boomerang shaped aircraft.”

The United States is far ahead of the rest of the world when it comes to UFO sightings—on average there are 2,500 sightings reported per 10 million people, which is 300 times higher than the global median. Northwestern and northeastern states report the most amount of sightings per capita.

Some of this might have to do with the fact that the U.S. has more prevalent internet access than other areas of the world, which makes it easier to submit a report online. Or maybe all of these people are just trying to get a world away from President Trump. Time will tell. 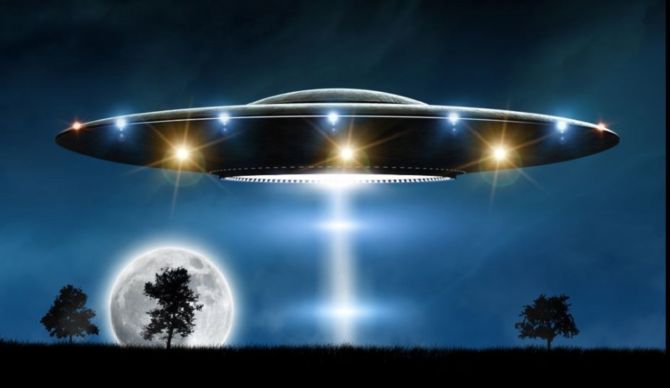