Founded in 1755, Vacheron Constantin is the oldest watchmaker in the world thanks to its 262 years of interrupted manufacturing. While it’s a brand synonymous with staggering technical feats like the creation of the most complicated watch in the world, which was unveiled at a black-tie dinner last year, their customer often skews toward a more mature demographic. Now, in an effort to capture a new consumer, the watchmaker has teamed up with Hodinkee.

The eight-year-old website founded by Benjamin Clymer is a mecca for watch enthusiasts, and the Vacheron Constantin x Hodinkee timepiece is a redux of one of Clymer’s favorites, the Ref. 6087. “We didn’t want to just duplicate the past,” said Vacheron’s Artistic Director, Christopher Selmoni, in a release. “This project was about deriving inspiration from our vast history, feeling empowered by our history, and creating a modern timepiece that is new and exciting for Hodinkee’s audience.” The result, referred to as the “Vacheron Constantin Historiques Cornes de Vache 1955 Limited Edition for Hodinkee,” includes some noticeable updates including a slate gray opaline dial and stainless steel construction—a first for Vacheron.

It debuts for sale today in a limited run of just 36 pieces in an homage to the original reference 6087, which produced in an identically rare quantity of 36 pieces when it first debuted in 1955. Each arrives with a custom engraving on the caseback, as well as a set of three straps—A Vacheron Constantin grey alligator strap, a Hodinkee strap in light grey textured calfskin, and second Hodinkee strap in natural tan Barenia leather. Should you want to snap up one for yourself, they can be purchased on Hodinkee.com for $45,000 each starting today, though they’re expected to sell out in record time. 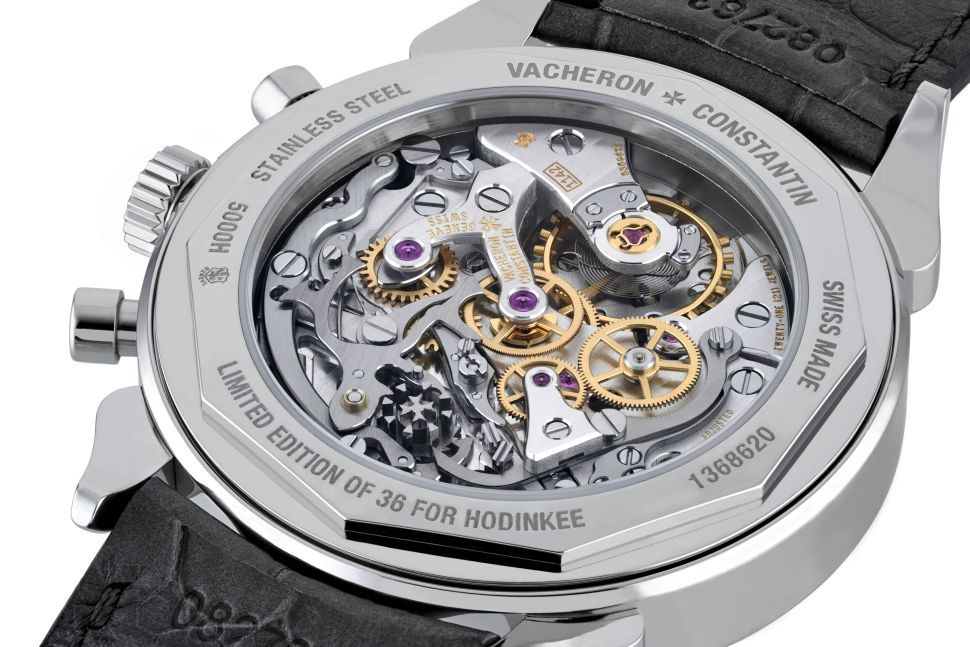