O.K., I’ll try and make this as painless as possible, as we all know love can kill and the world is already in enough turmoil these days. The trials and tribulations of our fickle little hearts, as Humphrey Bogart so bluntly put it at the end of Casablanca, “don’t add up to a hill of beans in this world.”

Our obsession with love as a society, as portrayed in popular song, has gone beyond a preoccupation with the typical ritual mating dance to bordering on the neurotic.

Once I heard a story from the late/great producer Joel Dorn, which was told to him by the late, great jazz singer/pianist/songwriter Mose Allison. Once a white college professor was visiting the Southwest, attending a Hopi rain dance when he asked one of the native musicians why so many of their songs were about rain. He replied, “We only sing about what we lack most.” After a moment of quiet contemplation, the musician asked the inquisitive visitor, “Why do your people always sing about love?”

This might sound corny (it is Valentine’s Day after all) but for me, love began with my mother’s voice. And a beautiful voice she had, warm and melodious. The first time my father saw her, she singing with Larry Clinton’s Big Band in Newark in the 1940s.

“Butch” was a sergeant about to be shipped over to France, where he killed Germans with my mom’s name painted on the barrel of his gun. Anxious GI’s needed good music to keep their spirits up in those days, something to remind them of their gals back home. I’m certain our fathers and grandfathers (or great-grandfathers depending on your age) fought their damnedest to save everyone from having to live in a world where they’d have to listen to “Die Fahne hoch” and “Bomben über Engelland,” Nazi songs that most Germans couldn’t even bear to hear anymore.

We’ve got to thank “The Greatest Generation,” as they came to be known, for keeping the world free for Bing Crosby, Ella Fitzgerald and Frank Sinatra to sing swinging valentines as “The Way You Look Tonight,” to “Cheek to Cheek,” and “You Go To My Head.”

One of my mom’s favorite tunes she sang to me as a child was “I Can’t Give You Anything But Love” from Bringing Up Baby. Although my dad was no Cary Grant, my mom (the “Jewish Sophia Loren” as she was known amongst her friends) was, at the very least, in the same ballpark as Kate Hepburn.

As a kid growing up in the suburbs I heard a steady stream of love songs pouring out of my older sister’s room from Elvis (the best of which included the stunning “My Way,” which he gently strummed on a solo acoustic guitar without all the usual overproduction, and “Young and Beautiful,” which he crooned to the lovely, doomed Judy Tyler in Jailhouse Rock) along with various sonic sentiments from Johnny Mathis and Barbara Streisand.

My favorite of those teased-hair teenaged opuses was the Ronettes’ “Be My Baby” with those clacking castanets cutting through the enormous waves of strings, courtesy of Phil Spector’s Wall of Sound.

Speaking of waves, the Beach Boys’ coming of age classic Pet Sounds (1965) featured the lovely/tragic “Caroline No” along with “God Only Knows,” which Paul McCartney once claimed was “the greatest song ever written.” Both songs, written and arranged by the precocious Brian Wilson, addressed the fleeting nature of time and the changes it puts lovers through with uncanny wisdom.

The Beatles’ 1965 release Rubber Soul was an album filled with great love songs, from the nostalgic “In My Life,” to the tortured “Girl” to the sappy “Michelle.”

Rubber Soul was a user’s manual of sorts. It taught you all about love at first sight with Paul McCartney’s “I’ve Just Seen A Face,” or how to break up with “You Won’t See Me” and even how to be spiteful in a breakup with George Harrison’s bitter “Think For Yourself,” only to be outdone by Lennon’s murder threat in “Run for Your Life.” Other Beatle essentials that immediately come to mind are Lennon’s ethereal “Julia” and McCartney’s tender vow “I Will” from their 1968 White Album.

Keith Richards was always the soul of the Rolling Stones. When he sang his weary valentine “You Got the Silver” to Anita Pallenberg on Let It Bleed, it was with a weeping slide guitar and all the poetry his ragged heart could muster, as he reached deep into his bag of metaphors, describing her eyes as “flashing like airplane lights.”

Few possess the lonely, broken voice of a heart laid bare like Neil Young. There is no doubting the depth of his pain as he yowls, “Only Love Can Break Your Heart” from After the Gold Rush.

Paul Simon’s “Overs” from Simon & Garfunkel’s 1968 benchmark album Bookends portrays a couple whose relationship has hit the wall and for whatever reasons they remain silently stuck in time rather than split up. “Why don’t we stop fooling ourselves? The game is over, over, over.” Simon sighs. “No good times, no bad times, no times at all, just The New York Times.

A simple nursery-rhyme of a tune, “Buckets of Rain” from Dylan’s Blood on the Tracks evokes the gentle beauty of Mississippi John Hurt’s “My Creole Belle.” Dylan’s 1975 “comeback album” was a tortured valentine to his wife Sara, inspired while enduring their grueling separation and eventual divorce, that hit him, as he said, “like a corkscrew to my heart ever since we’ve been apart.”

Despite his pleading and charming lines such as “You got all the love, honey, baby I can stand,” “Buckets of Rain,” along with the rest of the album’s overtures fell on Sara’s ultimately deaf ears. And if there was any doubt that Dylan had given his all, the record jacket featured a pixilated portrait of the man framed in a dried-blood red border.

While Leonard Cohen’s “Dance Me to the End of Love” seemed like an obvious choice “Chelsea Hotel No. 2” continues to haunt over the decades like a love-letter from a lost love that your mind unexpectedly recalls at the oddest possible moments. A portrait of Leonard’s short-lived fling with Janis Joplin, the lyrics, both wry and bittersweet tenderly fell from his lips in a solemn prayer as he gently fingerpicked a nylon string guitar.

In contrast to most singer-songwriters of the early ’70s, Randy Newman didn’t pander to his audience. Neither he, nor his songs vied for your affection. Whether cynical or tender, Newman often sang unapologetically from the viewpoint of an idiot, racist or brute.

“Marie” from his 1974 song cycle Good Old Boys, an unforgiving portrait of the American South, is a drunken apology from an abusive spouse. While Newman’s minimal singing always manages to get the job done, his knack for lush arrangements are of the same caliber as Phil Spector, Brian Wilson and Van Dyke Parks. With its remorseful lyric and swelling strings, if “Marie” doesn’t leave you with a lump in your throat, I suggest you check the hole in your chest and find out where your heart went.

A traditional ballad from Southern Appalachia, “Come All Ye Fair and Tender Ladies” has been solemnly recited by everyone from Pernell Roberts (the black-clad “Adam Cartwright” from Bonanza) to Mother Maybelle Carter, with a high-lonesome lilt and a jangling autoharp. Also known as “Fair and Tender Maidens,” “Tiny Sparrow,” or even “Little Swallow,” the song continues to disturb despondent romantics everywhere who were first beguiled and then betrayed by their “false true lover.”

As sung in a husky whisper by Eric von Schmidt on his 1973 underground gem 2nd Right, 3rd Row, the Cambridge folk/blues singer accompanied himself on a lightly finger-picked acoustic guitar, with Garth Hudson (of the Band) playing a shimmering concertina, the song became a navel-gazer of the first order.

Having cut his teeth on classic British folk ballads like “Willy o’ Winsbury” and “Renardyne,” the veteran guitarist/singer/songwriter of Fairport Convention Richard Thompson understands the power of a great love song. While his outlaw ballad “Vincent Black Lightning 1952” is one of the most romantic tales ever sung, while his gentle, poetic “Beeswing” is a heart crusher. Thompson sings of a “lost child” from the Summer of Love who was too wild and unwilling to settle down and eventually leaves him, only to wind up “sleeping out” with a pint of whisky and “a wolfhound at her feet.”

The Canadian chanteuse Joni Mitchell’s “A Case of You” is as intoxicating as the title implies, as her voice soars, “you’re in my blood like holy wine.” Later covered by Prince, who delivers its confessional lyrics over a heart-felt gospel tinged piano, the song first appeared on Mitchell’s 1971 moody ode to love, Blue, which revealed the details of her love life like an open diary.

From the opening bass line that kicks off “Love Having You Around,” Stevie Wonder’s 1972 album Music of My Mind carries you off on a giddy rollercoaster full of funky beats and layered synthesizers. Wonder’s song cycle takes us through every phase of love from infatuation in “Superwoman” to the desperate yearning of a deserted lover to the ebullient celebration of “I Love Every Little Thing About You.”

Looking for an auditory aphrodisiac? Nearly 25 million Youtube viewers agree that Marvin Gaye’s “Let’s Get It On” doesn’t “beat around the bush.” “If the spirit moves ya, let me groove ya,” Gaye pleads in a voice that’s one part honey, one part rasp, as the Motown rhythm section better known as the Funk Brothers gets you in the mood with a smoldering bump and grind.

For the “It’s Complicated” crowd, there’s David Crosby’s three-way valentine, “Triad.” Initially too hot for the Byrds to handle, Grace Slick, who was always quick to embrace a taboo, took on the job with Jefferson Airplane.

Crosby’s bandmate Stephen Stills would cut the groovin’ free love anthem “Love the One your With,” for his 1970 debut album while the Pretenders’ 1984 release, Learning to Crawl warned of love gone terribly wrong as Chrissy Hynde described a scene of domestic violence in her soul ballad, “It’s A Thin Line (Between Love and Hate”).

“Please Do Not Go” from Violent Femmes’ 1983 debut offers a bouncy white boy reggae beat as Gordon Gano (who, as he confesses to his mom is “stuck on this lovely girl”) begs, “Please, please, please…” or his little world is sure to come tumbling down.

And so dear reader, whether you’ve been lucky or otherwise in love, remember this Valentine’s Day, “the principal thing in this world,” to quote the 19th-century French novelist Gustave Flaubert—“is to keep one’s soul aloft” no matter what befalls you. 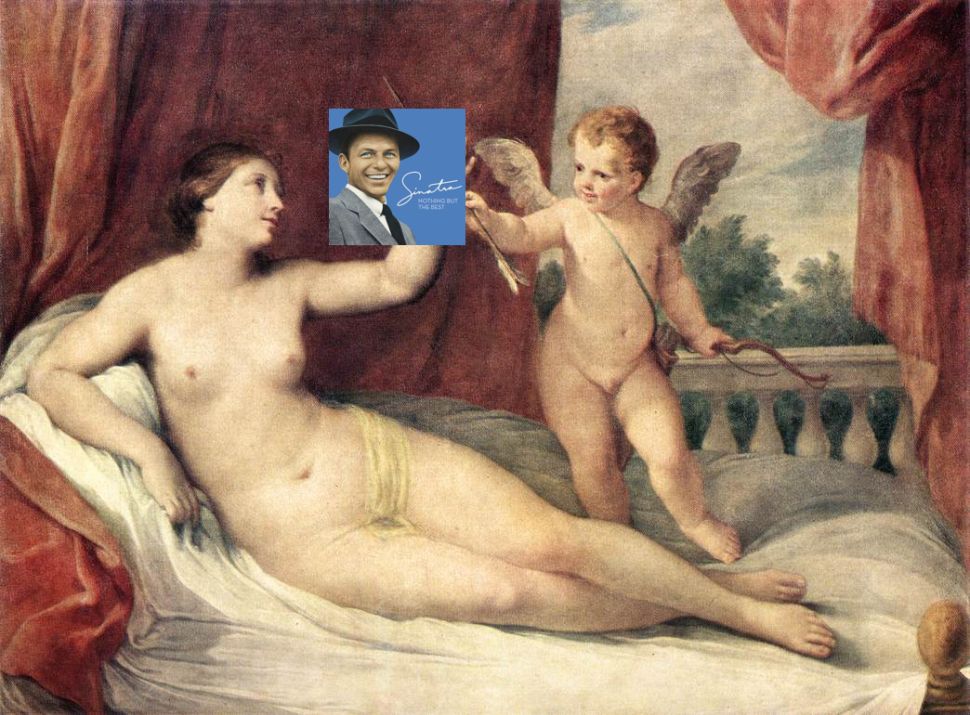