Southeastern Europe is entering a period of renewed instability after almost two decades of relative tranquility. As I explained in a recent column, the disastrous wars that followed the collapse of Yugoslavia in 1991 solved some political problems but created others. And now the Balkans are at the precipice of renewed conflicts—in no small part due to Kremlin meddling.

The most direct target of malign Russian plotting has been Montenegro, the smallest republic to emerge from the wreckage of Yugoslavia. With less than three-quarters of a million people, tiny Montenegro possesses a stunning Adriatic coastline, an important geo-strategic position, and a political-cum-business elite that is vibrantly corrupt even by outrageous regional standards.

Montenegro began setting a more Western course for itself in 2006, when it separated peacefully from neighboring Serbia, finishing off the last vestiges of the failed Yugoslav federation. The little country is now on track to join NATO, having received a formal admission offer in late 2015, which will give the Atlantic Alliance control of the entire Adriatic coastline, while cutting Serbia off from the sea permanently.

Public opinion in Montenegro is split about joining NATO. While most opinion polls show a majority in favor, a strong minority remains opposed. This division is about more than the Atlantic Alliance and reflects the country’s complex identity. While three-quarters of Montenegro’s people are South Slavs who share a language and the Orthodox religion with big brother Serbia (there are also significant minorities of Albanians and Slavic Muslims), that majority is split between those who identify as Serbs and those who consider themselves Montenegrins.

Powerbrokers in Belgrade are unhappy with Montenegro’s looming accession to NATO, the alliance which bombed Serbia during the 1999 Kosovo war. That sentiment is shared by a sizable chunk of Montenegrins. Serbia has stirred the pot frequently, aiming anti-Western propaganda at its smaller neighbor to dissuade it from joining NATO, which has only made the debate in Montenegro about that country’s geo-strategic orientation increasingly bitter.

Since 2014, when relations between the Kremlin and NATO deteriorated after the Russian annexation of Crimea, Moscow has taken increasing interest in Montenegro. Why the Kremlin cares about the little country, which is nowhere near Russia and was never any part of either the Tsarist or Soviet empires, is an intriguing question.

Montenegro is a tiny country, but its people are famously tough and don’t like to be pushed around.

There are some vague historical ties at play. Two hundred years ago, mighty Russia and tiny Montenegro were the only Slavic countries to enjoy self-rule—a point of pride for the fierce mountain clans who kept the Ottoman Turks out of Montenegro for centuries. On a more practical point, the country’s sunny Adriatic coast is a popular vacation destination for Russians, some of who invest their money—legally obtained or not—in Montenegrin businesses and properties.

Then there’s simple spite. For Vladimir Putin, NATO expansion is a major bugbear and any chance Russia gets to thwart further expansion of the Atlantic Alliance is an opportunity not to be missed. Not to mention that the breakup of Yugoslavia—which the Russian leader has repeatedly held up as an example of what Western governments do to smaller Slavic states—is viewed with shame in the Kremlin. Here, too, Putin wants payback.

Just how serious Moscow is about Montenegro was revealed in a sinister plot that was unmasked last fall, shortly before its execution. In mid-October, Montenegrin authorities arrested some 20 people, most of them citizens of neighboring Serbia, for conspiring to overthrow the government in Podgorica and assassinate Prime Minister Milo Djukanović, the wily politician who ruled Montenegro from 1991 until 2016. Soon it emerged that the plot ringleaders were two Russian nationalists. While Montenegrin officials were careful not to point fingers directly at the Kremlin, questions lingered about what really happened.

The two Russians were quickly expelled from the country. That several of the Serbs and Montenegrins who were arrested for their role in the plot had served with Russian forces fighting in eastern Ukraine—where Moscow’s proxy war has included the use of foreign mercenaries, including Slavic nationalists from Eastern Europe—appeared to be more than a coincidence. Security services in the Balkans and beyond suspected that Russian intelligence was the hidden hand behind the plot, which seemed plausible given the large amounts of cash and the late-model communications gear found in the possession of the coup plotters.

That said, hard evidence of Moscow’s role didn’t appear immediately. While the Kremlin unquestionably wanted to dissuade Montenegro from joining NATO, assaulting the parliament in Podgorica and assassinating the prime minister to install a pro-Russian government seemed like outrageous behavior, even for Putin’s Kremlin—which is hardly squeamish about employing what Russian spies term wetwork against their enemies abroad.

Now, however, there is solid evidence that the Kremlin was directly behind the plot against Montenegro. As explained this week by Milivoje Katnić, the country’s top special prosecutor, the coup and assassination plot was the handiwork of Moscow. The ringleader was Eduard Shirokov, an officer of Russia’s military intelligence service, known as GRU. This was a fully Kremlin-orchestrated clandestine operation to kill Prime Minister Djukanović and overthrow the government, Katnić elaborated.

Predrag Bosković, Montenegro’s defense minister, stated there is “not any doubt” that Russian intelligence officials were behind the plot, using Russian, Serbian, and Montenegrin volunteers to do the dirty work of shooting up the parliament and assassinating the prime minister. Western intelligence has assisted Montenegrin authorities in the inquiry, and American and British spy agencies—particularly NSA and its British partner, GCHQ—have compiled impressive evidence of Russian complicity behind the plot.

As reported by the Telegraph, signals intelligence, including intercepted phone calls and emails, makes clear that the Kremlin planned and organized the secret operation to use violence to keep Montenegro out of NATO. This conclusion has been confirmed to me by sources in the Intelligence Community, one of whom described the NSA and GCHQ intercepts showing Russian complicity as “ironclad—we have them cold.” How much of that SIGINT has been shared with Podgorica isn’t clear, but it was obviously enough to convince Montenegro that it could confidently call out Moscow for its malfeasance.

Moreover, Shirokov, the plotter-in-chief, was previously identified as a GRU officer by NATO. In 2014, he was expelled from Poland—what spies term persona non grata or PNG—where, while serving as Russia’s deputy military attaché, he was actually working as a spy. He was sent to Warsaw under the name Eduard Shishmakov, and he was PNG’d for his role in GRU recruitment of a Polish lieutenant colonel assigned to the Ministry of Defense—an important espionage case I explained back in late 2014.

In retaliation for Shishmakov being expelled from Poland, Moscow declared four Polish diplomats—said to be spies—PNG, in a tit-for-tat expulsion. Examination of the passports of Shirokov and Shishmakov reveals that they are visibly the same man, even sharing the same birthday. Here GRU got sloppy, merely changing his surname for the Montenegro operation, which is an indication of how mistakenly confident the Kremlin was it could assassinate Djukanović and overthrow the government in Podgorica with impunity.

Montenegro is a tiny country, but its people are famously tough and don’t like to be pushed around. Podgorica’s willingness to stand up to Moscow is an encouraging sign that Putin’s application of dirty espionage methods to intimidate and destabilize other countries is now encountering resistance. There’s no small irony here, since Putin and his fellow travelers ceaselessly accuse the United States and NATO of trying to overthrow regimes and implement “color revolutions” under the guise of spreading democracy. Yet in Montenegro, Russia plotted violent acts of war against a government it wished to replace for Moscow’s benefit.

Exposing the Kremlin’s shadowy malfeasance in Montenegro is a good sign that European countries are getting tired of Putin’s unsavory spy games. GRU’s Little Green Men infamously spearheaded the theft of Crimea exactly three years ago, and their operatives remain nefariously active in many countries, especially in Europe. Last summer, clandestine GRU operatives were behind several incidents of violent soccer hooliganism in France, while last October their support for far-right activists in Hungary turned lethal when a neo-Nazi with significant GRU ties murdered a policeman.

The West’s struggle against Putin’s Special War is far from over. In truth, it’s only in its early stages, as Western governments slowly accept the extent of clandestine Kremlin activities aimed at harming and subverting our societies. However, if little Montenegro has the gumption to push back, calling out Moscow for its crimes, the West ought to be able to muster equal courage to stand up to the Russians. 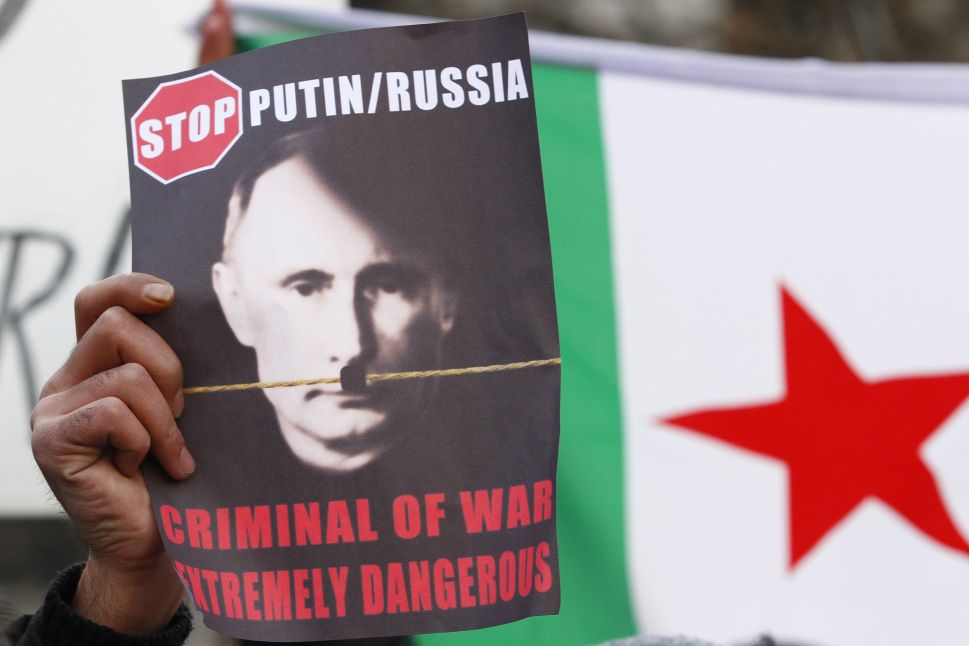