It’s a question that’s being asked a lot these days thanks to the reshuffling of DC Entertainment’s hierarchy, the unusual amount of turnover behind the camera and the divisive responses this shared cinematic universe has generated.

Warner Bros. may be understandably hesitant to pull the plug for the third time in the last 15 years following the ambitious but flawed Superman Returns and the Green Lantern debacle. But admitting defeat isn’t always sign of weakness. Sometimes, it’s just the next productive step in the trial and error process.

So should Warner Bros. scrap the DCEU? I say yes and here’s why.

Loyalists will point to the impressive box office totals of Man of Steel ($668 million), Batman v Superman: Dawn of Justice ($872 million) and Suicide Squad ($745 million) as evidence to why WB shouldn’t care about the reviews. But by that logic, The Walking Dead is worthier television than The Americans. Just because a lot of people buy into something doesn’t mean it’s good or valuable (looking at you, Transformers fan).

The reality is Warner Bros. doesn’t need the DC movies to keep itself in the black. The studio’s lineup features both homerun threats and projects that consistently move-the-chains.

Fantastic Beasts and Where to Find Them raked in $776 million and reinvigorated the Wizarding World franchise. Thanks to Newt Scamander’s magic touch, we’ve got four sequels on the way and the inevitable Harry Potter and the Cursed Child film adaptation. That’s roughly 10 years of consistent tentpole production. Elsewhere, The Lego movies are four-quadrant cash cows and director James Wan’s horror films (The Conjuring series, Lights Out) continue to exceed box office expectations. Central Intelligence ($217 million), Me Before You ($208 million) and The Accountant ($154 million) all proved you don’t need to be blockbusters to triple your budget.

I very much want this year’s Wonder Woman and Justice League to be fantastic movies that everybody loves. But if they’re not, at what point does the overwhelmingly negative press outweigh the box office totals? Domestically, Warner Bros. was the second-highest grossing studio last year. But this kudos-worthy accomplishment was completely overshadowed by the tremendous backlash for BvS and Suicide Squad.

Eventually, the negativity surrounding this cinematic universe becomes counter productive for a studio that relies on its professional and filmmaker-friendly reputation.

Recognizing The Dysfunction Behind The Scenes

Speaking of filmmaker-friendly, Warner Bros. has had an unusual amount of trouble holding on to directors in the DCEU.

Michelle MacLaren departed Wonder Woman due to creative differences; Phil Lord and Chris Miller wrote the first script for The Flash but then jumped ship for Lucasfilm’s Young Han Solo movie (good call). First-time director Seth Grahame-Smith then came on board, only to flee soon after; Dope director Rick Famuyiwa also left the project. The Batman just lost its ace in the hole Ben Affleck as director after he expressed frustration with working on a “sub par” script. If certain rumors are to be believed, WB may be losing him as the Dark Knight all together in the near future.

Warner Bros. CEO Kevin Tsuhihara and DC President Geoff Johns have never really laid out a long-term vision for the DCEU like Marvel president Kevin Feige has. There doesn’t seem to be a guiding voice steering the ship or really anyone who even knows the destination. It reminds me of the top down mess the New York Knicks find themselves in.

Starting fresh would allow WB to wipe the slate clean and construct a viable long-term plan for a shared cinematic universe. No one starts hiring construction companies until they’ve completed the architecture. It would be a lot easier for WB to work with these directors if they had a clear understanding of what they want to build.

I actually respect Zack Snyder for what he’s trying to do. He wants to deconstruct these mythological characters and present them as flawed and relatable human beings. He wants to downplay the super part of superheroes and make comic book movies for adults. In subtler hands, these ambitions would produce the perfect counterpoint to Marvel’s wildly enjoyable but sterile offerings. In Snyder’s hands, however, the final product leans too far in the opposite direction.

You can make darker and more grounded superhero movies without losing sight of what makes these characters tick. You can tell a modern story about 80-year-old icons without getting too bogged down in new and edgy interpretations. Snyder is a great visual storyteller, but he spends more time framing the perfect shot than actually refining what it is he’s shooting. From the get-go, he was an odd choice to serve in the Joss Whedon role for the DCEU.

The hate for Man of Steel and BvS may be a little over the top, but that’s only because our hopes and expectations for these movies are so high they can leap a tall building in a single bound. Sooner or later, the studio will be forced to admit that something is deeply broken in their creative process.

Passionate fans can be remarkably patient, understanding and forgiving if they believe the studio cares about these revered properties. But so far, WB hasn’t earned that trust. Their best move would be to hit the pause button for a few years and retool. If they can convince fans they’ve learned from their mistakes, it will only make the opening weekend of the future DCEU 2.0 jump starter (Nightwing, anyone?) that much more successful.

Or, we can all go back to yelling about Martha again. 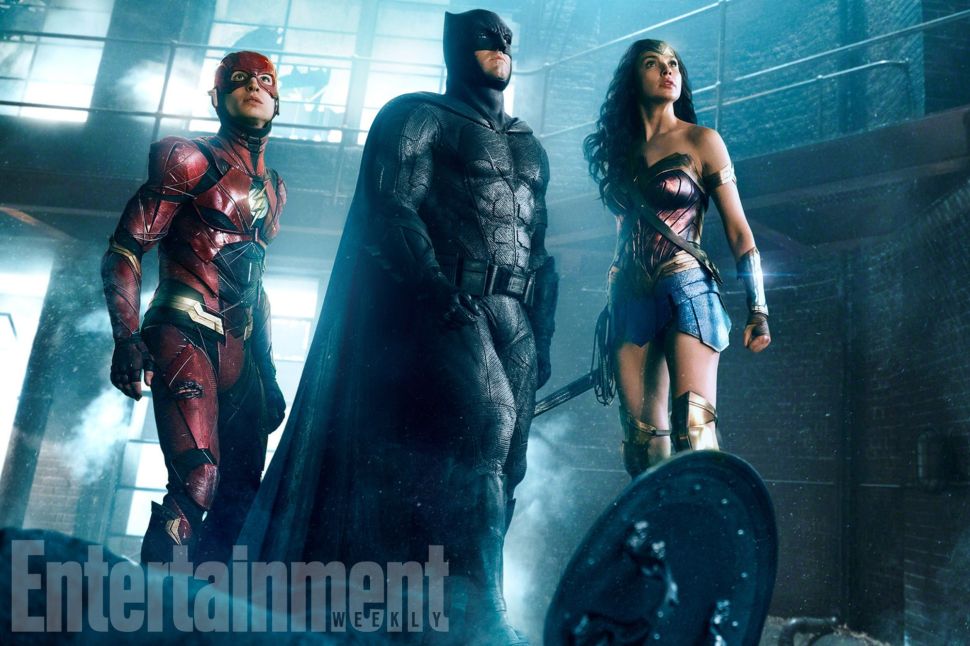