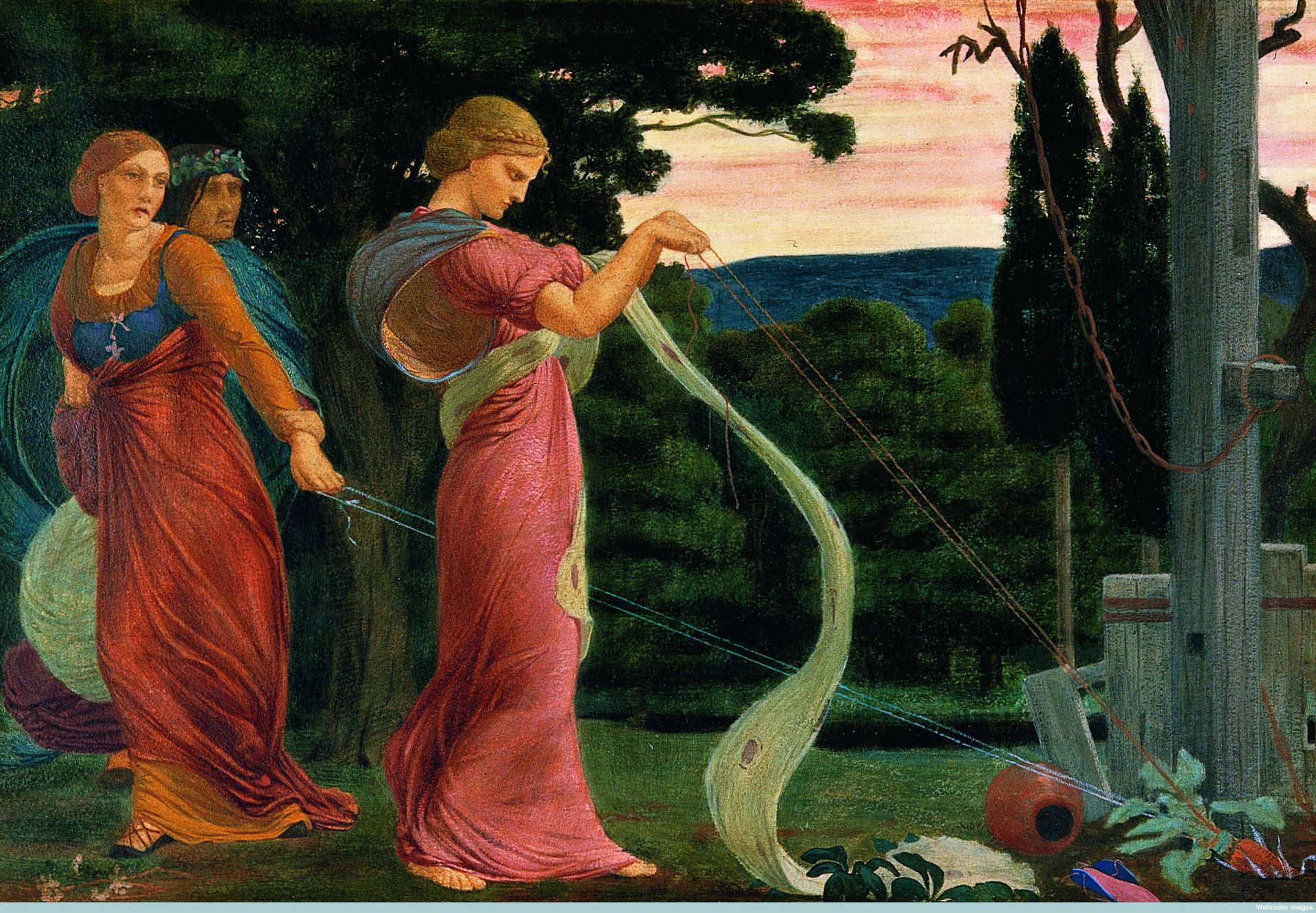 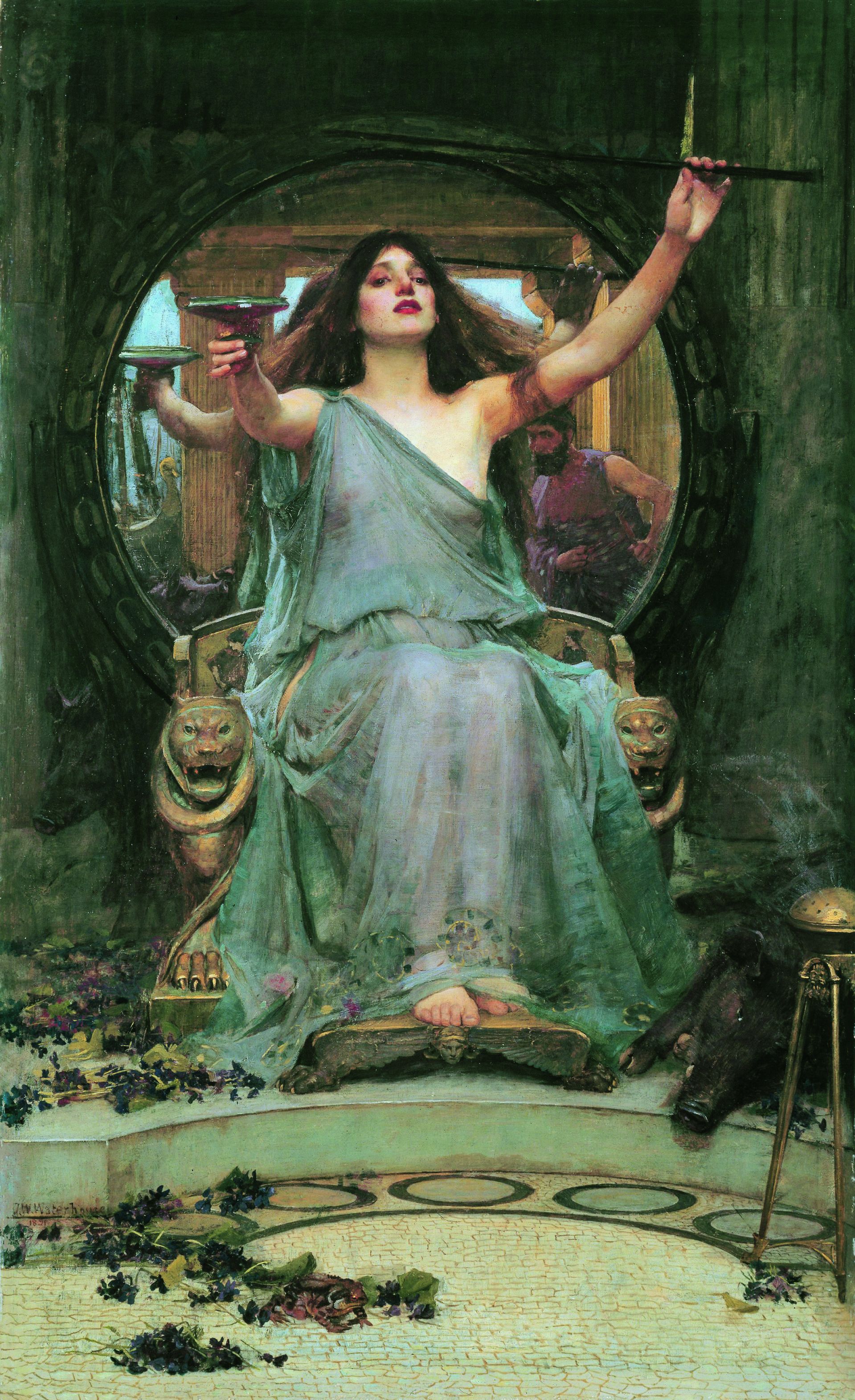 Circe brandishes a large wand while offering a cup to Odysseus (pictured in the mirror), in a scene from Homer’s Odyssey. Circe uses her wand to turn Odysseus’ men into animals. John William Waterhouse, Circe Offering the Cup to Odysseus, 1891.
Gallery Oldham, Oldham, UK 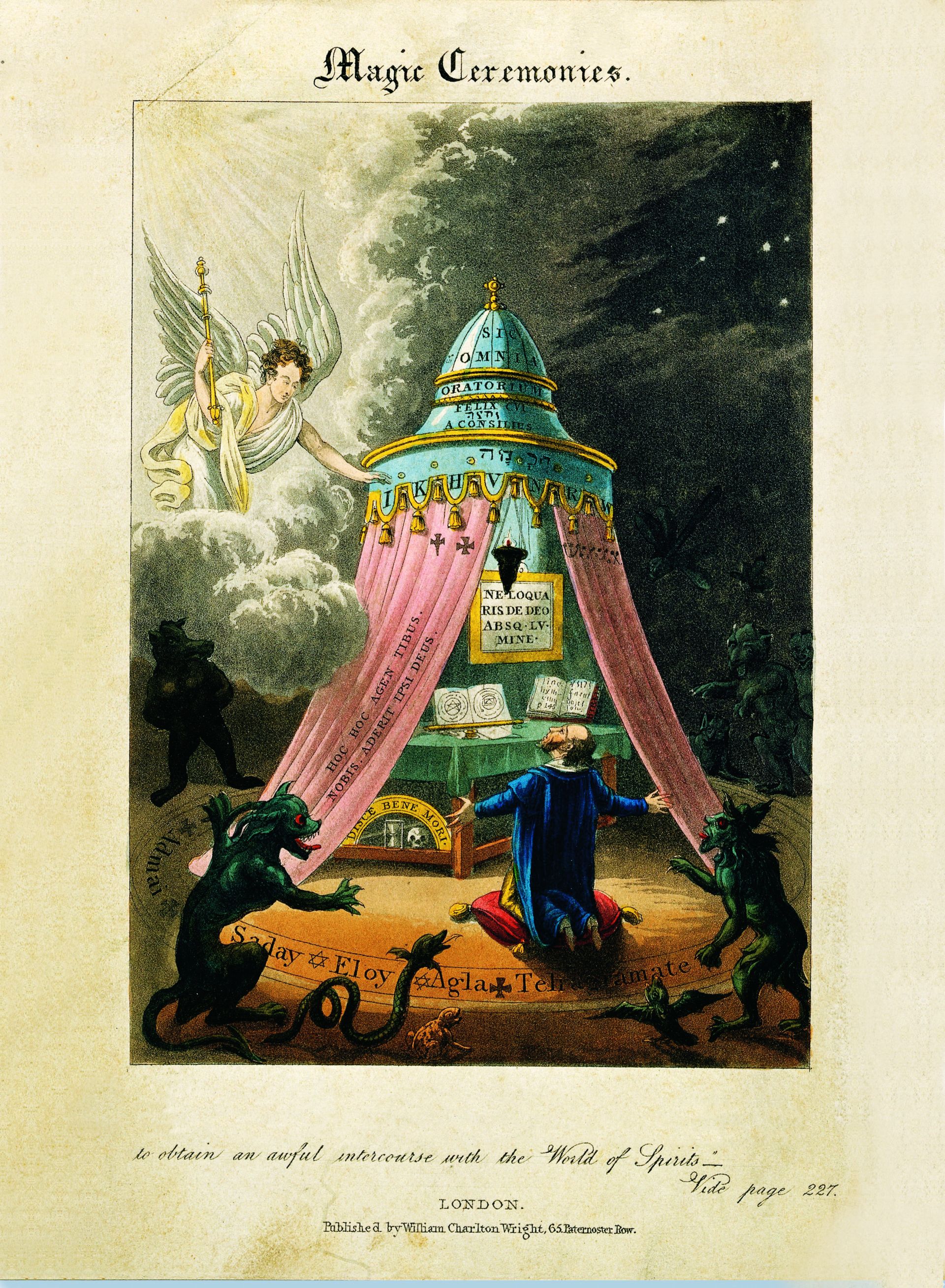 A depiction of a magical ceremony from the 19th century. The caption underneath (not shown) reads: “Such were the mystic rites, ceremonies and incantation used by the ancient Theurgists to burst asunder the bonds of natural order, and to obtain an awful intercourse with the World of Spirits.” A theurgist performs rituals to exercise divine powers on earth, 19th century. Colored aquatint.
Wellcome Library, London; Wellcome Images 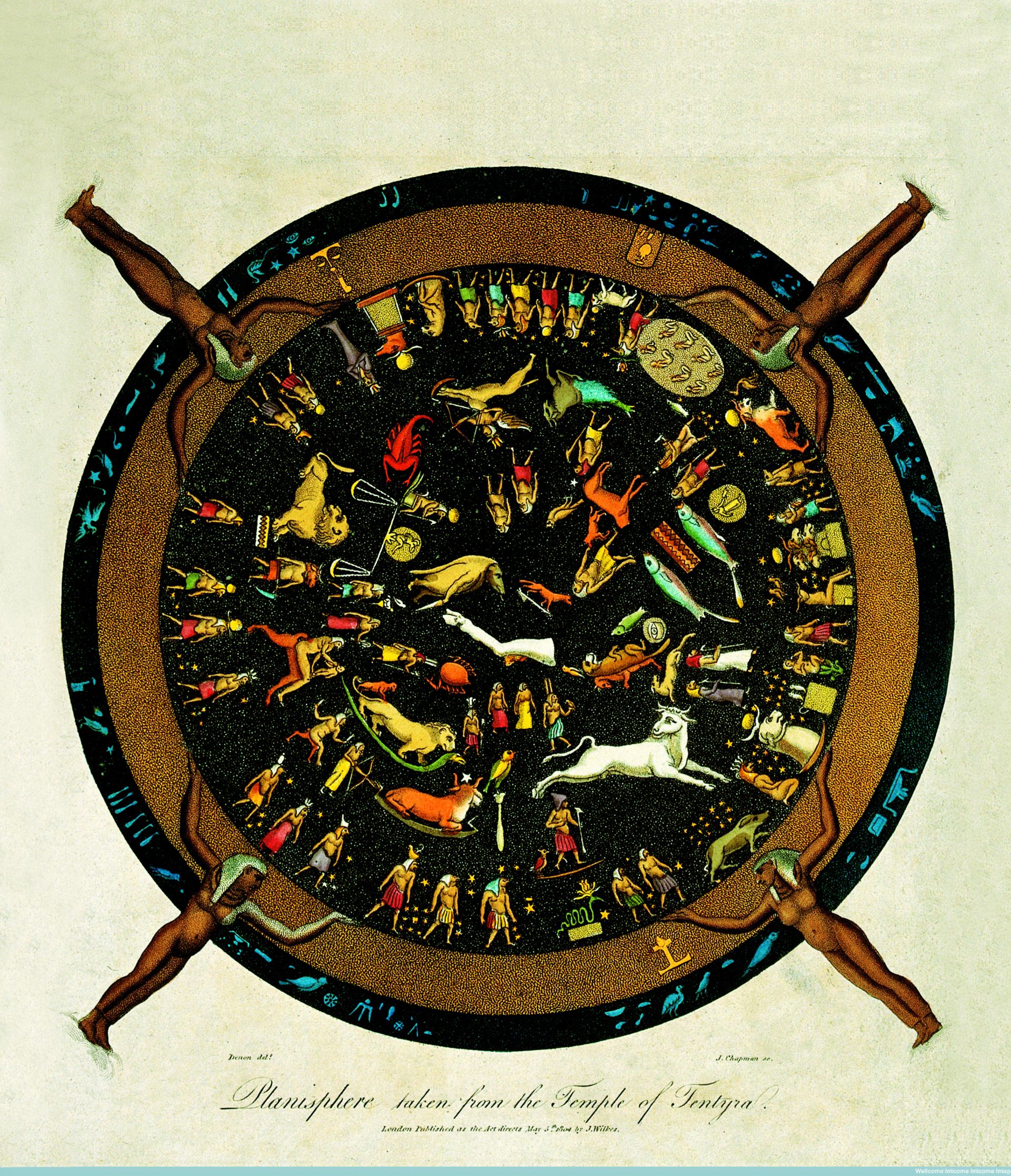 A 19th century illustration of the Dendera zodiac, a bas-relief on the ceiling of the Hathor temple at Dendera in Egypt. It is the only complete map of the ancient skies to have survived, and dates from around 50 BC. John Chapman after Vivant Denon, colored engraving of the Egyptian zodiac, Dendera.
Wellcome Library, London; Wellcome Images
Advertisement 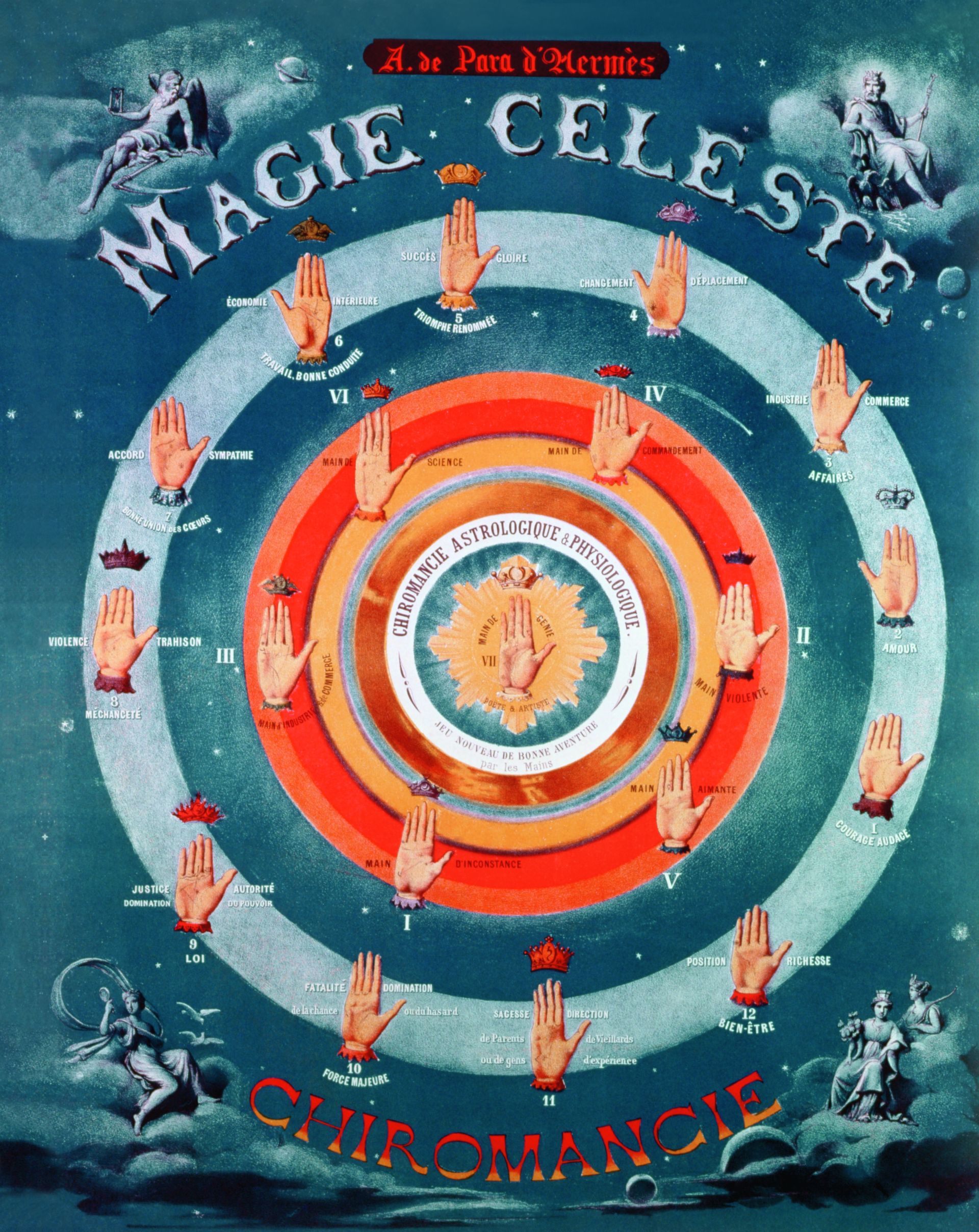 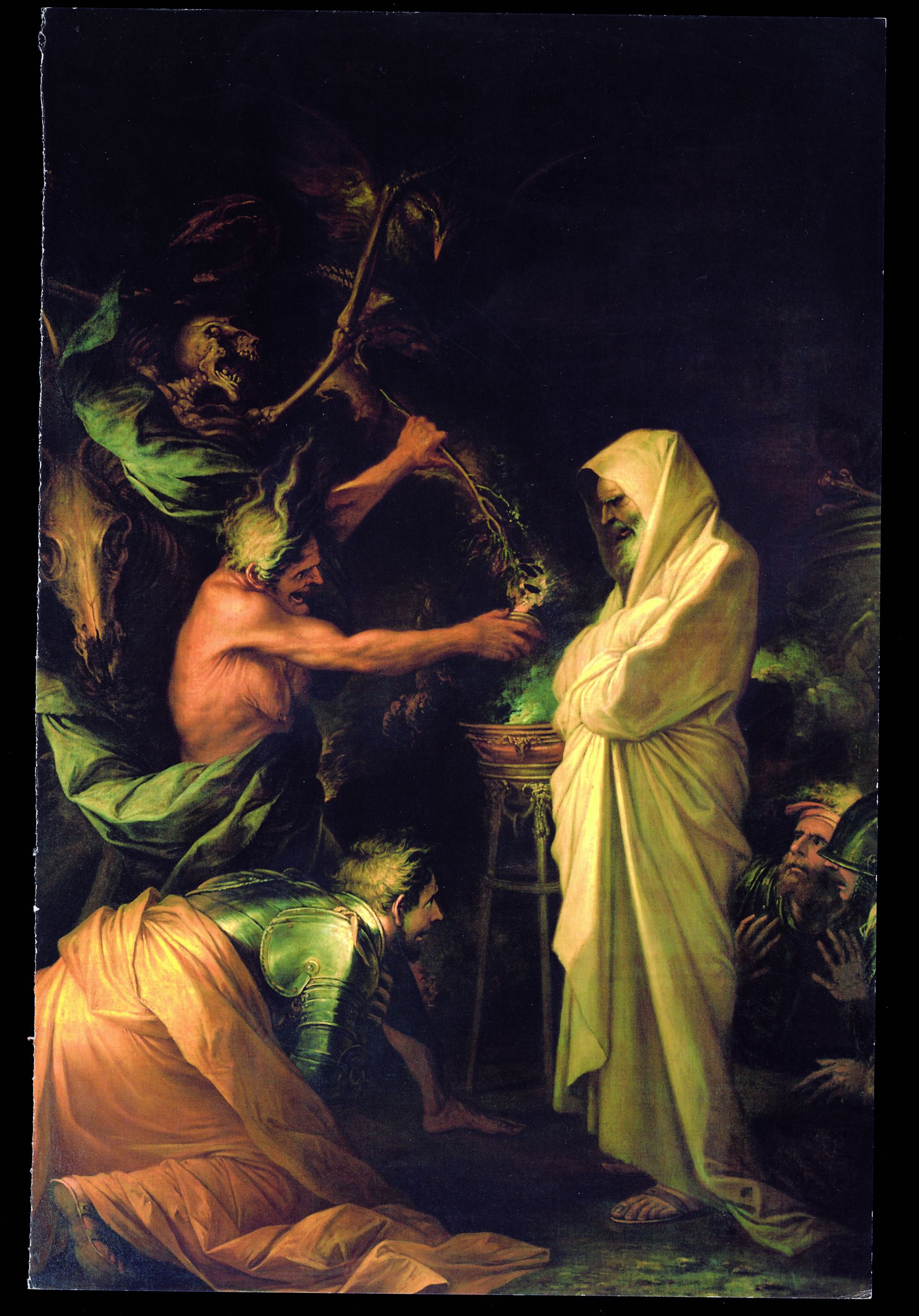 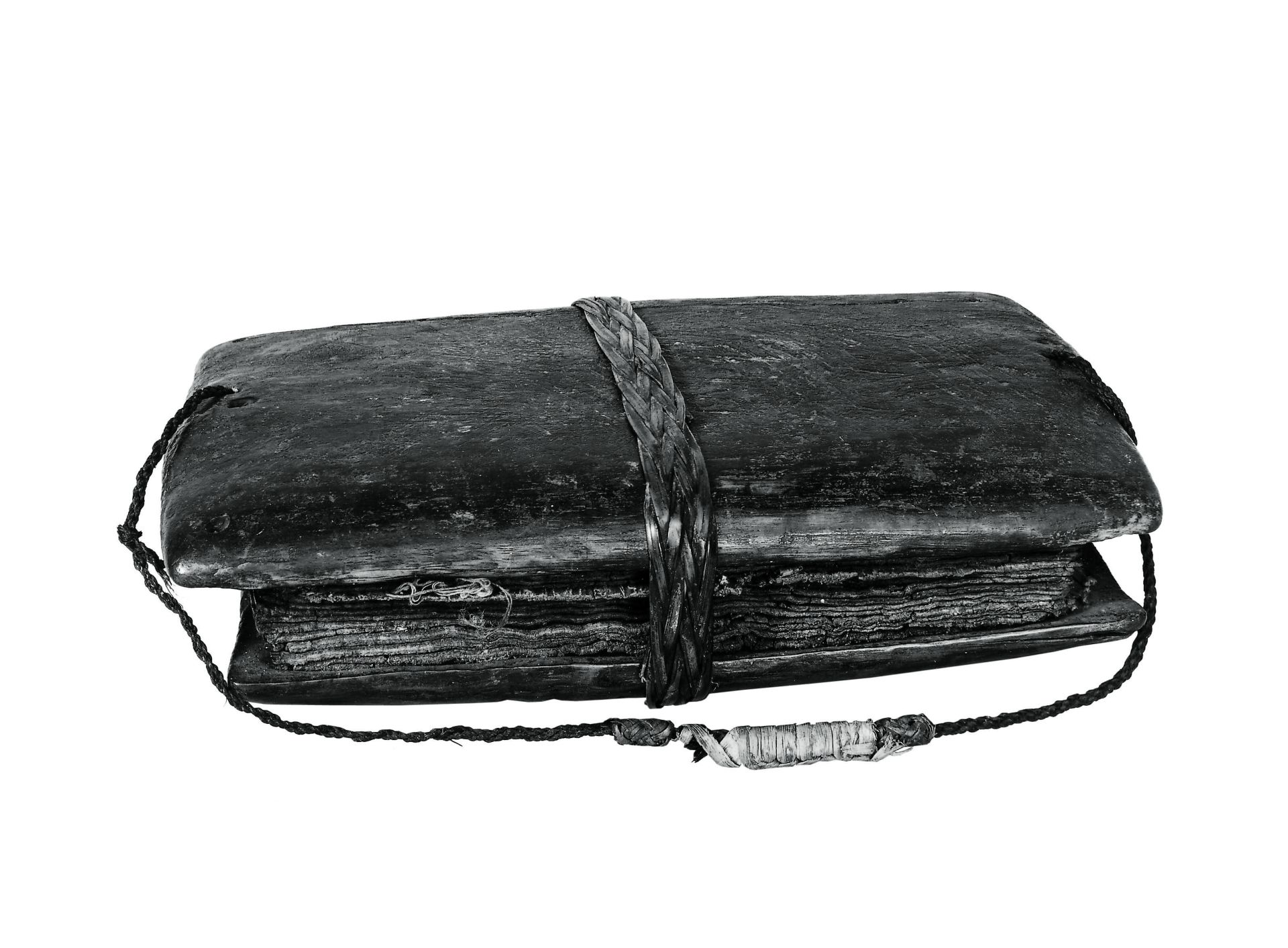 A book of magic spells from Sumatra. The pages are made from tree bark. Grimoire, Sumatra, Indonesia.
British Museum, London
Advertisement 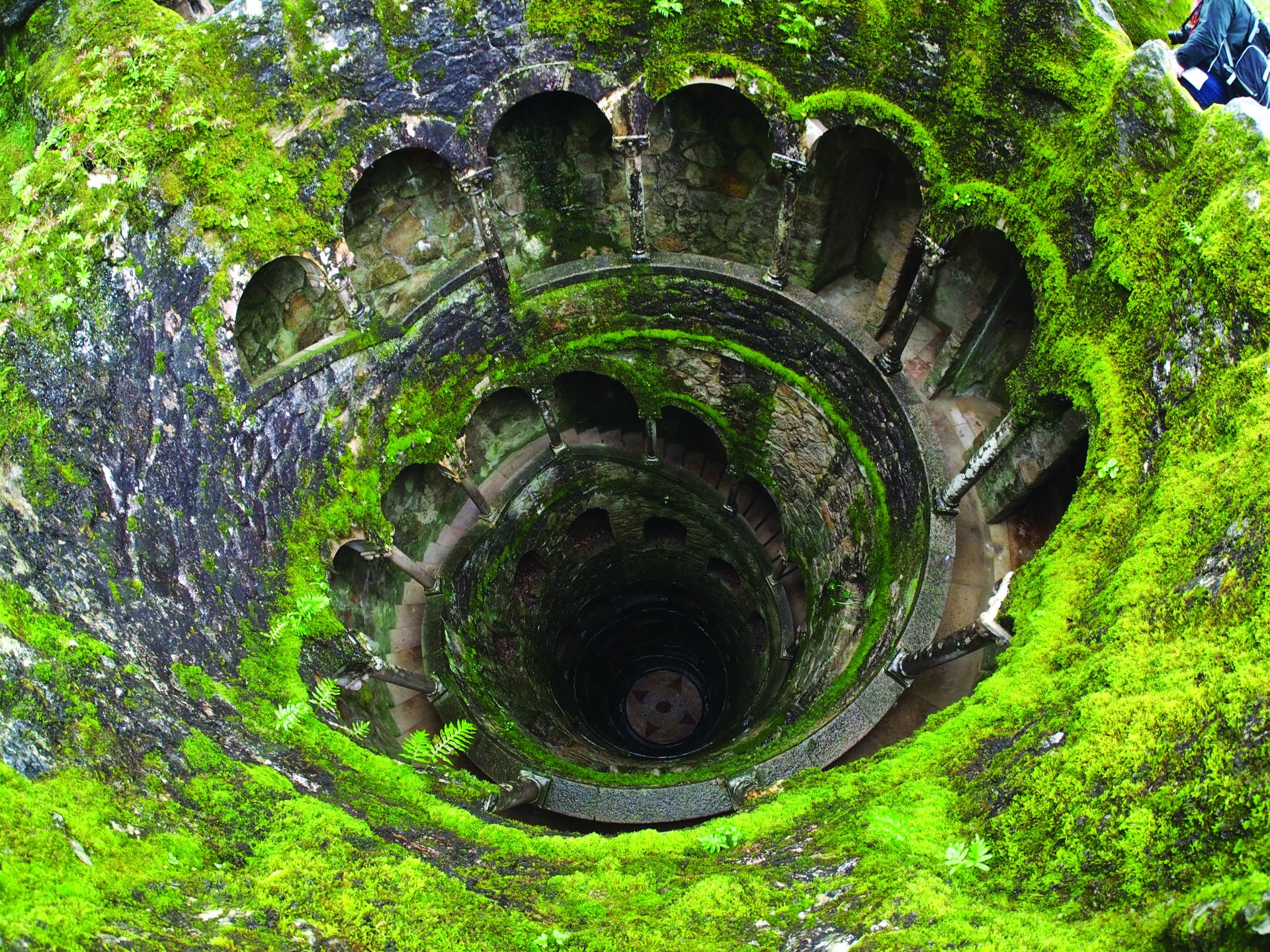 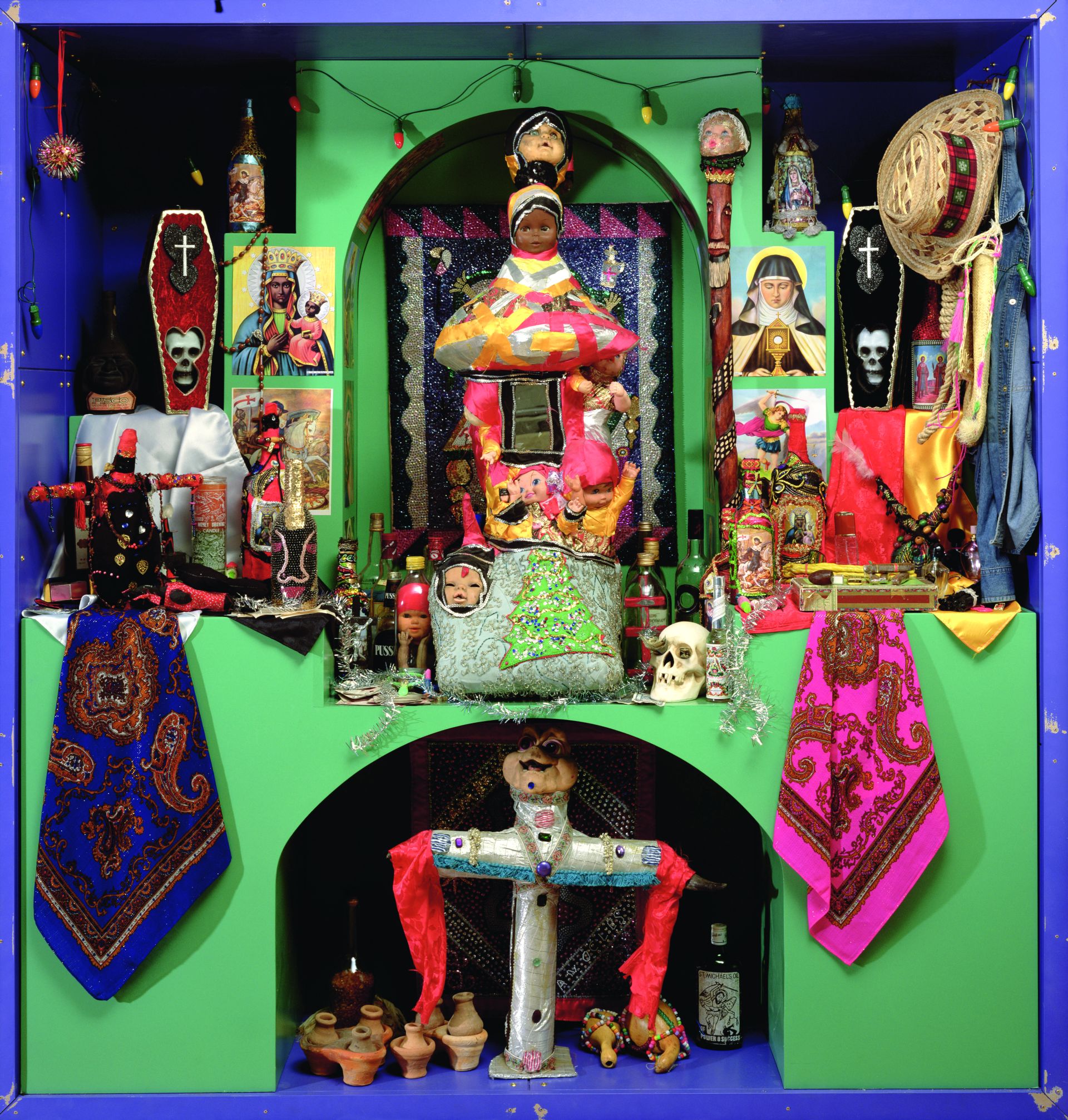 A Haitian voodoo altar, bringing together a wide range of symbolic objects and religious imagery. All Haitian voodoo altars feature a cross, which stands not only for the divine but also for the crossroads. Haitian School, voodoo altar.
Horniman Museum, London/ Photo Heini Schneebeli/ Bridgeman Images 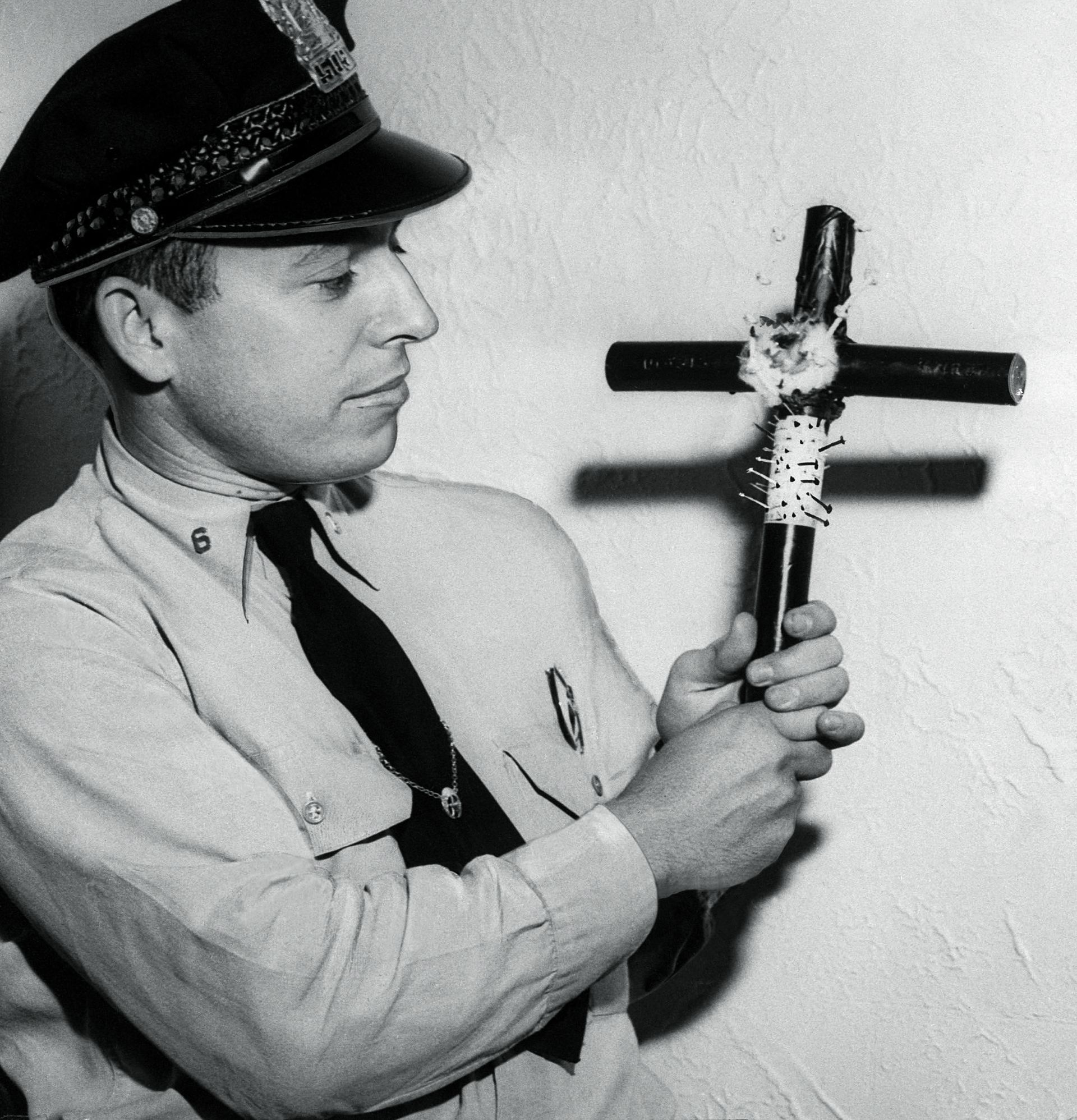 A New Orleans police officer holds a cross that has been studded with nails and decorated with special charms. Found on the doorstep of a woman’s house, and bearing the name of her fiancée, it was assumed to be a voodoo cross intended to split them up. Policeman holding a voodoo cross, New Orleans, Louisiana, 17 June 1949.
© Bettmann/Corbis
Advertisement 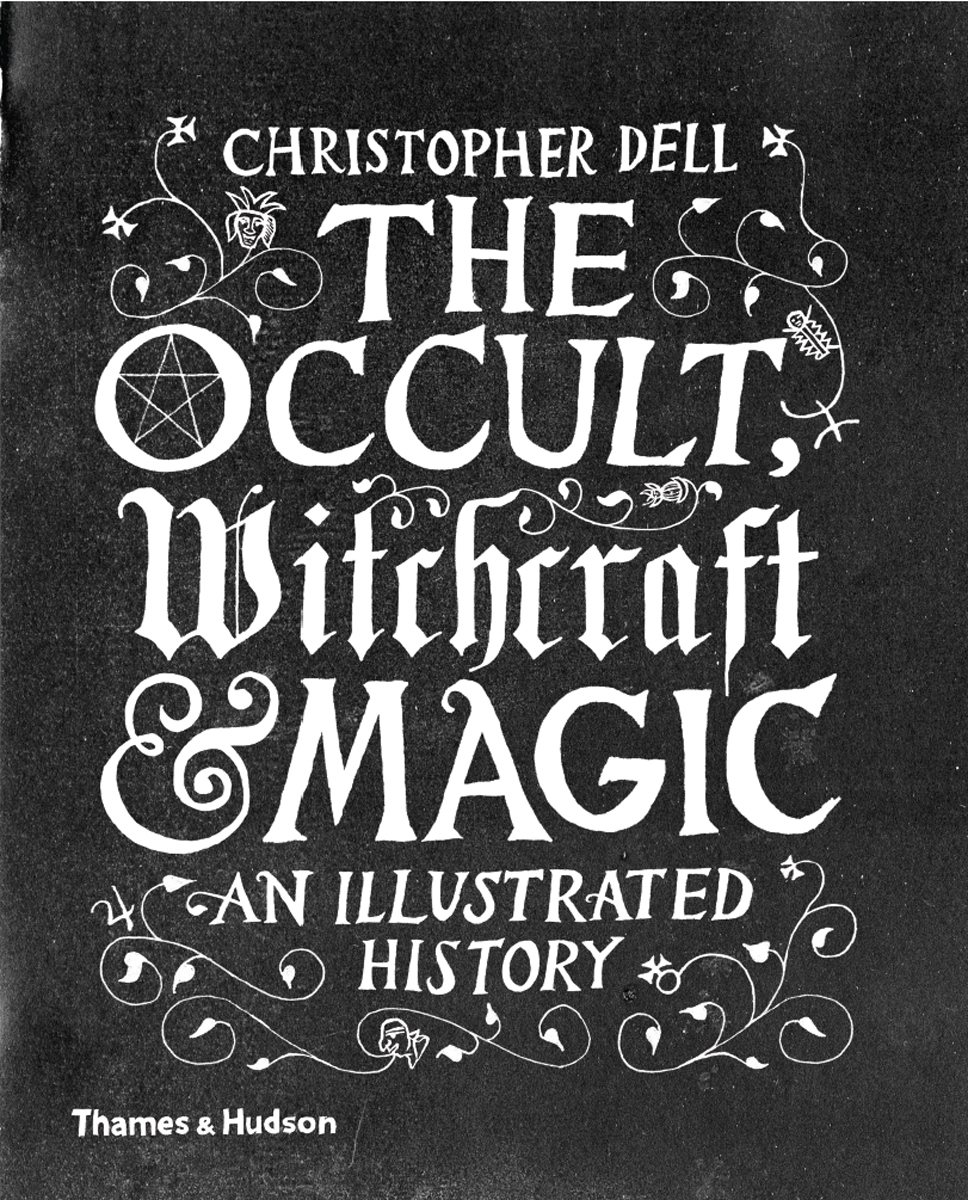 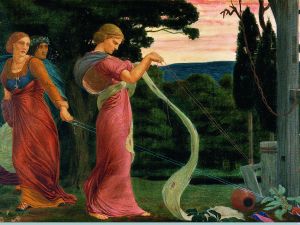 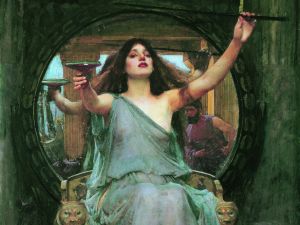 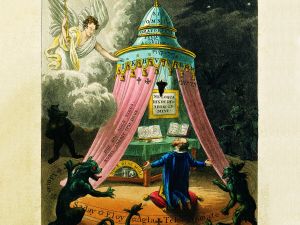 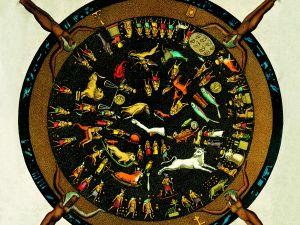 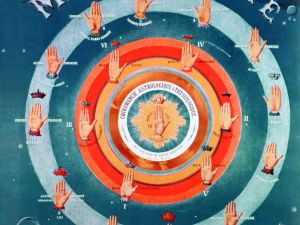 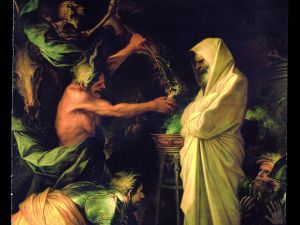 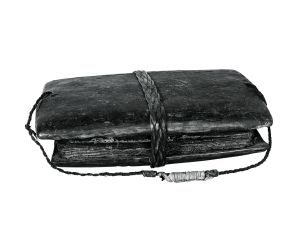 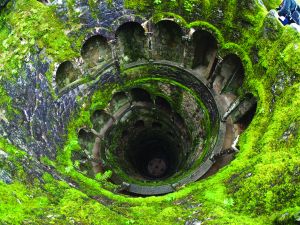 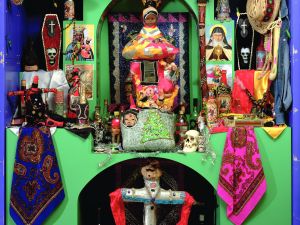 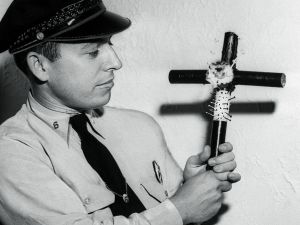 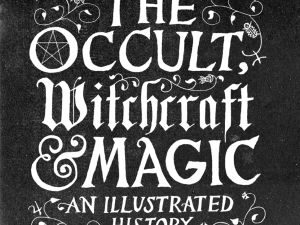 It’s official: magic is on trend. If you’ve been paying attention, you might have noticed that witches are seemingly everywhere right now. Books and films such as Lord of the Rings and Harry Potter have captured the imaginations of people with fantastical worlds fueled by magic. Witch-inspired fashion has made crystals, pendants, and Gothic lace all the rage, thanks to the work of designers like Alexander McQueen and Osman. But while pop culture has fueled the public’s recent fascination with witchcraft and the occult, understanding its long and complex history can still be challenge for the uninitiated. Look no further magic enthusiasts, historian Christopher Dell has found the key to deciphering magical history: visual art.

Dell’s newly published, image-heavy tome, The Occult, Witchcraft and Magic: An Illustrated History (published by Thames and Hudson) seeks to make magic more accessible by decoding its plentiful depictions across art history. Dell takes readers on a whirlwind tour, from the earliest representations of magical rituals in the ancient art of Mesopotamia and Egypt to understanding its familiar tools of the trade, such as wands and codices.

Dell’s own introduction to the world of magic came via art history. He studied at the Courtauld Institute of London where he specialized in 17th century Italian architecture with a focus on the mystical variety. Naturally, his studies led him to “recreations of the Temple of Solomon, the dimensions of the Biblical buildings, and the mystical magical properties of architecture.” “I’m fascinated by human depictions of imaginary worlds,” Dell tells me. Like Harry Potter‘s Newt Scamander, Dell has a thing for fantastical beasts: his previously published titles, Mythology: An Illustrated Journey Into Our Imagined Worlds and Monsters: A Bestiary of the Bizarre, delve deep into the peripheral stories and creatures found in magical writings. But it was Hermeticism—a philosophical tradition perpetuated by Marsilio Ficino’s 15th century translations of ancient writings on alchemy, astrology and theurgy—that kicked off his interest in magical imagery.

“Many books on magic are very tough to get into, and are structured around traditions,” says Dell. “I wanted [my book] to be very international. Every single culture in the world has its own monsters, mythologies and magical traditions, and there are lots of similarities between them.” For example, while the star and Pentagram can be linked to Israel’s King Solomon, it also has roots in Germany as a ward against evil. “Japanese symbolism has the same imagery, but totally different meaning,” he says. “Ultimately, I try to tell the complete story.”

In order to be as comprehensive as possible, Dell decided to include imagery that had never been published before. For this, he turned to London’s Wellcome library for its large collection of manuscripts and archives, and because many of its digitized works are now in the public domain. “The most difficult [thing] in general was how complex some of this stuff is—how many different interpretations [there are],” he says. “The imagery is often incredibly obscure, rich and difficult to interpret. But that’s completely deliberate.”

“By its nature magic is secretive. People don’t leave behind lots of interpretive texts,” he says. One such example is a picture he includes from the 18th century French book La Très Sainte Trinosophie, in his chapter on Freemasonry (page 318). The picture, which features a half-clothed figure anointing a naked man with a wand (or maybe a sword), stood out to Dell for its “brightly colored, bold psychedelic” imagery and use of strange symbolism. “Rosicrucian manifestos are off the charts weird,” he adds, referring this time to an illustration from the 17th century book Speculum Sophicum Rhodo­-Stauroticum (The Mirror of the Wisdom of the Rosicrucians), which depicts a winged castle on wheels as a representation of “the tenets of brotherhood.”

Many of the images in Dell’s tome are equally rich in text and phrases. “Words are important in magic. Magic has a physical element—an appeal to the metaphysical to have impact on the physical—and words, instructions and symbols have huge power.”

Alchemy, he says, relies heavily on textual symbolism. “Alchemy is a secretive practice—turning base metals into gold for eternal life—so valuable that people believed once they discovered the process they would pass it on to disciples through symbolism. There’s no straight forward tract,” he says.

Dell devotes much of his book to ancient and medieval imagery, but the foundation is essential for understanding his later chapters on contemporary magic and Neo-Pagan religions such as Wicca, Thelema and the Church of Satan. He places a focused lens on figures like Aleister Crowley and Gerald Gardner, whose interpretations of earlier writings and art formed the basis of the new religions they went on to found.

Now, with witchcraft making its way to the forefront in mainstream culture, I asked Dell where he was most surprised to see magical symbolism popping up. “Blackstar, the last work of David Bowie is super interesting—he’s freakish and weird, and I like anything that’s weird. His last few videos are so full of magical symbolism.”

For magic enthusiasts and art lovers alike, The Occult, Witchcraft and Magic is both Magic 101 and a visual tour de force that you won’t find in any one art history book. And for those wishing to explore magic beyond the page, Dell has included and a handy index of recommended readings on the occult, and a list of real magical places one visit across the globe.