SpaceX is taking on the task of returning humans to the moon for the first time in 45 years with a mission targeted for late next year.

SpaceX wants to launch its first deep space tourists for a week-long mission. The identities of the two passengers are currently under wraps until they are preliminarily cleared for flight. Here’s what we do know: The passengers are two private citizens who each have paid a “significant” deposit to fly on the Dragon spacecraft. They are currently undergoing health and fitness tests to see if they can survive the “long loop around the moon,” as CEO Elon Musk described it in a media call yesterday. The exact price per seat is still unknown.

“Like the Apollo astronauts before them, these individuals will travel into space carrying the hopes and dreams of all humankind, driven by the universal human spirit of exploration,” said SpaceX in a statement on its website. Humans have not travelled beyond low-Earth orbit since Apollo astronaut Gene Cernan left his footprints on the moon in 1972. Cernan passed away just last month.

The International Space Station is about 250 miles above the surface while a trip to circumnavigate the moon could span a distance of 400,000 miles. Unlike the Apollo missions, SpaceX will not attempt to land on the surface.

The far distance will require the 5 million pounds of thrust provided by SpaceX’s upcoming triple-booster Falcon Heavy and the safety & comfort provided by the company’s time-tested crew-variant Dragon spacecraft. The Falcon Heavy will have its first test flight this summer (making it the most powerful rocket in operation) while the Dragon will be tested without crew later this year.

SpaceX designed the Crew Dragon to carry a maximum of 7 and “provides a comfortable and safe environment for crew members” with a state-of-the-art Environmental Control and Life Support System (ECLSS). During their trip, crew can toggle the interior climate of the vehicle between 60 and 80 degrees Fahrenheit.

The human-rated Dragon has the capability to safely land “anywhere in the world” with its crew and has equipped the spacecraft with extendable landing legs and four thruster pods mounted to its side. This will enable a stable, controlled burn for a soft ground landing. SpaceX will also have a backup parachute in-tow in case the need for that kind of landing occurs.

Crew Dragon can be piloted by a crew member or by mission control at SpaceX’s headquarters in Hawthorne, California.

The vehicle is powered by eight SpaceX-built SuperDraco engines which will help enable the Dragon’s launch abort system that can safely jettison the crew capsule in the case of an anomaly during liftoff. SpaceX claims the G-force experienced by crew during an emergency abort will be similar to a ride at Disneyland.

Crew Dragon is essentially an upgraded variant of the current cargo-carrying Dragon that has been flying since 2010 when it helped SpaceX became the first commercial company to recover its own spacecraft from orbit. Two years later, the Dragon became the first commercially-built spacecraft to rendezvous and successfully dock with the space station.

The vehicle will also be reusable and SpaceX hopes to fly it ten times to the International Space Station before it needs to be heavily refurbished. Moon flights will be far more grueling on the Dragon and the vehicle will probably need to be refurbished after a few flights. SpaceX will fly a “flight-proven” Dragon cargo spacecraft to the space station for the first time during its next cargo run for NASA this year.

A third variant of the Dragon is being designed by SpaceX dubbed “Red Dragon” which will launch in 2020 atop a Falcon Heavy to deliver science and supplies to the Martian surface and establish a regular cargo route with our neighboring planet.

SpaceX recently launched their Falcon 9 rocket from Launch Complex 39A at NASA’s Kennedy Space Center in Florida for the very first time carrying supplies and equipment to the International Space Station aboard the Dragon. The mission marked a grand reopening of the facility that once hosted the historic launches of the Apollo program that put men on the Moon and the celebrated space shuttle missions that helped build the Hubble space telescope and the ISS.

“We’re in the process of building  a number of Dragon 2 spacecraft and we are targeting to launch that first demonstration flight late this year. From this pad actually,” said Gwynne Shotwell during a press conference at Launch Complex 39A last week. “There’s still more work to do on the pad to get it prepared for crew. We’ve got a crew arm to put in and we’ve got some other upgrades as well that we’ll work on in between the launches we execute here from 39A.”

The mission launched from LC-39A’s first commercial outing was pretty routine at this point—the 10th flight of SpaceX’s dragon spacecraft to the orbiting laboratory under a commercial resupply service contract with NASA. However, the launch of the first privately-operated rocket from LC-39A marks a turning point for both the federal space agency and SpaceX as operations in at the spaceport and low-Earth orbit are turned over to the commercial space industry over the next couple of years.

As NASA puts it, Kennedy Space Center will now be a “multi-user spaceport.”

SpaceX has signed a 20 year lease with NASA to host launches at LC-39A and about 15 years after SpaceX launches its first crewed mission to the space station and the first pair of tourists to the moon, Elon Musk envisions another historic crew launch taking place at the site: the first human mission to Mars.

NASA has awarded SpaceX over $3.1 Billion in commercial contracts to develop a human spaceflight using Dragon and fly four missions a year to rotate the crews and send supplies to the International Space Station. Following SpaceX’s moonshot announcement, NASA put out a statement “commending its industry partners for reaching higher.”

“For more than a decade, NASA has invested in private industry to develop capabilities for the American people and seed commercial innovation to advance humanity’s future in space. NASA is changing the way it does business through its commercial partnerships to help build a strong American space economy and free the agency to focus on developing the next-generation rocket, spacecraft and systems to go beyond the moon and sustain deep space exploration.”

Spacex’s first crewed mission to the ISS is expected to occur in the second quarter of 2018 with the transport of two NASA astronauts to the orbiting laboratory for a 14-day trip. If SpaceX can accomplish this feat within this timeline, they could be responsible for returning human spaceflight to American soil for the first time in 7 years.

NASA currently pays close to $80 million a seat to the Russians for a lift aboard their Soyuz spacecraft. If SpaceX flies a full crew aboard the Dragon 2, they can reduce the price per passenger to around $20 million a person. Elon Musk claims that trips around the moon would only cost “a little bit more” than flights to the space station.

SpaceX is also designing their own space suits which the first private moon visitors and NASA’s astronauts will wear. They are expected to be unveiled very soon.

“Our space suits are really cool and they look really good. We’ve spent a ton of time on the engineering—obviously the utility piece. We also wanted them to look really good,” said SpaceX President and COO Gwynne Shotwell at Kennedy Space Center last week. “We’re trying to inspire the next generation, future generations, and maybe even some past generation folks to be thinking about the future and thinking about space travel.”

When questioned about possible delays facing the first crewed flight of the Crew Dragon citing possible safety issues, SpaceX’s president responded with a “the hell we won’t,” and insisted they will fly crew in 2018.

With SpaceX beginning human spaceflight in 2018, the company’s long-term plans to build a city on Mars and push out through the solar system is coming into focus. “We’ve not been shy about saying that really the reason why SpaceX was founded or why Elon founded this company was to build space transportation systems that could ultimately take people to other planets. We’ve got our sight on Mars,” explained Shotwell.

“Frankly, I think destinations outside of our Solar System are more exciting than Mars. But we got Mars so we’ll try to get there very quickly actually. We are very focused on accelerating that program as much as we can without losing sight of the important work we are doing now for NASA and our other commercial and government customers.” 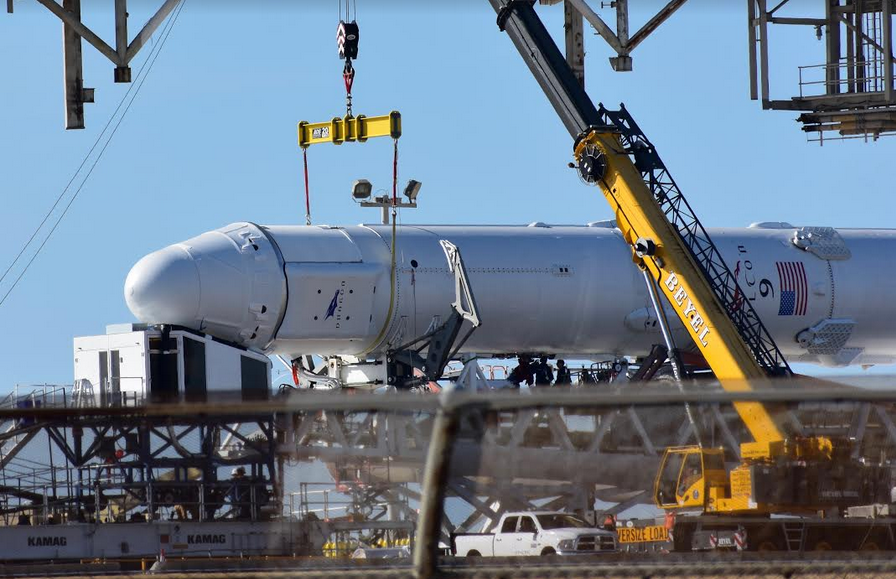