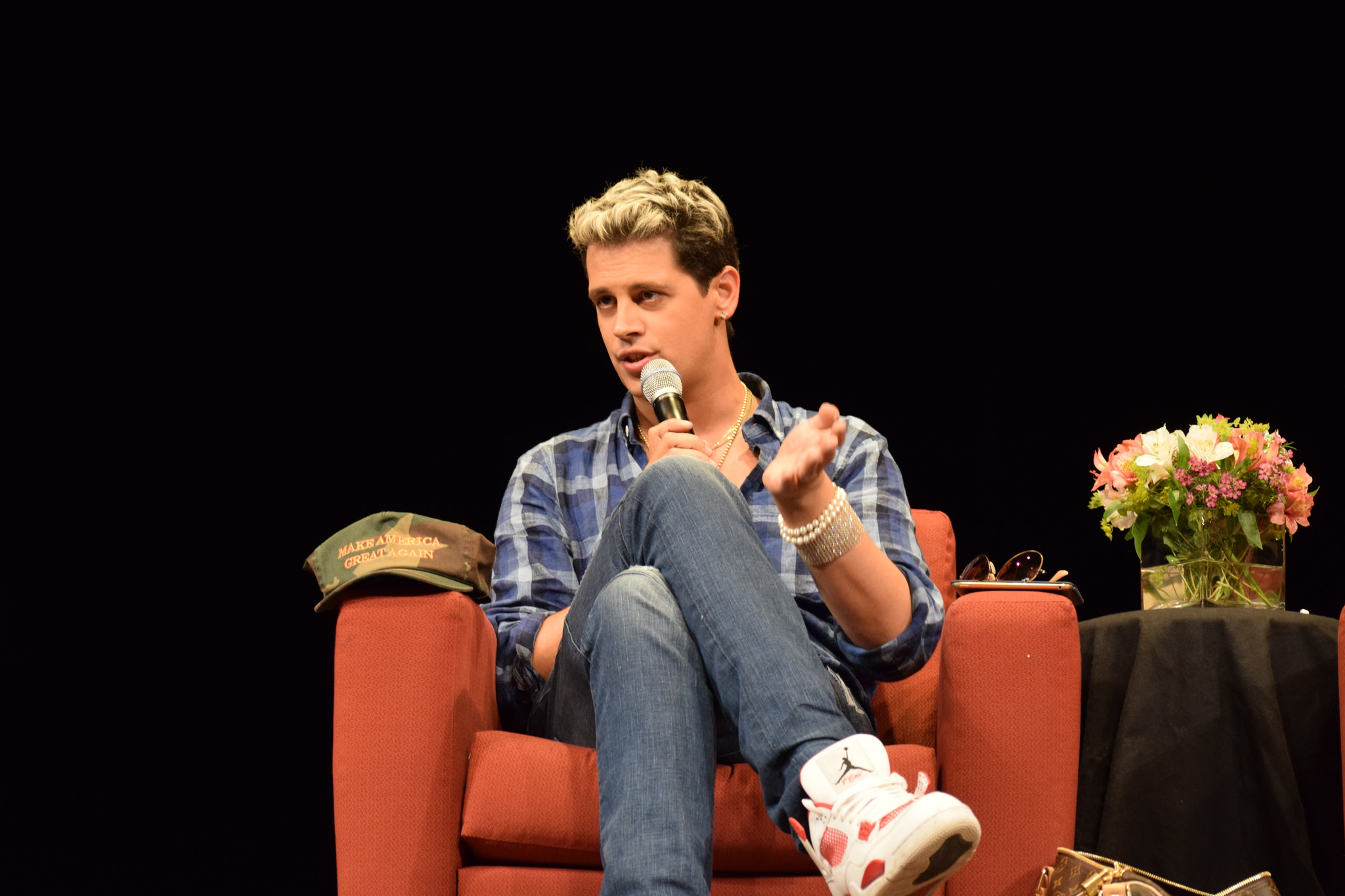 Last summer, on my 22nd birthday, I recorded a podcast on one of the most controversial talk-shows in the world: The Milo Show hosted by right-wing provocateur Milo Yiannopoulos.

I went on with an agenda, seeing it primarily as an opportunity to broadcast an amplified hedonistic, apathetic, camp-speed freak character I’ve not seen represented in the American mainstream in decades to a particularly “conservative” audience. I was in shock-jock drag. This was a social experiment.  Everything I said on the podcast was intended to shock and challenge minds. I am a bi-racial libertarian man and a freedom of speech activist. I wanted to challenge a broad audience with intentionally provocative and sarcastic theory.

“Grimes could never be the next Trent Reznor, she’s not a man!”

“If you are so sensitive, don’t ask for trigger warnings and censorship—just shoot up heroin!”

“Madonna got raped, and she made the Erotica album, after. You can use your victimization to empower you.”

It wasn’t about the content of what I was saying, it was simply about the act of saying it in a world in which almost every clickbait filter bubble cultural publication is coddling a sensitive repetitive narrative to protect people’s feelings, not allowing them to be exposed to different ideas that are “politically incorrect.” As an artist, this felt necessary. I wanted to force people to question and to not stay so comfortable, brainwashed and complacent in our current cultural consensus. It was a challenge to my peers.

Neither I, nor the character I was playing shared Milo’s views yet because of my association with him, millennials in my life immediately came to the conclusion that we were cohabiting intellectually on the same page, in the same space. Bill Maher is not right-wing because he has Ann Coulter on his show and allows her a platform for her ideology. This is a problem and could be why the young-left sleepwalked their way into a Donald Trump presidency, too busy being offended over vanity identity politics, too busy spending the past 2 years reading clickbait about the real important issues in this world: a Hari Nef Twitter meltdown, cultural appropriation and Sky Ferreira outraged over a man calling her hot.

When I listen to Milo speak, I still question, and I think for myself, and I would hope Milo would want people to do that with the material he provides them with when he speaks.   Milo is a good example to remember that all types of thinking exists in this world whether you like it or not, no matter how uncomfortable it might make you. Milo should be a reminder of the importance of questioning cultural consensus but it’s not very smart at all to blindly follow him, it’s smart to follow and go with yourself and to make sure the second, you feel comfortable; you challenge yourself.

After the podcast aired, I received emails from numerous right wing listeners calling me a “sand nigger,” because of my Iranian last name. Breitbart hilariously turned quotes into clickbait to fit their psychotic conservative narrative agenda, which did not shock me. What really fucked me up was the amount of friends who know I am a libertarian that stopped talking to me. Almost every liberal in my life treated me as a “suppressive person”. Texts came in every night: “Alex, we can’t be friends anymore after you did this. I’m sorry, you just went too far.” “How could you do this? How could you ever speak to that transphobic, misogynistic, xenophobic, alt-right Nazi racist piece of shit? How could you?” “FUCK YOU ALEX KAZEMI! FUCK YOU! YOU ARE SPREADING HATE!” Only one minority friend, a non-binary gay man called me in support. “Thank you so much for doing this, it was so refreshing and it felt so different to hear people just talk so freely without being offended by one another. No one ever does that, anymore.”

Every time I read a new message I would question myself, a repeating chorus:

“Am I dangerous for conducting this experiment? Am I insane for believing in the freedom of people’s minds and ability to think whatever they want? Does that make me a monster? Am I fucked up for not wanting to censor someone with opposing views from me, and allowing them to speak even when I disagree with everything they are saying? Do I have to protect everyone in my life from being offended? Do I need to start giving out trigger warnings in SMS conversations? Why are they all so obsessed with censorship, like it is achieving anything?”

How did disconnecting from me further my millennial friend’s argument, by pretending I was their evil opponent, even when they knew me and my views. I don’t know, but to them leaving me as a carcass clearly was a virtuous act of subversion in a very sensitive world-climate.

All I know is for those on the left, the best way we can fight back against the right’s toxic claim that “leftists are not tolerant of freedom of speech” trick is to constantly question all media’s consensus, display our value for everyone’s freedom of speech rights to remind everyone that other people with different views can co-exist, have a dialogue with one another and never ever have to agree with each other, like ever…

Alex Kazemi is a 22 year old Canadian cultural critic and pop artist. He is also a contributor to V Magazine and is currently working on his first novel, Yours Truly Brad Sela. He also created the first viral real-time Snapchat movie—Snapchat: Mudditchgirl91. His work has been featured on Thought Catalog, the Bret Easton Ellis Podcast, Playboy and Dazed. 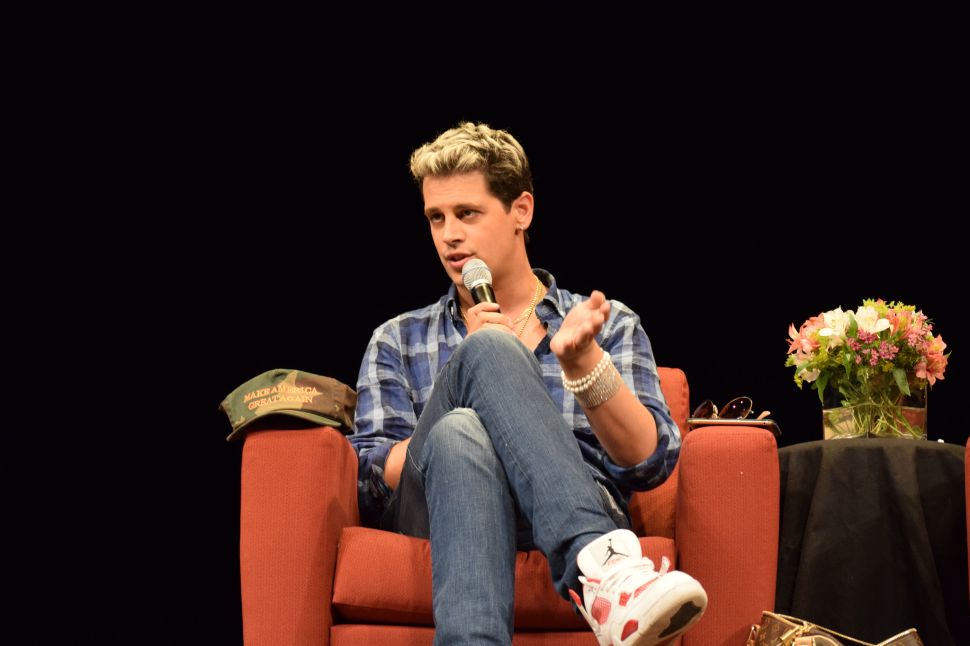