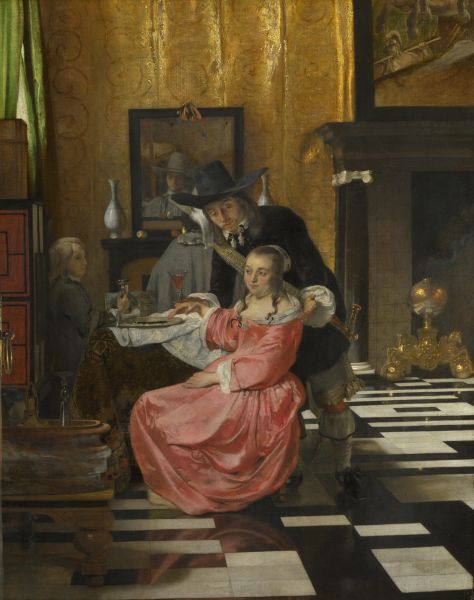 I found myself longing for a deeper connection than the ones I was getting by swiping right or left on Tinder and Bumble. In case anyone out there is still wondering, these are not apps for the relationship-inclined. Getting your foot past the boudoir or even just the front door on dating apps is often based on looks alone. Most guys I matched with immediately propositioned me with sex. I had hoped using these apps would have been akin to flipping through a catalogue of possible suitors whom I could meet with for conversation in a public place at least a few times. Being invited over to their homes immediately for sex was flattering and all but a little scary to me.

The idea of being intimate with a stranger, no matter how attractive they were, seemed more stressful than satisfying after a few swipes on Tinder. As I perused the dating apps on my phone, I thought I had found at least one cute guy to go out with. We wrote back and forth for a few days and then made tentative plans to have drinks during happy hour. Maybe he was looking for more than a hook up. Still, a bar seemed daunting—I didn’t think proclaiming my sobriety would’ve been happy-hour fodder.

“Don’t make a big deal out of being sober,” a good friend said. “Just ask if he’ll meet you for coffee. If he says no, he’s a dick.”

“Hey, I was thinking, let’s grab coffee. It will be quieter than a bar,” I wrote.

His immediate response: “You don’t drink?”

“Not a lot really,” I replied. The moment I wrote that, I felt like I was lying to make someone that I didn’t even know happy. I had no problem revealing my sobriety status but when the time was right, not over Tinder messenger. I figured since I didn’t make a big deal about it, it wouldn’t be.

“Do you have a problem with alcohol?” he asked.

“I don’t have a problem with people drinking around me at all.” Attempting to distract the conversation, in all caps, I added, “LOL!” After a few hours passed, and I didn’t hear back from him, I saw that our messages had disappeared, meaning he had blocked me. It was probably for the best, but still, I did not like being judged.

I know I’m not the only single female dating out there who abstains from alcohol. There are plenty of people who choose not to drink for health reasons, and some just because they don’t like it. I had a problem for a few years, even though I struggled to accept and admit it at first. I dragged myself to an outpatient medical supervised detox to prevent any withdrawals, or seizures that can lead to death. Physical side effects may cease, but after one stops drinking, your mind gets bombarded with the thoughts that you tried to suppress by self-medicating. That’s when the real work and challenges appear.

As someone who was extremely enthusiastic about alcohol, it seemed impossible to imagine a life without throwing back cocktails. Would it be boring? What would happen? Oddly enough when I got sober, things seemed to fall into place. Why would I be ashamed of the reason behind my miraculous new outlook on life? Why would it have to be a bad thing to let people know I had decided to get my shit together and how I did so? I was proud of this, but not everyone is open about being in recovery. There’s that fear of being placed in a category that came along with a stigma. By being open about it, I always hope to change at least one person’s outlook.

I’m an equal-opportunity dater. It’s fine if you can hold your liquor, but if you end up wasted and recklessly puking on me, it most likely won’t work. I won’t judge acquaintances for drinking responsibly, as I would hope they wouldn’t judge me for not drinking at all. I’ve sadly discovered it’s difficult to find that mutual respect.

My ex was also in recovery, but it was somewhat of a double-edged sword nagging one another to make it to meetings. Dating in sobriety was foreign territory to me after divorce. It was a case-by-case situation. I had many ideas on how to make things go off without a hitch or awkwardness.

I decided to meet up with a guy named Thad I met on Bumble. He asked me out for happy hour. I agreed but planned ahead. I made sure I got there 15 minutes before, ensured I could get myself a club soda and have a beverage waiting for him.

When he arrived he seemed cute enough. Something about him was creepy. He would ask me questions almost as if he had been rehearsing how to prepare for a date. I nursed my soda while he threw back three scotches on the rocks. He reminded me of someone—I just couldn’t place quite who.

“You need to catch up babe,” he said as he put his hand on the small of my back. Then I suddenly realized what it was. It was as if Patrick Bateman and Ted Bundy had a baby together. This wasn’t good. He was looking to get laid and maybe attempt violent sex with me and possibly kill me.

He flagged down the bartender to buy the next round.

“I’ll just have a club soda,” I said casually.

“With vodka,” he stated.

“That’s it?” he said looking at me with daggers coming out of his eyes as he frantically processed the fact that I wasn’t drinking.

“So you’ve been having club soda while I’m drinking alone? Can’t you just have one shot? Or have one glass of wine.” He looked at me as if I had betrayed him in some way, all for not drinking. He was attractive, and he was probably used to liquoring up girls and having his way.

I knew how to get rid of him, so I went for it. I played the drama card.

At first, it seemed like he was ready to bolt. Then he calmed down. “Really? You seem normal I never would’ve guessed. You don’t look like one. Can’t you just have one shot, just one?” Leaning in a little too close to me, he whispered in my ear, “I still want to fuck you. You’re hot.” I decided that it was officially time for the date to end.

“Sorry we didn’t meet when I was drinking,” I said with a hint of sarcasm. “I was a huge lush back then! We would already be back at my place in bed.” He smiled, but he wouldn’t for long. “Honestly, you’d have a better chance of scoring tickets to Hamilton than going home with me.”

“I’ve got a great ticket broker,” he said, not quite realizing I was being facetious.

“Good for you!” I said, and then walked out of the bar not looking back. I was rapidly losing all hope that dating was even possible for me again post-divorce. It was certainly proving to be pointless.

Once again, I deleted all dating apps from my phone. Everyone says you’ll meet the right person when you least expect it. Swiping right and left had left me expecting nothing less than tons of trouble—not a love connection. As I walked home, I glanced down at my phone: I had gotten a text from the Ad Man my friend Hillary had encouraged me to meet up with.

“I’m in New York! Let’s get together. It’s been forever. We have a lot of catching up to do.” Calming down from my bad date and relieved I wasn’t raped or murdered, I was just happy to be alive. Perhaps, I would text Ad Man back in the morning, or maybe I wouldn’t. I’d have to sleep on it. 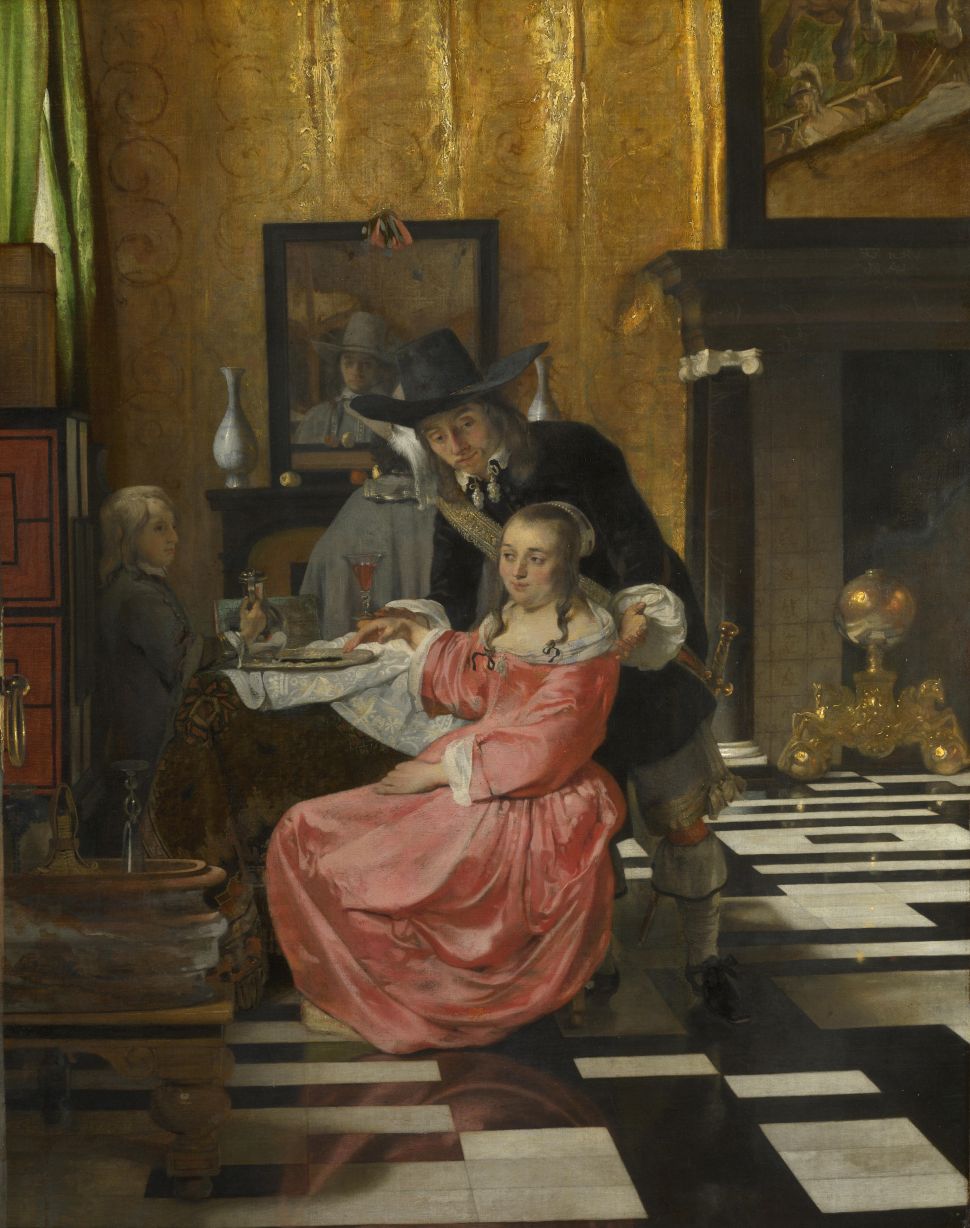