Take a deep breath. I know, I know. Christopher Nolan is a visionary. You have the top from Inception tattooed on your ankle, and the first dance at your wedding was to the score of Interstellar. You’ve dressed as Heath Ledger’s Joker every Halloween for the past 9 years. Yes, I agree, The Dark Knight is a great movie. A really great movie, probably the best Batman movie ever made.

But—and bear with me here—The Dark Knight Rises is a bad movie. And The LEGO Batman Movie was better, by nearly every metric.

First, let’s review The Dark Knight Rises, because, if you’re anything like me, you saw it in theater five years ago and haven’t seen it again since. Even reading the Wikipedia summary now, I am filled with fury. Just read these sentences: “Cat burglar Selina Kyle obtains Wayne’s fingerprints from his home and kidnaps congressman Byron Gilley. She sells the fingerprints to Phillip Stryver, an assistant to Wayne’s business rival John Daggett.” Who are those three random, non-Cat Woman people? Those things had absolutely nothing to do with the central plot of the film which, if I recall correctly, was “A heavily accented muscle-villain tricks all of Gotham police into getting trapped in the sewers so he can take over the city and let Scarecrow have a fun little kangaroo court before he blows up the city with a nuclear reactor bomb, all for the love of this hot girl we just met who turns out to be the villain from the first movie’s daughter, and also he breaks Batman’s back and then leaves him in a distant pit somewhere with access to cable television.”

Let’s say nothing of the decision to cast attractive actor Tom Hardy and then completely cover his face, inadvertently making it even harder to understand the nonsense sounds coming out of his face; or the way riding into the stock exchange on a motorcycle with a gun allows Bane to make Wayne Enterprise lose all of its money somehow when obviously the government would just like, put a hold on all trades when clearly there was a crime that happened; or the fact that Bane decides to put Batman into that distant prison pit instead of just killing him after breaking his back even though Scarecrow’s kangaroo court was already putting all the rich people in Gotham to death, why wouldn’t you put Batman/Bruce Wayne to death, because what is this, The Great Mouse Detective, where the villain just leaves the hero seemingly incapacitated but unsupervised so he can pop back at an inopportune moment to foil your plans? Actually, I will say something of those decisions: very dumb.

There are endless dumb plot holes in The Dark Knight Rises that your brain just sort of skips over because you’re distracted by exciting booming music. But even overlooking a nonsensical plot, The Dark Knight Rises finds itself so caught up in its own spectacle that it fails to satisfy the basic emotional beats that create a satisfying film. In order to show Bruce Wayne is lonely and down on his luck, The Dark Knight Rises has him pacing a dusty house like a ghoul, dragging his fucked-up knee or whatever. When Bane does his somehow allowed stock maneuver, Nolan telegraphs “Batman is poor now” by having movers literally emptying the fancy furniture out of his house, like he’s now a hobo in a silent film, because this former billionaire lost so much money in this blatantly illegal stock operation that now he has to sell his chairs to pay for beans in a can.

The LEGO Batman Movie shows us Batman’s problems in a way that’s more interesting and a million times funnier. What better way to show us the downside of being a reclusive billionaire than eating lobster thermidor alone in a pool? Or showing up at the Fortress of Solitude only to see a Justice League party going on that he wasn’t invited to? And it’s not just funny—it cuts to the heart of who Bruce Wayne is in a way that “depressed guy skulking around a mansion” doesn’t. LEGO Batman uses humor to give us a man who suffered loss so early and traumatically that he’s cut himself off from all meaningful relationships and now is feeling the consequences. Overcoming that challenge is Batman’s central arc for the film: it’s clear and meaningful and interesting. Ask yourself what the character arc for Batman was in The Dark Knight Rises. “Working out until your broken back is less fucked up,” doesn’t count. Neither does “Don’t put your dick in crazy.”

“But LEGO Batman was for kids!” you shout at your computer, strings of spittle dangling from your lips and splattering the screen. “It was made of LEGOS! A kid’s movie!”

I could defend the beauty and poignancy of movies aimed at children—I might argue that the portrayal of loss and love in the first ten minutes of Up was as masterfully done as any indie darling; or that the very idea of nostalgia had never been as creatively portrayed as when Aton Ego was transported back to his childhood as he took a bite of ratatouille; or that any shot from a Wes Anderson film could go head to head with one from Studio Ghibli in terms of aesthetic richness. But I won’t.

The LEGO Batman Movie isn’t good in spite of being a movie aimed at children; it’s good because of it. Come on, you know Batman is kind of already for kids. It’s about a billionaire with unlimited funds and technology who fights ridiculous costumed villains while he’s dressed like a giant bat, cape and all. He’s basically Spring Heeled Jack from the pages of your good old Victorian penny dreadfuls if he were punching villains and not ladies.

Trying to turn Batman into a cool hero that can exist in the real, non-primary colored world worked in Batman Begins, and in The Dark Knight but Dark Knight Rises was so far up its own ass that what was supposed to be “gritty” just ended up as indulgent and dull. The comic book logic that Batman needs to survive became self-importantly earnest instead of fun.

And Batman is supposed to fun. He’s a comic book hero that children dress up as for Halloween. He’s Adam West dancing to funky tunes. He’s shark repellant spray and an orphan circus boy sidekick and costumed villains. The LEGO Batman Movie leaned into our pop-culture conception of Batman—the rich loner who’s the world’s greatest detective but also the dumbest person in the room, the Batman whose Bat Cave password would be “Iron Man sucks.”

There’s a great scene in The Dark Knight where the Joker gives an unsettling half-smile to Batman. “You complete me.” Their relationship, Batman and Joker, dark and darker, the two sides of Harvey Dent’s coin, is the beating heart of the Batman mythology. Whereas the Dark Knight Joker wanted to prove that he and Batman were really no different, the LEGO Joker wanted to make Batman realize that their particular villain-hero relationship was special with the desperation of a dejected crush. It’s more playful, but it’s still a manifestation of the same relationship. I can almost guarantee it wasn’t a coincidence that The LEGO Batman Movie has Batman watching and re-watching Jerry Maguire in his home theater, set to that famous scene: “You complete me.”

Making Batman self-serious is the worst mistake you can make with a hero whose actual, canonical villains include Crazy Quilt, Clock King, Catman, Egghead, the Eraser, Gentleman Ghost, and Condiment King. You’ll end up with a dull and dragging three-hour dirge of explosions and people whose names you’ll forget. Robin will be a personality-drained detective instead of the flamboyant boy wonder he should be. You’ll try to squeeze in so much foggy messaging about Occupy Wall Street and the upper class that it will all somehow cancel itself out, and all that will be left is people’s impression of your villain’s silly voice.

Batman lore is a rich repository of nostalgia and silliness, and The LEGO Batman movie uses every bat-weapon in its arsenal (including the shark spray) to do it justice. 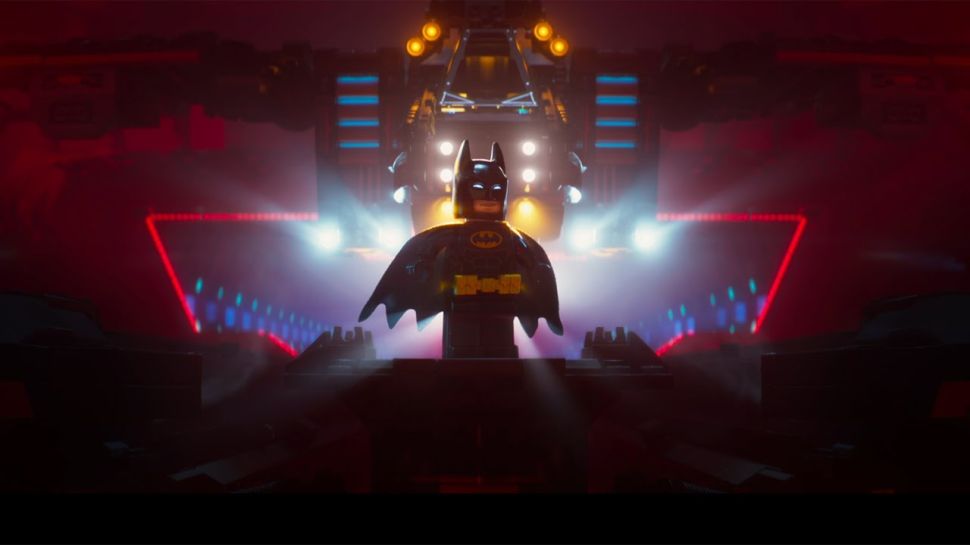