OK, now he’s really done it. The president has pissed off the witches of the world.

Tonight at midnight, thousands of witches, other practitioners of magic and even celebrities such as Lana Del Rey will take part in casting a spell on Donald Trump. And that’s not all—they plan to do so at midnight on every waning crescent moon until he’s removed from office.

What they’ll be casting is a “mass binding spell,” which is one of the oldest in history and is universal in the world’s magical systems. Different than a curse or a hex, the purpose of is not to harm Trump but rather to prevent him from doing harm to others.

“This is not the equivalent of magically punching a Nazi,” reads the FAQ on the Facebook community for the event. “Rather, it is ripping the bullhorn from his hands, smashing his phone so he can’t tweet, tying him up and throwing him in a dark basement where he can’t hurt anyone.”

The movement began and has been living on Facebook, where hashtags #magicresistance, #bindtrump and #feb24 are being used to discuss and promote the spell casting. More than 6,000 people are following the group’s updates, and the organizers claim it will be the “largest mass binding spell in history.”

Witches worldwide as well as other spiritual people and practitioners of magic, regardless of their experience, are being encouraged to join in as well. Interested but don’t know where to begin? There’s a spell document to guide you, that after being originally spread though online magical groups, has made its way onto Medium, thanks to an anonymous “member of a private magical order.”

The document outlines the following as the items needed for the spell:

The document also explains the ritual, or what you do with all of these items and what you say while doing it. 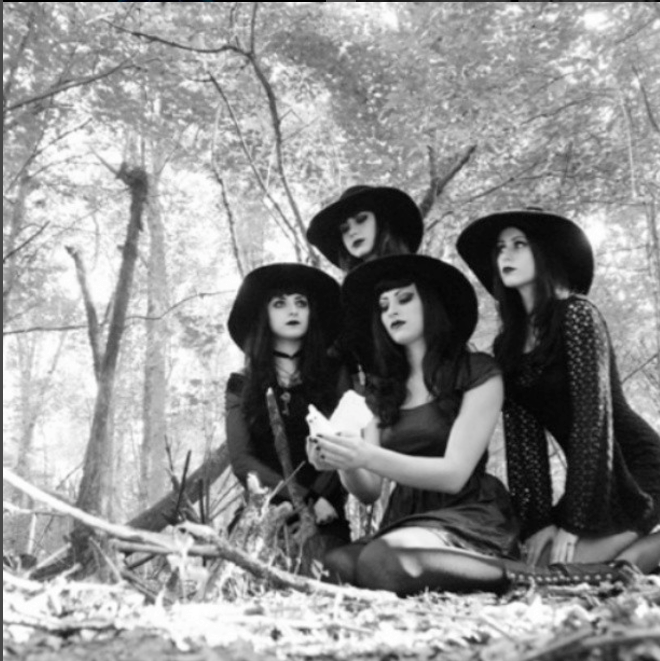