It’s 4:00 a.m. You’re half asleep. You have to go to the bathroom, but you’re too tired to get up. Should you go, or should you stay in bed? You opt to get up and go. Afterward, you can’t get back to sleep.

The latest shenanigans by the administration were awful. They crossed a red line. That was it. There is no turning back. It’s why you can’t sleep.

It was a rough night. And every day is a rough day. Every day is anxious, and every day will be like this for the next four years. You feel out of control. You aren’t sure what to do. Your mind races. What will happen in the news today? Whose rights will be infringed upon? What ethnic or religious group will be attacked?

You order a $7 coffee. Your free-trade scarf and TOMS Shoes carry you, because the weight and exhaustion of your anxiety are too much to bear. You pop a quarter milligram of Xanax. You make sure it’s a generic brand — you don’t want to support Big Pharma. You can do this. You have work to do. You have to stay engaged and be part of #theresistance. If you don’t, who else will do the hard work?

First, time to pare down your friends list. You can’t believe you stayed friends with Dan all these years. Dan is a Trump supporter. His latest post is ridiculous. Insensitive. He is the enemy. He is implicitly a racist, sexist, homophobic pig who does not give a shit about women’s rights. Dan is your last remaining friend in the Midwest. He works at a factory. His wife stays at home. How typical. Fuck him. Unfriend. But first one last comment — maybe he’ll understand now. Maybe he’ll be silenced. There. Now things are more neat and organized. Now you don’t have to hear him. Some people don’t deserve free speech. Not if they don’t agree with your views. Only Tom Brady and Bill Belichick get passes for supporting Trump. You are a Pats fan. What a comeback.

Your tech company is 90 percent men, and you make 25 percent less than your male counterparts.

And Uber. Fucking Uber. They are the worst. You need to #DeleteUber because that will send a real message. They attempted to break the taxicab-union strike in the midst of the refugee crisis. And their CEO is—was—on Trump’s advisory board. Thank goodness he stepped down. You download Lyft. You are going to stick with them. Lyft has been in the process of breaking the taxicab unions for years. But they are friendly. And they do it with a smile. So it’s OK that a Saudi prince invested $247.7M in them even though women can’t drive in Saudi Arabia. No company is perfect.

In another browser tab, you finalize your Airbnb reservation for Havana. Airbnb is OK. They are allowed to skirt regulations. Hotel chains are evil.

Maybe you will pen some clever tweets about security today. Security is not an issue. Statistically speaking, the world is safer than it has ever been. What are all these nutjobs talking about with the wall? You get an ADT alert on your phone. The motion activation went off on your doorbell camera. Phew. Just an Amazon guy dropping off a package. You are OK. You are safe. The guard from your gated community gives you a heads-up call. All is fine. Back at Philz, you feel a twinge of anxiety as a tall, bearded brown guy sits next to you.

You move your bag.

Maybe you’ll write about climate change and the environment today. Climate-change deniers are the worst. They don’t “get” science. They are idiots. Total Neanderthals. The world needs to see significant environmental policy changes, or we are doomed. We need to buy locally and organically. Your company holiday party was a booze cruise that burned 200 gallons of gas in half a day. Your utility closet is full of boxes from subscription commerce services. You buy all your meals from Blue Apron. It’s OK.

And the new pick for secretary of education. She’s the worst. We have to make sure she doesn’t get confirmed. Maybe you can email a congresswoman. You copy and paste another friend’s status update and use the exact same message she did. This ought to get the congresswoman’s attention. Maybe she’ll change her vote now. Maybe she’ll feel your 30-second action directly.

You used Eaze to get a medical-marijuana card after lying about having acute joint pain.

You’re having a hard time coming up with original material. Whom can you lecture? Whom can you set straight? You’re sure someone is saying something politically insensitive. Harriet. Oh, Harriet. Posting a picture of herself with an L.L.Bean Jacket on. You comment, “Might not want to wear L.L.Bean next time…” Maybe she’ll throw away the jacket. Maybe she’ll understand she’s implicitly supporting the administration by wearing a brand the president supports.

She bought the jacket secondhand.

And Jascha. He posted something funny. He’s not allowed to post anything funny. There is nothing funny about these times. No sense of humor allowed. What on earth is he thinking? You give him a piece of your mind. Isn’t he a venture capitalist? All VCs are terrible. Why aren’t they standing up to Thiel?

Your company raised $20M in funding, and your $200K/year salary and student-loan debt are being paid for by VCs. At least your investor wrote an open letter to the administration. That is good.

You get a notification asking you to donate to the ACLU. You do it. $20 — enough to assuage your guilt but small enough that it doesn’t seem like you make that much money. You believe the rich make too much because of that Bernie speech you watched on YouTube. You believe the minimum wage should be higher. Your accountant is calling. How can you minimize taxes this year? You tip waiters 10 percent.

And Apu. Your Indian friend. Wearing New Balance shoes. He must have an alt-right agenda. Also, his parents must be racially insensitive for naming him after a Simpsons character. What were they thinking? Could they not have picked a more racially neutral name?

Dear God. And Matt. There he goes, posting a comment that could be seen as insensitive to contract laborers abroad: “We use people in the Philippines for some of our code, and they work insanely hard.” You scold him: “Might want to think about the guy in Philippines making less than minimum wage before posting that.”

Your company outsources half its code abroad. You outsource your blog posts to Fiverr. The contractor in the Philippines lives a great upper-middle-class life thanks to American contract work. Although he must be bigoted. Because his country voted for Duterte. He must be an asshole. On second thought, screw the entire Philippines.

But you can’t take too much pride in America. “Made in America” is a bigoted phrase filled with hate. You can’t believe people don’t get that. Our standing in the world has dropped. Your company has “Made in San Francisco” plastered on its website. You oppose gentrification. San Francisco is fading. You open Yelp to find the closest juice bar rated four stars or above.

Time to power through your day. You are hitting a wall. The lack of sleep is affecting you. You ponder switching mattresses to Casper. Maybe that will help. Busy day ahead. Have to head to the design district to buy some new clothes imported from Brunei. You pass by a homeless shelter.

Sunil Rajaraman is the Co-Founder of Scripted.com, CEO of The Bold Italic, and a columnist at Inc. 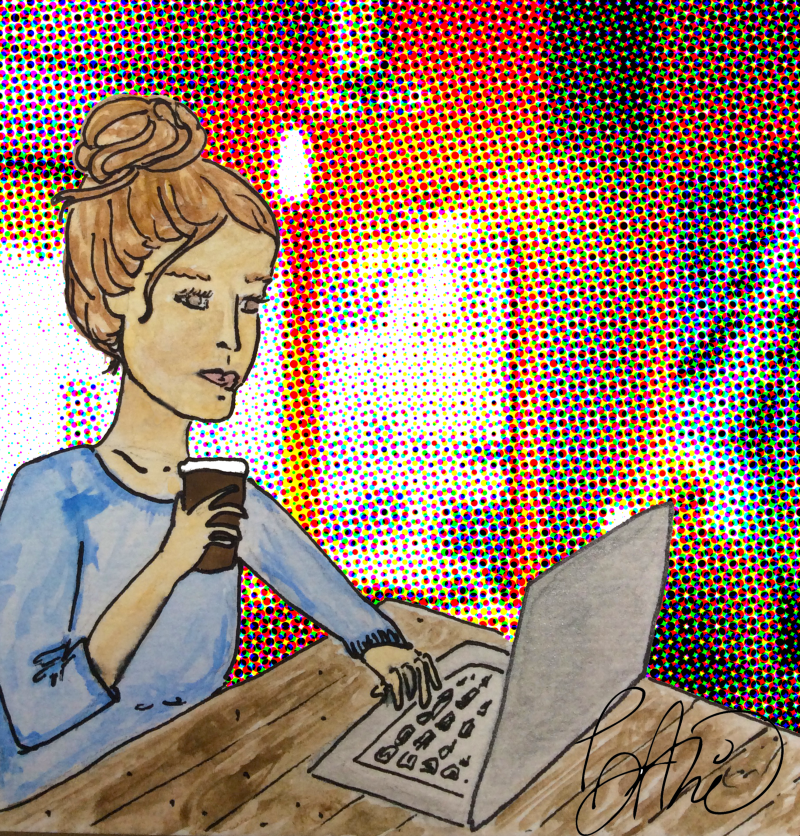