OK everybody, pack up the science books and rip the world maps down off classroom walls. It’s time to get rid of every piece of literature that says Africa, Antartica, Australia, South America, North America, Europe and Asia (or Eurasia) are the only continents, because apparently everything we know is a lie.

It turns out there are actually eight continents on planet Earth. I know what you’re thinking: “But we’ve explored the whole planet! How does another continent just pop up?” Well, this sly new continent, called Zealandia, has actually been hiding in plain sight this whole time.

Until now, New Zealand and New Caledonia have been considered island chains, but a new study of Earth’s crust revealed the two are both part of a single piece of continental crust. So yes, this means exactly what you’re thinking—there are actually eight continents (or to geologists who consider Asia and Europe to be one continent named Eurasia, there are seven instead of six).

“This is not a sudden discovery but a gradual realization; as recently as 10 years ago we would not have had the accumulated data or confidence in interpretation to write this paper,” the researchers wrote in the Geological Society of America journal.

People generally consider continents to be extremely large, clearly distinct land masses usually separated by oceans, but technically, the four key attributes that make something a continent actually have to do with: 1) elevation, 2) crustal structure, 3) geology and 4) total area and structure limits. The current revelation that the area in question constitutes a continent has to do with number four on this list.

While the idea of Zealandia was proposed in 1995 and requirements one through three had been checked off, only now with this new study has there been enough evidence to support that it is in fact a continent. Using recent and extremely detailed satellite-based elevation and gravity maps of the ancient seafloor, the researchers of the new study were able to show that Zealandia is indeed part of a unified region that is large enough to be considered a continent. It’s actually 1.89 million square miles, which is about the size of greater India.

But wait, some of that is underwater? Yes, but it’s still part of the unified mass. And there are other large unified masses, right? Yes, but they don’t (as of today’s research) meet the other three requirements as well.

Zealandia simply doesn’t fit our idea of what a continent looks like because it’s been thinned, stretched and submerged by plate tectonics for millions of years, according to rock samples and data. In fact, only five percent of it is visible, which is a reason it took so long to discover. But nevertheless, it seems it is a continent. And now your globes and maps are useless.

Scientists say its discovery will be incredibly useful in further research.

“Zealandia illustrates that the large and the obvious in natural science can be overlooked,” reads the journal article. “The scientific value of classifying Zealandia as a continent is much more than just an extra name on a list. That a continent can be so submerged yet unfragmented makes it a useful and thought-provoking geodynamic end member in exploring the cohesion and breakup of continental crust.”

Read more about the findings here. 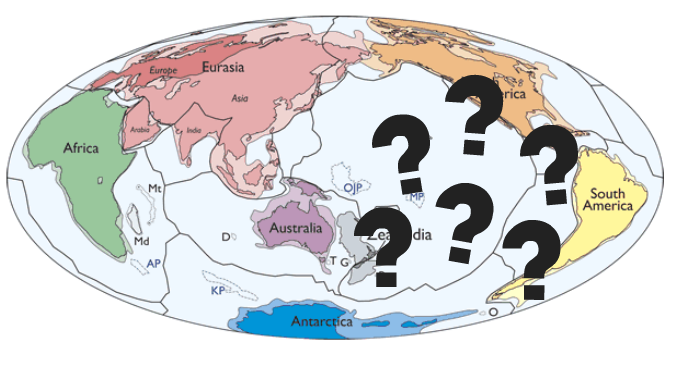