Mistakes are part of life. Some teach us how to be happier, wiser, and become better versions of ourselves. However, there are mistakes that can derail our future and even the rest of our lives. These are the mistakes that we know we’re not supposed to commit but do anyway. That’s because we have created a set of belief system that affects our decisions. The good news, though, is that we can reprogram our mind in order to avoid making silly mistakes over and over again.

Here are 11 of those wrong mindsets or cognitive biases that we need to look out for.

The placebo effect is considered by scientists and psychologists as an amazing phenomenon because of the wonders it can do to a patient. By simply telling the patients that they are taking a powerful drug that can cure whatever ailment they have, their conditions improve over time although, in reality, there’s nothing special about the drug.

As a cognitive bias, the placebo effect works the same way – you do something because your mind believes it can please you although there is no real benefit from it. When you only see the pleasure of your decision without thinking about the end result, you are bound to make a mistake. A classic example of this is opting for junk food instead of healthy food. Do you get the picture?

Zero-risk bias plays on our fear of the uncertain. Because we all want to know or exactly predict our future – one which is filled with success, we try to eliminate all the known risks we can think of as possible. While this might sound and look good at the outset (aren’t we supposed to be careful?), the zero risk bias tends to completely eliminate a risk rather than go for an alternative option that will yield a greater reduction in risk.

Here’s an example: The 2008 financial meltdown drove a lot of investors into the brink of panic. In order to eliminate the risk, they poured in billions of dollars in “safe” and “secure” investments. But did it eliminate all the risks? No, because the risk is always present in investments. And if the economy did fail at that time, everything, even the “secure” and “safe” investments would be worthless and all those money piped in would be worthless as well.

Here’s the thing: when you focus all your time, energy, and money to eliminate one risk, it will cost you a lot of money, time, and energy as well. Instead, balance everything in your life to lessen the risk and not just a risk.

Moreover, neuroscientists say that too much information can negatively affect your brain making it much harder for you to make a decision. A research conducted at Temple University showed that information overload led people to make bad and stupid decisions.

Overconfidence usually plagues those who think they are already experts in their fields. Once this happens, it becomes much more difficult for them to listen to others, even if the suggestion or advice given them is valid and will benefit them in the long run. No one puts it much better than Mark Twain who said, “It ain’t what you don’t know that gets you into trouble. It’s what you know for sure that just ain’t so.”

Each one of us has a different perspective of the same situation and your interpretation might be wrong. Therefore, in order to avoid making silly mistakes, stop being overconfident but instead, question everything that you know including your biases, knowledge, and assumptions.

Psychologist Daniel Kahneman said in his book, Thinking Fast and Slow, “organisms are more prone to minimizing the threats than maximizing the opportunities.” Because of this, the prospect of losing something becomes a powerful motivator in making decisions. This is the sunk cost fallacy, a cognitive bias where we worry about something we will lose which results in getting stuck in a situation we don’t like.

One of the most common examples of sunk fallacy is a person who is stuck in an abusive or joyless relationship. Although he or she doesn’t want it anymore, they continue because they already invested so much time in the relationship.

To avoid committing the sunk cost fallacy, list all the pros and cons of the two decisions you have trouble choosing. After everything becomes clear, choose the one which gives you more benefits and advantages.

Have you ever bought something you didn’t like at first but because all the people all around you had it, you bought it? If that happened, you fell for the bandwagon effect, a cognitive bias that explains why we have fashion trends.

While this fallacy is all too common in consumerism, it is also evident in politics where people are forced to conform because everybody is doing it. When you fell for this, the decision you’ve made might seem right because a lot of people are doing it. However, just like any trend, it will soon run out of steam and people will start abandoning the bandwagon to look for a new one.

While the bandwagon effect can be utilized positively, it kills your creativity because you don’t decide or think for yourself anymore. You can break this kind of thinking by asking yourself if what the group thinks or decides is rational. If not, then don’t ride the bandwagon.

When this cognitive bias is at play in our thinking, we think that past events play a very important role in any future outcomes. While this might be true, the odds of the past affecting the future is still the same 50/50 chance. However, gambler’s fallacy is so ingrained in the belief system of other people that when they fail at something, they give up thinking they will have the same outcome if they try again.

To avoid succumbing to gambler’s fallacy, you have to treat each event independently from one another. More so, you have to understand that the odds of a specific outcome happening again are still the same. A good example of this is Thomas Edison who kept on experimenting and innovating until he got the light bulb right.

Most, if not all, of us, are prone to stereotype. The problem with this cognitive bias, however, is that it tends to affirm what we believe rather than disprove it. If you don’t believe, consider this common stereotype male drivers have about female drivers where they think women are inferior drivers than men. More often than not, when something went wrong with a woman driving her car, men are quick to affirm that it’s because a woman is driving. And in case you do not notice, the tone of this example is also a stereotype in itself because it tends to paint all men as the same.

How do you avoid this bias when making decisions? Experts suggest to consider the stereotyped group and always have a desire for accuracy that goes beyond your stereotypic bias.

One experiment Dan Ariely used to describe the anchoring bias is this: supposed you were to choose between an all-expense paid trip to either Rome or Paris, which one would you choose? This is a pretty tough choice, right? But what if a third option is given – a free trip to Rome without free coffee which means you have to pay around 2.50 euros for it? When people were given this option, they chose the Rome trip because of the free coffee. Imagine the savings you’ll have especially if you are a coffee drinker.

When our decisions are clouded with anchoring bias, we tend to compare the value of something to another instead of taking its value independently. Like the choice between Paris and Rome, the value of the Paris trip was not considered anymore when the third option was given.

In order to avoid this when making decisions, remove any useless options. Instead, focus on your preferences which allow you to choose wisely. Which do you prefer – Rome or Paris? When you know what you really want, then you decide what is best for you.

Perhaps this is the most dangerous among cognitive biases because a lot of us don’t notice that we have this in our life. This is also the reason why it’s called the blind spot bias. If you don’t believe, let me ask this question – do you think you are less biased than others? If your answer is yes, then you are suffering from blind spot bias.

Carey Morewedge, an associate professor of marketing at Boston University, said that a lot of people are not aware of how biased they are. People who think they are less biased are also those who do not listen to the opinions and advice of others. What do you think will happen when you don’t want the input of other people, no matter how valuable they are, in your life?

The best way to avoid the blind spot bias is just, to be honest to yourself how biased you are. Assess yourself and listen to those who are adding value to your life.

Confirmation bias happens when your desire begins to influence your belief. That means if you want a certain idea to be true, you will soon believe that it is true. When this happens, you stop thinking objectively because you only accept information that confirms what you want to believe. Your perception becomes myopic because you fail to see the big picture. Confirmation bias results in self-deception, which numbs you like a drug and stops you from looking at reality.

Just like the blind spot bias, combatting confirmation bias is difficult because of the element of self-deception. However, there are habits you can develop to avoid or reveal it if you already have this bias.

First, welcome surprises in your life because it allows you to question your belief. If things don’t go as planned, maybe it’s time to refine your hypotheses about certain things. Second, teach yourself to think outside the box and consider the most unlikely alternatives. At the same time, make sure that these alternatives and beliefs have facts and evidence that support them. 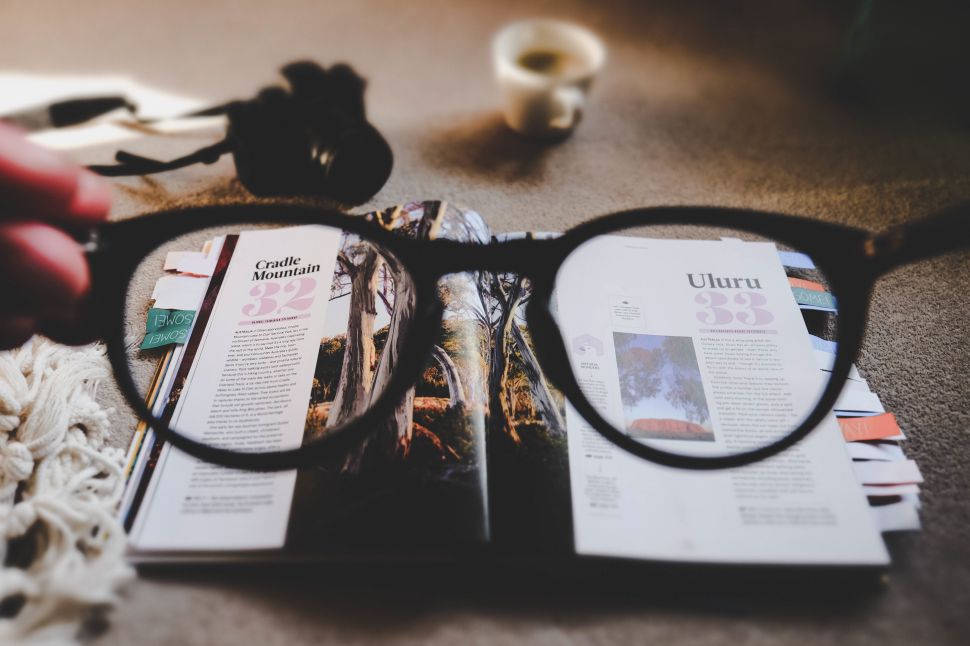