Most have at least heard of or seen some type of 3D printer device. Although many people still view them as niche machines better suited for educational and hobby uses, they are potentially much more valuable than toys. 3D printing first started in the early 1980’s, but it didn’t catch mainstream interest until the past 5-6 years. With consumer models now widely available and their ability to relatively quickly create a wide range of objects, it’s no wonder that interest in 3D printers continues to grow.

3D printing is an area with an incredible range of uses, extending from Earth to space. It’s more formally known as additive manufacturing because of the method where layers upon layers are printed. There’s considerable hype around 3D printing, and deservedly so—it’s a potentially transformative area that could affect the way we make many products on Earth and even in space.

To give a different perspective, it was only in 2016⁠ that humanity attained the ability to manufacture anything in space. That ability was made possible through use of a 3D printer.

The 3D printer currently on the space station doesn’t look all that different from what you might see in a consumer version. The one on the International Space Station (ISS) was made by possible a joint effort from California based startup Made in Space and Lowe’s Hardware.

Astronaut crew members on the ISS are now able to make select tools with the 3D printer on board instead of getting them delivered from Earth. Astronauts spend many hours per week maintaining the ISS, ⁠and part of their duties include vacuuming. A source shared that the crew goes through a number of vacuum novel-heads. Now, the crew is able to simply print replacements on board.

Material⁠ is where some of the current innovation is taking place. Many consumer 3D printers today use PLA, a biodegradable plastic. Other materials that can be 3D printed include food, ceramics and metal. Metal is seen as the holy grail for additive manufacturing because metal can withstand substantial stress, bridging that gap between novelty and very useful.

One startup, Desktop Metal—whose investors include Google Ventures, Lowe’s, BMW and GE Ventures—intends to roll out a desktop printer that will print with metal in 2017. With several other companies also focused on releasing metal printing prototypes, 2017 might be the year of metal.

Playing With Food in New Ways

I recently had the opportunity to demo a food printer called the Foodini created by Natural Machines, a Barcelona, Spain based startup. The machine allows you to upload an almost unlimited variety of designs, accepts a wide range of ingredients that can be extruded through nozzles, and allows an almost infinite number of shapes and designs through a touch screen.

Lynette Kucsma, co-founder and CMO of Natural Machines⁠, said, “ You can absolutely do things that are not possible by hand but you can also do customized nutrition in even boring square shapes like crackers. What we can do with 3D food printing is you can actually deconstruct a lot of those recipes and then reconstruct them with the 3D food printing that’s customized for you, in terms of nutrition. We’re targeting professional kitchen users, not one of them is fearful that a robot, such as a 3D food printer, is going to take away their job because they see it as a kitchen appliance. It’s a tool to them. It’s a tool to help them do dishes. They just can’t do by now, so it’s all about presentation, and it’s an automation tool. That’s where it’s going. I think it’s going to help in space exploration so when we deconstruct those foods, the way you deconstruct them can also be used in space.”

We can potentially make materials in space that will outperform versions manufactured on Earth. One example in development is a new type of optical fiber by California based Made in Space⁠ that could be much more efficient than silicon based fiber made on Earth. If the concept continues to yield positive results, we could see many new, exotic materials being manufactured in space.

Washington State based Tethers Unlimited⁠ was recently awarded research funding by NASA to look at recycling select plastics at the International Space Station that could be used as 3D printer feedstock. It’s a small step towards expanding our ability to manufacture in space, which is a viable activity and demonstrates the usefulness of additive manufacturing. It has its challenges, but they are addressable.

The two main challenges are the high cost of the machines and that printed objects can sometimes have structural weaknesses that conventional processes might not have. Some of the uses currently being explored by the space sector include a machine, EBF3, that was developed and patented by NASA to create parts for tools in hours. NASA also worked with the industry to 3d print an injector for a rocket engine.

The possibilities start to look exotic as we look to the possibilities for additive manufacturing in the vacuum of space—and not just in the confines of a space station. Made in Space proposed transforming⁠ an asteroid into a spacecraft itself so that fewer resources would be required to move it. The initial concept could be described as steam punk in look. The proposed hybrid asteroid-spacecraft would eject pieces of asteroid as a means of propulsion to move itself. We’re still many years from this capability.

There are also thousands of pieces of space debris made up of inoperable satellites circling the earth. Imagine if we could put machines in space that could recycle dead spacecraft, transforming them back into something useful. This is years away from becoming reality, but it’s under study.

Hawthorne, Calif. based SpaceX is looking closely where additive can prove useful and established a 3D lab at its headquarters. The company 3D-printed what it describes as the Main Oxidizer Valve, which first successfully flew on a Falcon 9 rocket on January 6, 2014.

There’s also research being done about creating world structures with 3D printing. A logical choice might be to be part of a future lunar effort, which seems to be gaining interest globally. We only recently have the ability to print larger structures here on earth, but it’s not too difficult to imagine similar technology being leveraged on the moon and Mars at some point.

RedWorks3D co-Founder and CEO Keegan Kirkpatrick said, ”The world faces a shortage of affordable housing that cannot be met with existing technologies. 3D Printing for construction promises to reduce build-times, cut costs, and provide quality homes for millions using automated and highly mobile systems. The next evolution lies in In-Situ Additive Construction, 3D Printing homes with the dirt beneath your feet. This technology, originally developed for building on Mars, would allow builders to create affordable communities in places with little-to-no infrastructure or access to traditional building materials.”

With growing interest in leveraging additive manufacturing and processes in wide number of areas such as food, tools in space, and housing construction it’s an area worth exploring further.

Robert Jacobson is a expert on the emerging entrepreneurial space industry who spoke at XPRIZE, US Air Force Futures Forum, and numerous space industry conferences. A 2016 graduate of International Space University’s Space Studies Program, Robert is writing a book on ways to grow the space sector to a trillion plus dollar global industry. Jacobson is co-founder of Aerospace & Defense Forum, a global aerospace community and SpatialTrust that develops robust systems for better land governance. Music plays an important part of Robert’s life through performance & composition. 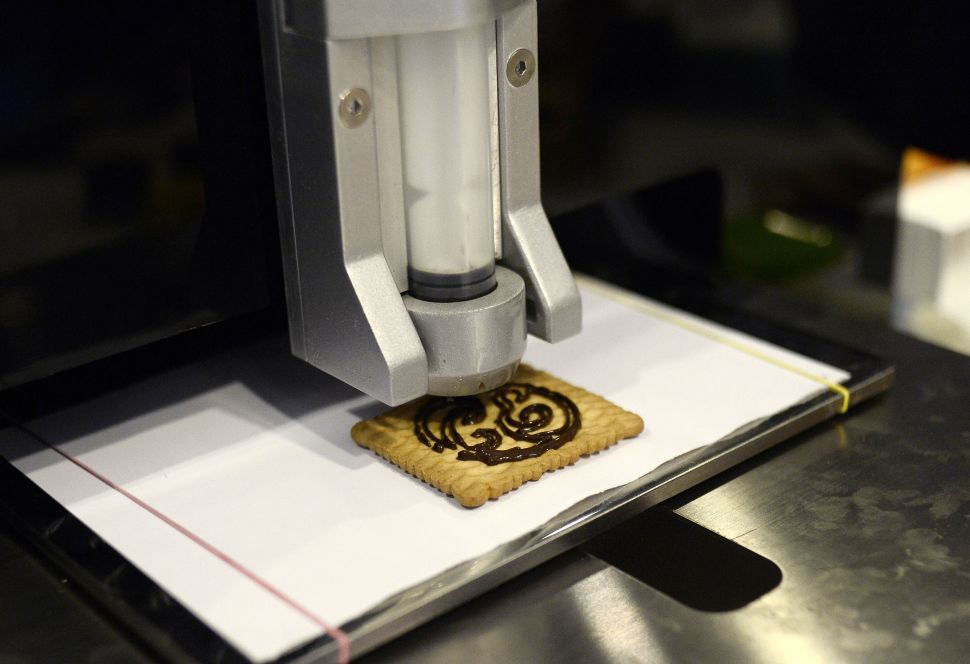