Most of my soulmates are dead.

One of the challenges of being a writer is that there is almost nothing you can say that hasn’t been said before in a better way by someone else.

It’s humbling, and it gives me an incentive to study the life and work of these giants. And when I do, there are times I experience a connection so profound that I can’t help but feel like I’m interacting with a dear friend.

Calling them soulmates might be an exaggeration, but it’s not unwarranted. I may never have met these people, but they have changed my life.

Today, I’m going to use their words, not mine. I hope you gain something.

Albert Einstein on the Danger of the Status Quo

Concepts that have proven useful in ordering things easily achieve such authority over us that we forget their earthly origins and accept them as unalterable givens.

Michelangelo on Aesthetics and Elimination

Beauty is the purgation of superfluities.

Franz Kafka on the Purpose of Reading

I think we ought to read only the kind of books that wound and stab us. If the book we are reading doesn’t wake us up with a blow on the head, what are we reading it for?

Nikola Tesla on Working for Tomorrow

Let the future tell the truth and evaluate each one according to his work and accomplishments. The present is theirs; the future, for which I really worked, is mine.

Virginia Woolf on the Non-linearity of Existence

Life is not a series of gig lamps symmetrically arranged; life is a luminous halo, a semi-transparent envelope surrounding us from the beginning of consciousness to the end.

Seneca on the Balance in Forging a Path

I shall indeed use the old road, but if I find one that makes a shorter cut and is smoother to travel, I shall open the new road. Men who have made these discoveries before us are not our masters, but our guides.

Albert Camus on Principles and Happiness

Those who prefer their principles over their happiness, they refuse to be happy outside the conditions they seem to have attached to their happiness.

Warren Buffett on the Truth About Materialism

Too often, a vast collection of possessions ends up possessing its owner. The asset I most value, aside from health, is interesting, diverse, and long-standing friends.

Carl Jung on the Limitations of Rationality

We should not pretend to understand the world only by the intellect; we apprehend it just as much by feeling. Therefore, the judgment of the intellect is, at best, only the half of truth, and must, if it be honest, also come to an understanding of its inadequacy.

Friedrich Nietzsche on the Need for Meaning

He who has a Why? in life can tolerate almost any How?

Bob Dylan on the Simple Rule of Judgement

Don’t criticize what you can’t understand.

I tore myself away from the safe comfort of certainties through my love for truth — and truth rewarded me.

Richard Feynman on the Meaning of Life

Nobody ever figures out what life is all about, and it doesn’t matter. Explore the world. Nearly everything is really interesting if you go into it deeply enough.

Christopher Hitchens on the Art of Thinking

The essence of the independent mind lies not in what it thinks, but in how it thinks.

Paul Cezanne on the Subtle Depth in Color

Colour is alive and colour alone makes things come alive…Without losing any part of myself, I need to get back to that instinct, so that these colours in the scattered fields signify an idea to me, just as to them they signify a crop.

Daniel Kahneman on the Illusion of the Mind

Nothing in life is as important as you think it is, while you are thinking about it.

Gertrude Stein on the Progression of Innovation

The creator of the new composition in the arts is an outlaw until he is a classic.

Socrates on the Uncertainty of True Wisdom

I am the wisest man alive, for I know one thing, and that is that I know nothing.

Sigmund Freud on the Adventure of Curiosity

I am actually not at all a man of science, not an observer, not an experimenter, not a thinker. I am by temperament nothing but a conquistador — an adventurer, if you want it translated — with all the curiosity, daring, and tenacity characteristic of a man of this sort.

Everybody is identical in their secret unspoken belief that way deep down they are different from everyone else.

Teddy Roosevelt on the Critic and the Doer

It is not the critic who counts; not the man who points out how the strong man stumbles, or where the doer of deeds could have done them better. The credit belongs to the man who is actually in the arena.

It takes something more than intelligence to act intelligently.

Isaac Newton on the Engine of Progress

If I have seen further it is by standing on the shoulders of giants.

In all affairs it’s a healthy thing now and then to hang a question mark on the things you have long taken for granted.

Ray Dalio on the Price of Success

When you think that it’s too hard, remember that in the long run, doing the things that will make you successful is a lot easier than being unsuccessful.

Marcus Aurelius on Choosing a Response

If you are distressed by anything external, the pain is not due to the thing itself, but to your estimate of it; and this you have the power to revoke at any moment.

Hannah Arendt on the Road to Freedom

Man cannot be free if he does not know that he is subject to necessity, because his freedom is always won in his never wholly successful attempts to liberate himself from necessity.

Leonardo Da Vinci on Thinking for Yourself

Whoever in discussion adduces authority uses not intellect but rather memory.

Kurt Gödel on the Mystery of Consciousness

Elon Musk on What It Takes to Change the World

I could either watch it happen, or be part of it.

Marie Curie on the Things That Matter

Clayton Christensen on Flirting with Temptation

Ludwig Wittgenstein on the Influence of Language

Charles Bukowski on Artists and Intellectuals

An intellectual says a simple thing in a hard way. An artist says a hard thing in a simple way.

David Hume on the Subjectivity of Beauty

Beauty is no quality in things themselves: It exists merely in the mind which contemplates them; and each mind perceives a different beauty.

A man who procrastinates in his choosing will inevitably have his choice made for him by circumstance.

Joan Didion on How We Understand Complexity

We tell ourselves stories in order to live.

William James on the Utility of Elimination

The art of being wise is the art of knowing what to overlook.

Carl Sagan on the Incentive of Discovery

Somewhere, something incredible is waiting to be known.

Ernest Hemingway on the Spirit of Persistence

But man is not made for defeat,” he said. “A man can be destroyed but not defeated.

Whenever a theory appears to you as the only possible one, take this as a sign that you have neither understood the theory nor the problem which it was intended to solve.

Walt Disney on the Awareness of Identity

I only hope that we don’t lose sight of one thing — that it all started with a mouse.

J.K. Rowling on the Test of Character

If you want to know what a man’s like, take a good look at how he treats his inferiors, not his equals.

Peter Drucker on the Necessity of Risk

The better a man is, the more mistakes will he make — for the more new things he will try. I would never promote a man into a top level job who had not made mistakes, and big ones at that. Otherwise he is sure to be mediocre.

Alan Turing on Re-framing the Question

The new form of the problem can be described in terms of a game which we call the ‘imitation game…’ [which means] a computer would deserve to be called intelligent if it could deceive a human into believing that it was human.”

Vincent van Gogh on the Comfort of Action

There is safety in the midst of danger. What would life be if we hadn’t courage to attempt anything?

Harper Lee on the Way We Perceive

People generally see what they look for, and hear what they listen for.

Steve Jobs on the Fundamental Reality

Everything around you that you call life was made up by people that were no smarter than you. And you can change it, you can influence it. Once you learn that, you’ll never be the same again.

Zat Rana publishes at Design Luck where he shares ideas on how to construct a better life by dissecting science, art, and business. 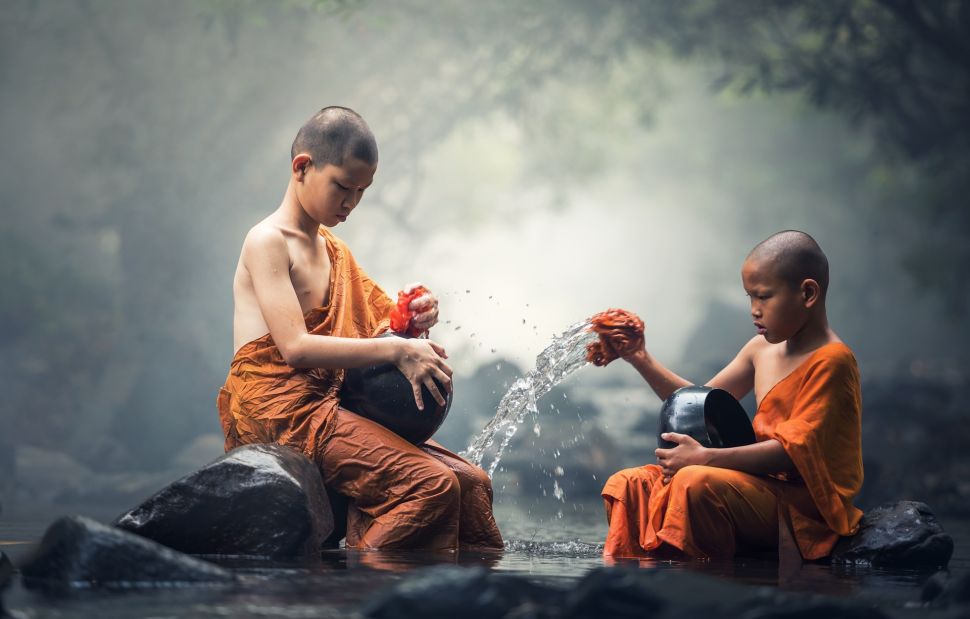