Was Adam Pally, star of Fox’s Making History, appearing on Conan last night in an inflatable Batman suit under the name “Fatman” more enjoyable than the entirety of Suicide Squad? At this juncture, too close to call. Should the Academy of Motion Picture Arts and Sciences retroactively award Suicide Squad‘s Oscar win for Best Makeup to Adam Pally, as Fatman? Almost certainly. If Ben Affleck truly desires to leave the DC Extended Universe behind, should Warner Brothers not only hire Adam Pally to star in Justice League and The Batman, but also digitally place him into all further copies of Suicide Squad and Batman v. Superman: Dawn of Justice? Like Zach Snyder being asked if he wants to mute any and all colors into a dull dish-washy grey, the answer is most assuredly, “yes.” 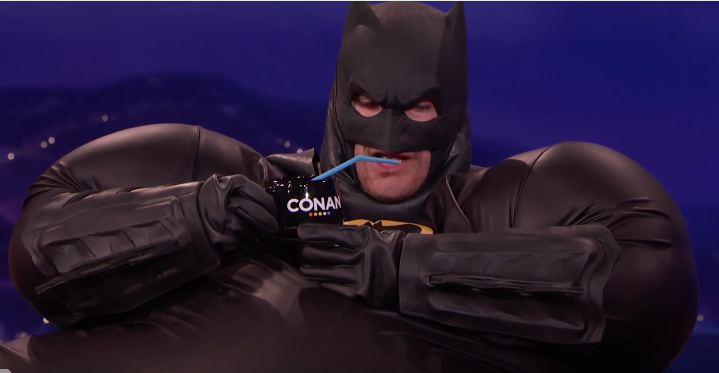