In 2005, artists Christo and Jeanne-Claude installed over 7,000 orange-colored gates in Central Park. In 2015, Teresita Fernandez erected a reflective canopy above Madison Square Park. Now, Chinese artist Ai Weiwei wants to bring New York its next iconic public artwork, which will also be the political dissident’s “most ambitious” project to date.

On October 12, Ai will unveil Good Fences Make Good Neighbors, a project presented by the Public Art Fund to coincide with the non-profit arts organization’s 40th anniversary. Ai’s sculptures, which will be fashioned from wire fencing, will populate several strategic locations across the city, including the Essex Street Market on the Lower East Side, Cooper Union at Astor Place, the JCDecaux bus shelters in Brooklyn, Doris C. Freedman Plaza in Central Park and Flushing Meadows-Corona Park. Each site has been chosen for the significant role it has played in New York City’s immigrant history.

“I was an immigrant in New York in the 1980s for ten years and the issue with the migration crisis has been a longtime focus of my practice,” Ai said in a statement. “The fence has always been a tool in the vocabulary of political landscaping and evokes associations with words like ‘border,’ ‘security,’ and ‘neighbor,’ which are connected to the current global political environment. But what’s important to remember is that while barriers have been used to divide us, as humans we are all the same. Some are more privileged than others, but with that privilege comes a responsibility to do more.”

The sculptures are Ai’s latest works inspired by Europe’s refugee crisis. In 2016, the artist installed thousands of lifejackets worn by Syrian refugees in the Belvedere Palace pond in Vienna and on the facade of the Berlin Konzerthaus. And during his last visit to New York, he displayed refugees’ clothing across three separate exhibitions at Mary Boone Gallery, Lisson Gallery and Jeffrey Deitch gallery.

Ai’s installations for Good Fences Make Good Neighbors—the title for which is borrowed from the Robert Frost poem Mending Wall—will be installed in varying shapes, sizes and environments, such as rooftops and alleyways, and a release for the project states that, “Rather than impeding daily life, the fences will serve as powerful metaphors in a city that has long served as a gateway to the United States for millions of immigrants.”

“Weiwei’s variations on the theme of the fence are not only inventive and elegant formal elaborations, but also potent objects with profound resonance,” said Public Art Fund director and chief curator Nicholas Baume.

The sprawling project will also been done in partnership with several city agencies, including the New York City Department of Transportation and NYC Parks, which manage some of the outer borough sites where the sculptures will be installed.

New York City Mayor Bill de Blasio said of Ai’s forthcoming project: “Ai Weiwei’s Good Fences Make Good Neighbors serves as a reminder to all New Yorkers that although barriers may attempt to divide us, we must unite to make a meaningful impact in the larger community…This expansive public art project that explores themes of freedom and the power of self-expression is a perfect symbol and reminder for all of us, especially in the current political climate.” 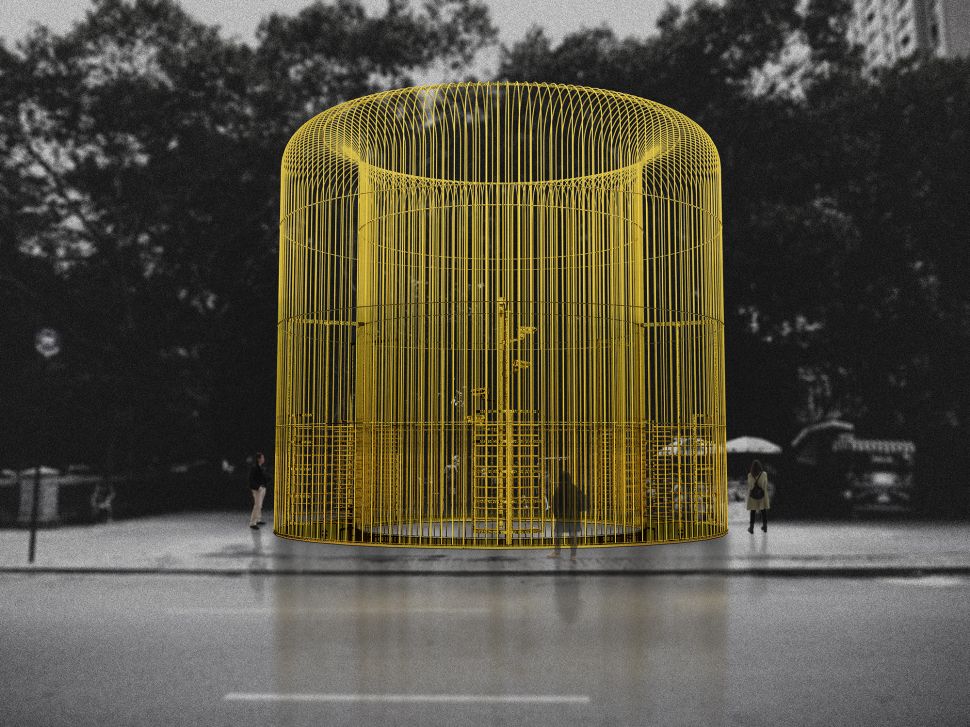