The allegations that Russia interfered in the 2016 election has yet to be proven. However, the continued hysteria over Russia has transmogrified into finding any discussions or meetings with the Russian Ambassador to the United States, Sergei Kisylak, as inherently criminal. Even former U.S. Ambassador under President Barack Obama, Michael McFaul—who has pushed for investigations of the Trump administration’s ties to Russia—has warned about equating diplomacy with Russia as criminal activity.

On March 4, former U.S. Ambassador to Russia after the fall of the Soviet Union, Jack F. Matlock Jr., wrote that it’s wrong to portray diplomatic contacts with Russia as sinister. “As one who spent a 35-year diplomatic career working to open up the Soviet Union and to make communication between our diplomats and ordinary citizens a normal practice, I find the attitude of much of our political establishment and of some of our once respected media outlets quite incomprehensible,” Matlock wrote. “Anyone interested in improving relations with Russia and avoiding another nuclear arms race—which is a vital interest of the United States—should discuss current issues with him [Ambassador Kislyak] and members of his staff. To consider him ‘toxic’ is ridiculous.”

Several mainstream media outlets reported—without evidence—that the Russian ambassador to the U.S. is a spy. The Daily Beast published an article on March 2, 2017 titled, “Did Sessions meet with a spymaster?” The title uses Betteridge’s law of headlines, which stipulates that if a question is asked in a headline it can be answered with a “no,” but forming a title around a question allows the author to propagate a narrative that lacks sufficient evidence corroborate the intended claims.

In regards to Attorney General Jeff Sessions, Matlock stated that his communications with the Russian ambassador aren’t criminal or unethical; it’s common for diplomats to work with candidates and their staff. However, Matlock noted that he wouldn’t have chosen or voted to confirm Sessions.

“Certainly, both Democrats and Republicans would contact Soviet Ambassador Dobrynin during the Cold War and discuss the issues with him. As the person in charge of our embassy in Moscow during several political campaigns, I would often set up meetings of candidates and their staffs with Soviet officials,” added Matlock. “I believe it is wrong to assume that such conversations are somehow suspect. When I was ambassador to the USSR and Gorbachev finally allowed competitive elections, we in the U.S. embassy talked to everyone. I made a special point to keep personal relations with Boris Yeltsin when he in effect led the opposition. That was not to help get him elected (we favored Gorbachev), but to understand his tactics and policies and to make sure he understood ours.”

Rather than sincere, non-partisan inquiries, Matlock asserts that the hysteria over contact between Trump’s campaign officials and Russian diplomats fails to acknowledge the necessity of maintaining diplomatic relations with Russia.

“The whole brou-ha-ha over contacts with Russian diplomats has taken on all the earmarks of a witch hunt,” he said. “President Trump is right to make that charge. If there was any violation of U.S. law by any of his supporters—for example disclosure of classified information to unauthorized persons—then the Department of Justice should seek an indictment and, if they obtain one, prosecute the case. Until then, there should be no public accusations. Also, I have been taught that in a democracy with the rule of law, the accused are entitled to a presumption of innocence until convicted. But we have leaks that imply that any conversation with a Russian embassy official is suspect. That is the attitude of a police state, and leaking such allegations violates every normal rule regarding FBI investigations. President Trump is right to be upset, though it is not helpful for him to lash out at the media in general.”

Matlock isn’t the only former U.S. diplomat to call for the mainstream media and politicians to exercise caution in engaging in neo-McCarthyist attacks to vilify a political opponent.

“I’m sorry to say our greatest challenge is trying to avoid a war with Russia. We’ve gotten to a point where that is a real possibility,” said former secretary of defense under President Bill Clinton, William J. Perry, during a conference panel on U.S.-Russia relations in December 2016. “I would go one step farther than that and say that if we get in any kind of military conflict, even a relatively small military conflict, the danger of it escalating is great. The Russians knowing they are outgunned in conventional forces by the United States and NATO have made it quite clear they would move to what they call tactical nuclear weapons. Nobody who has thought about this problem seriously at all believes that once you go to tactical nuclear weapons there is any way of keeping that from escalating to a general nuclear war. So the greatest challenge we have today is avoiding that first step to a military conflict, because once that starts, nobody knows how to control the escalation.” 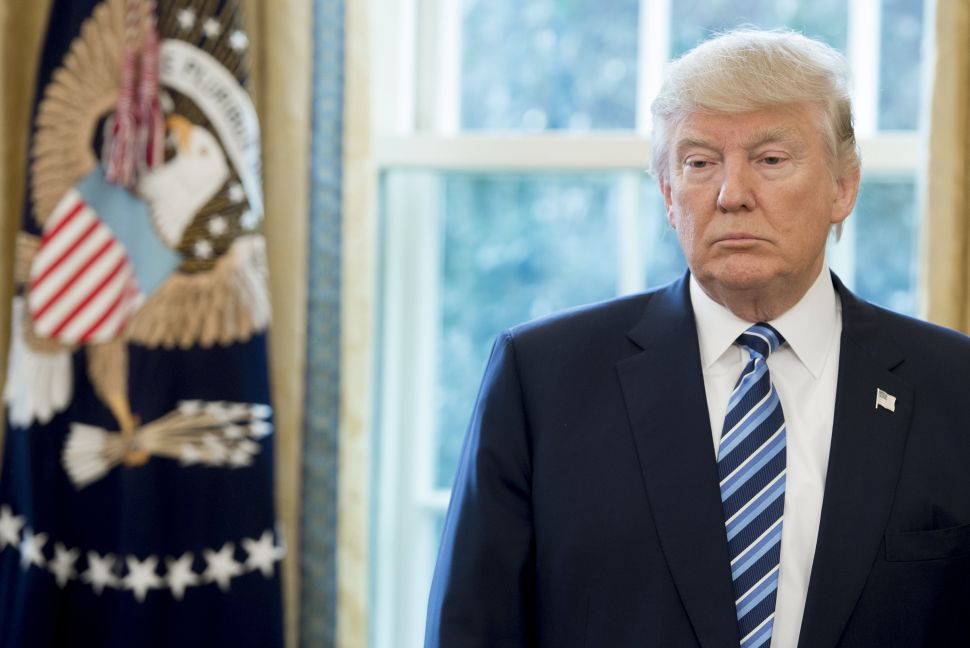