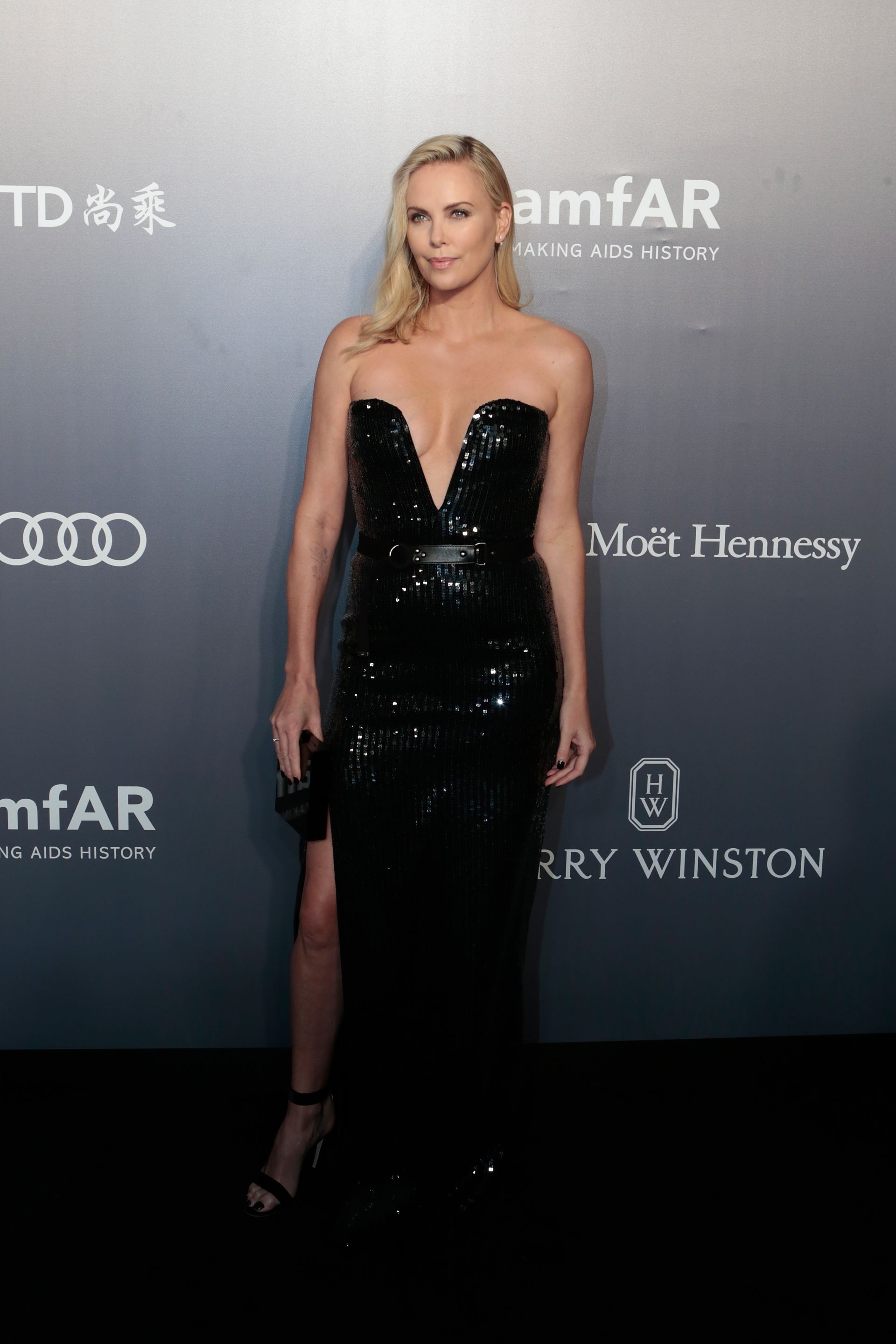 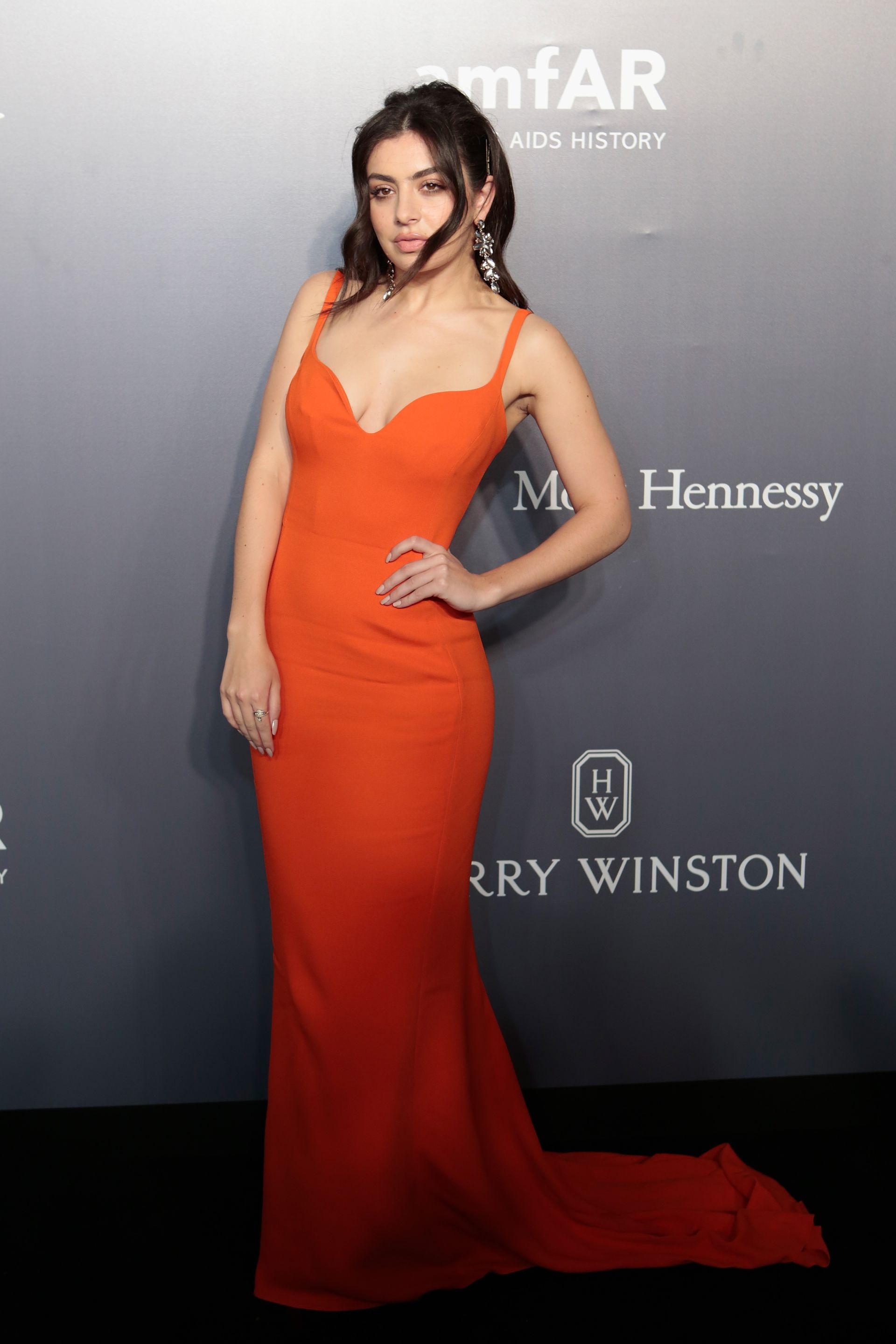 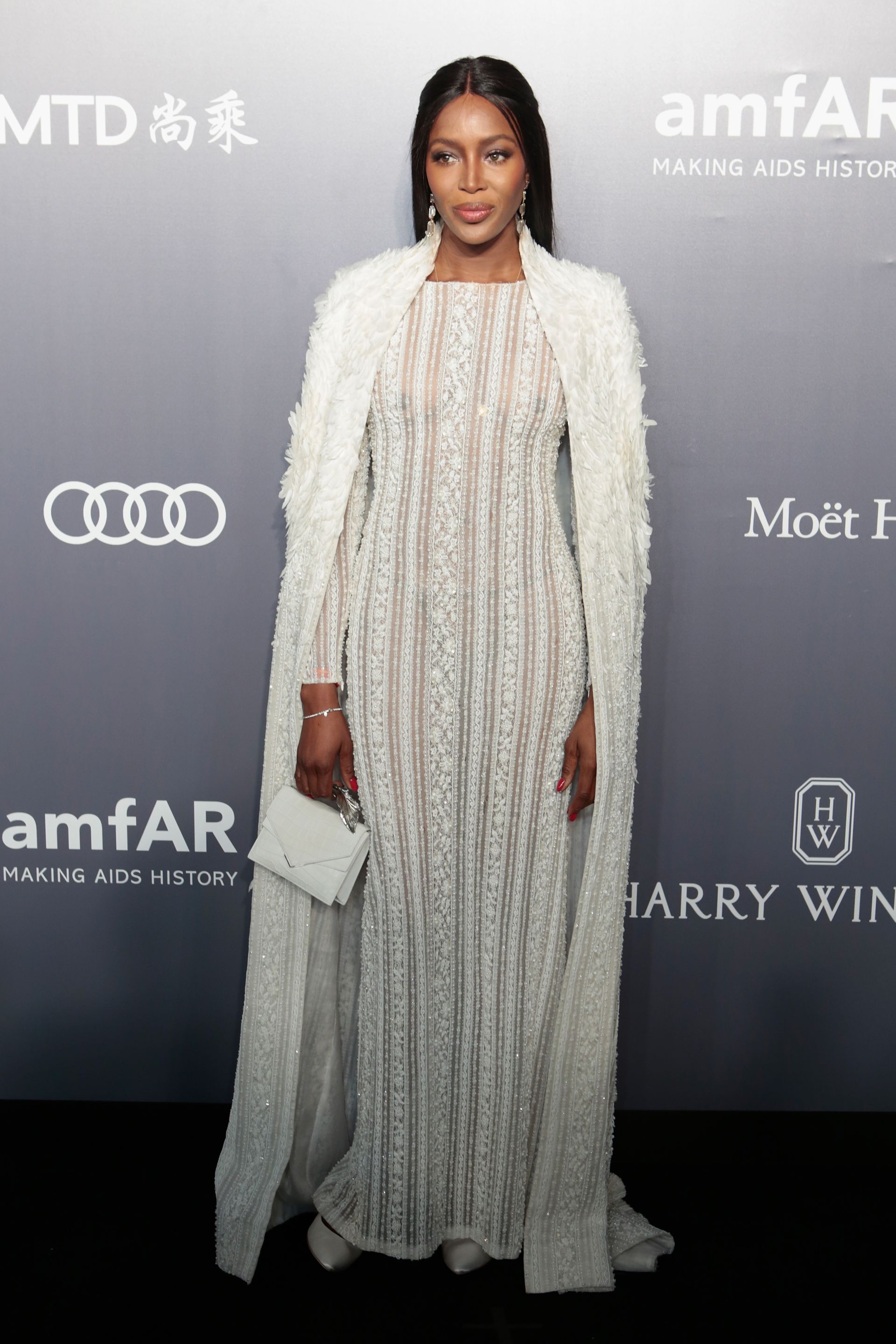 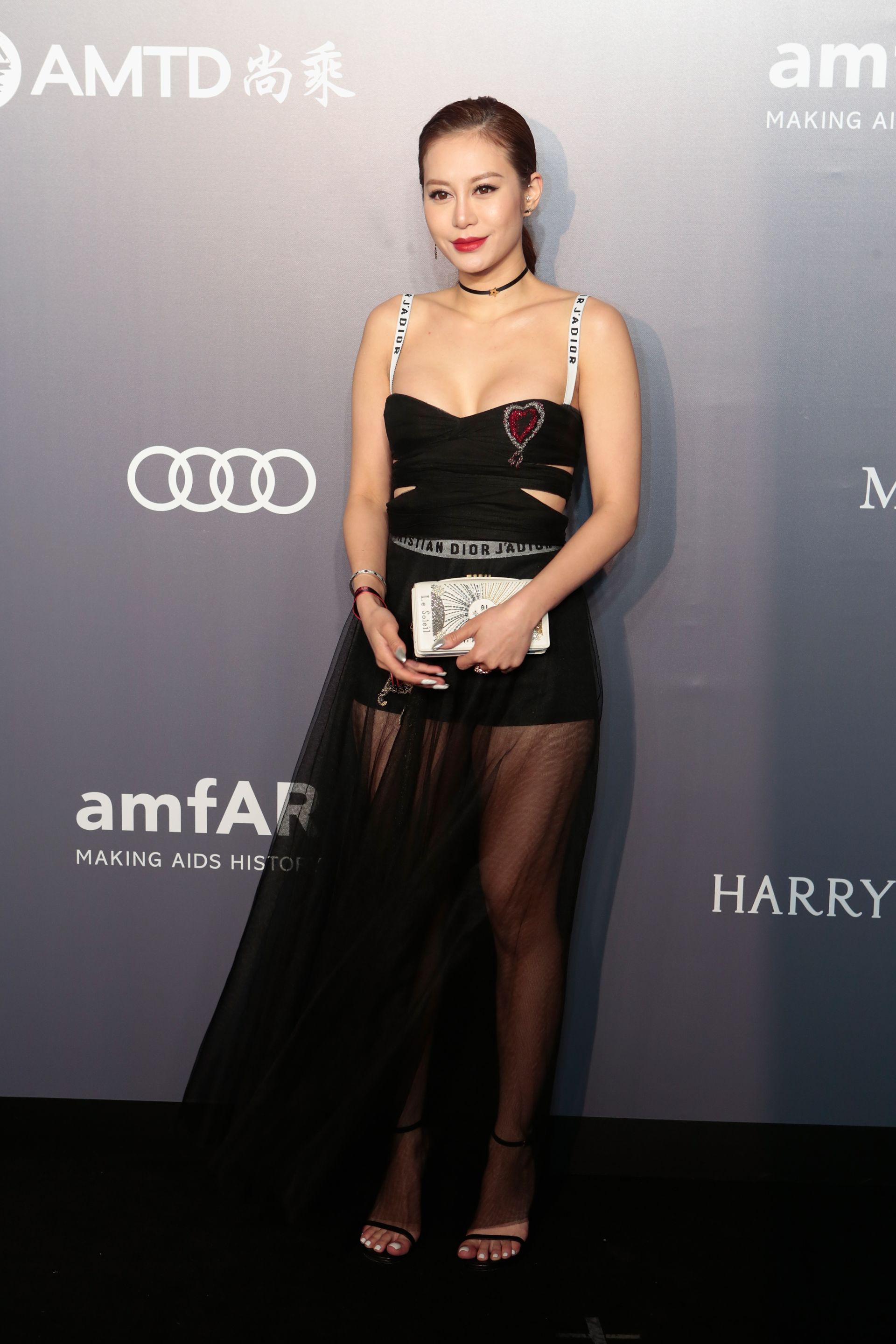 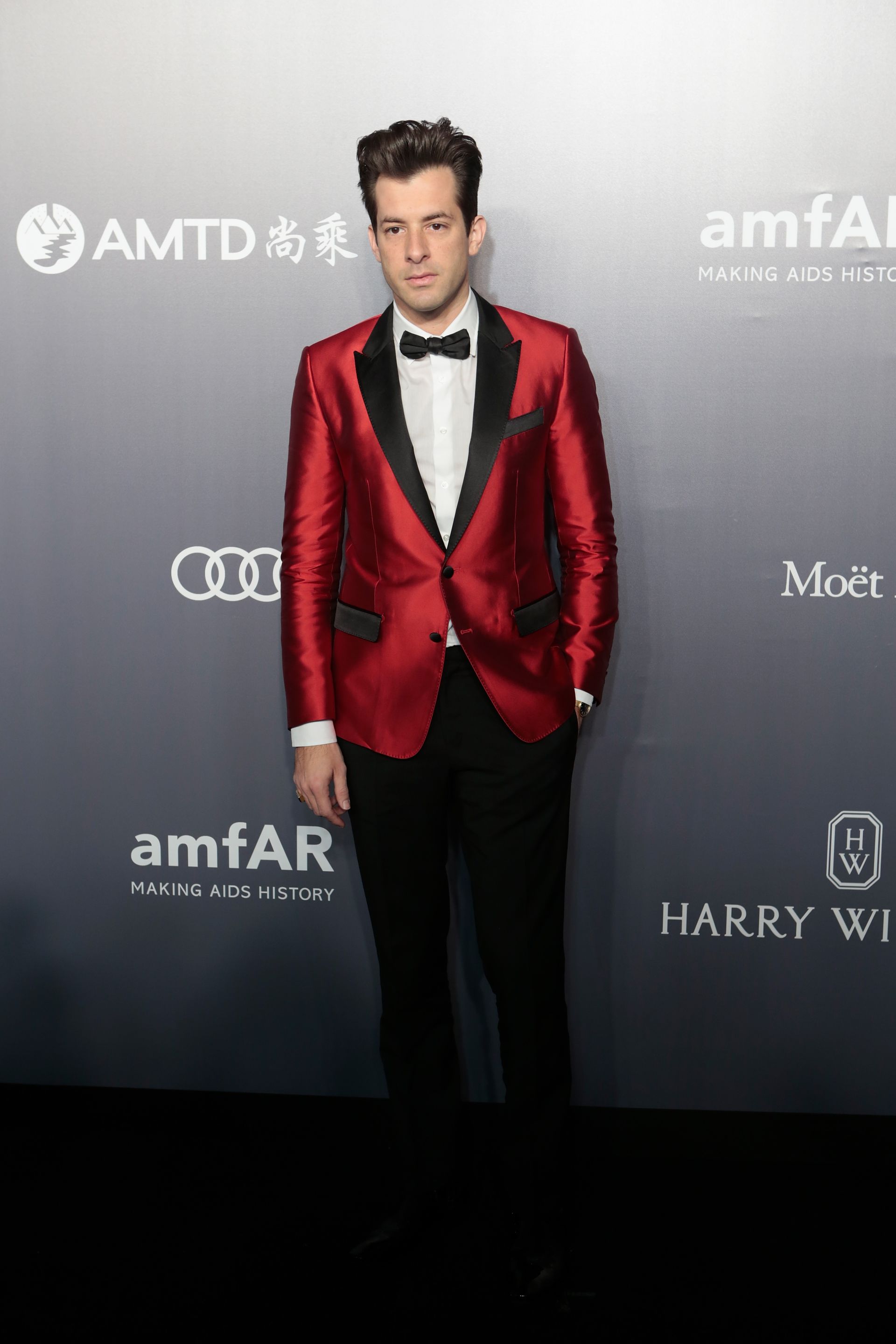 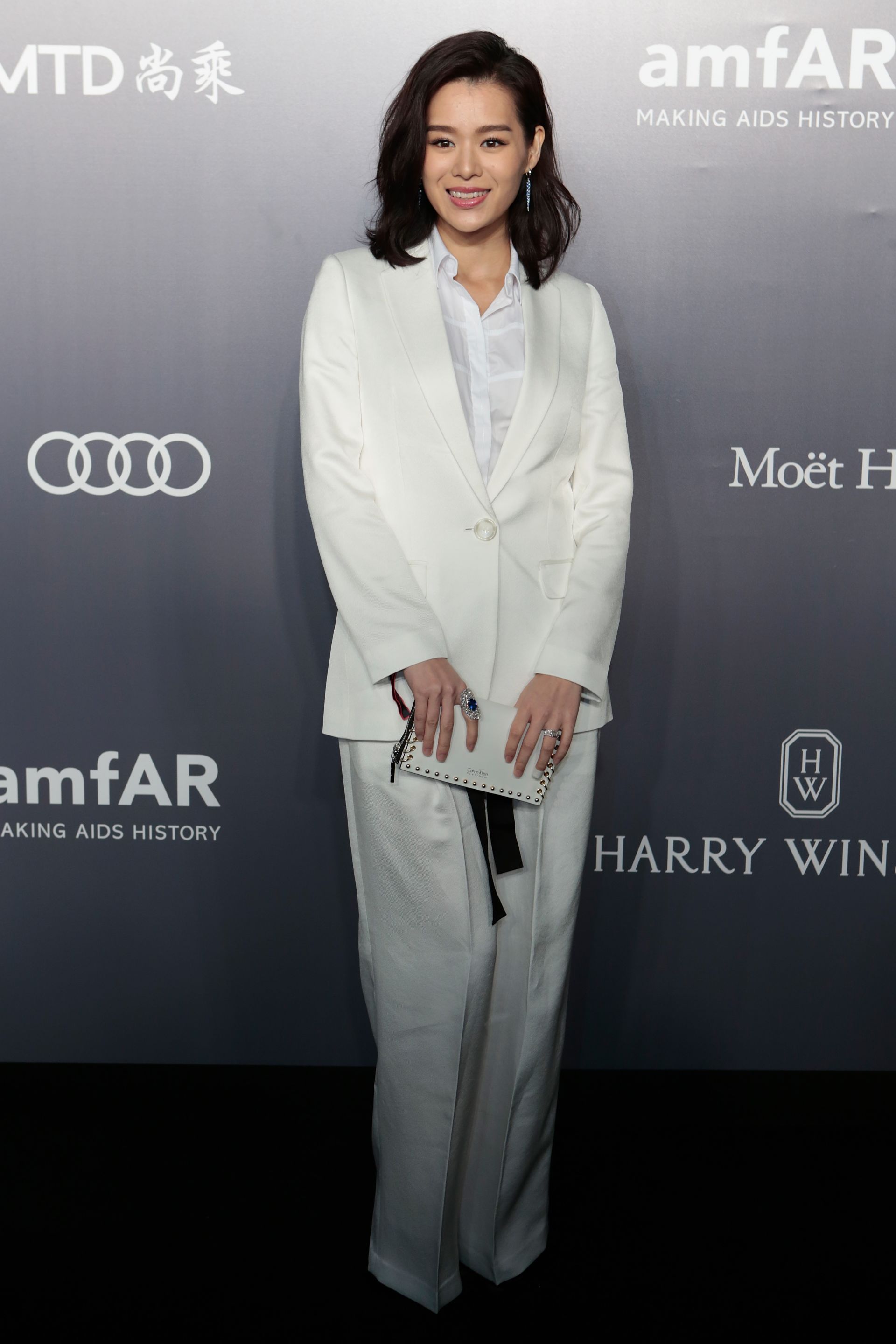 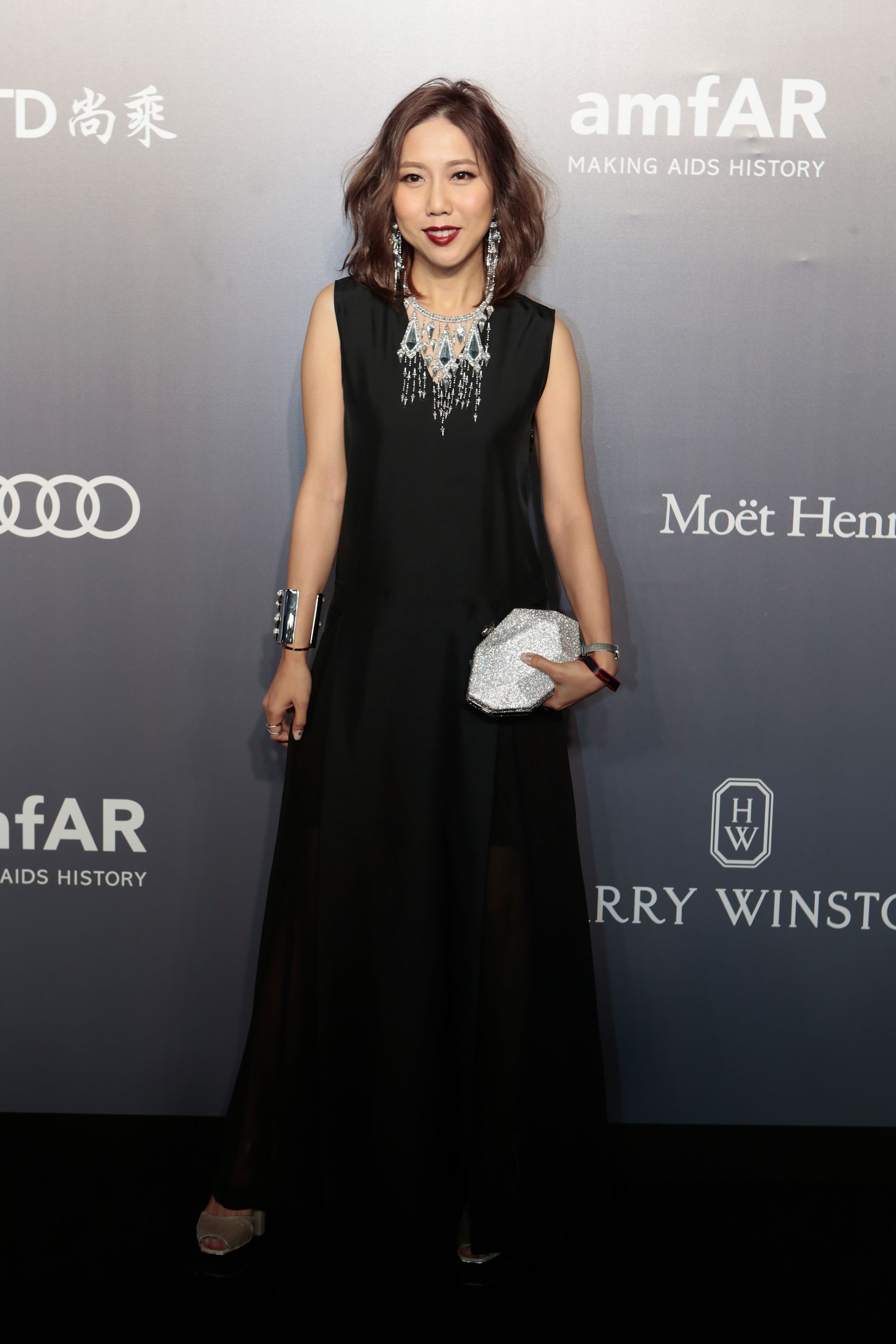 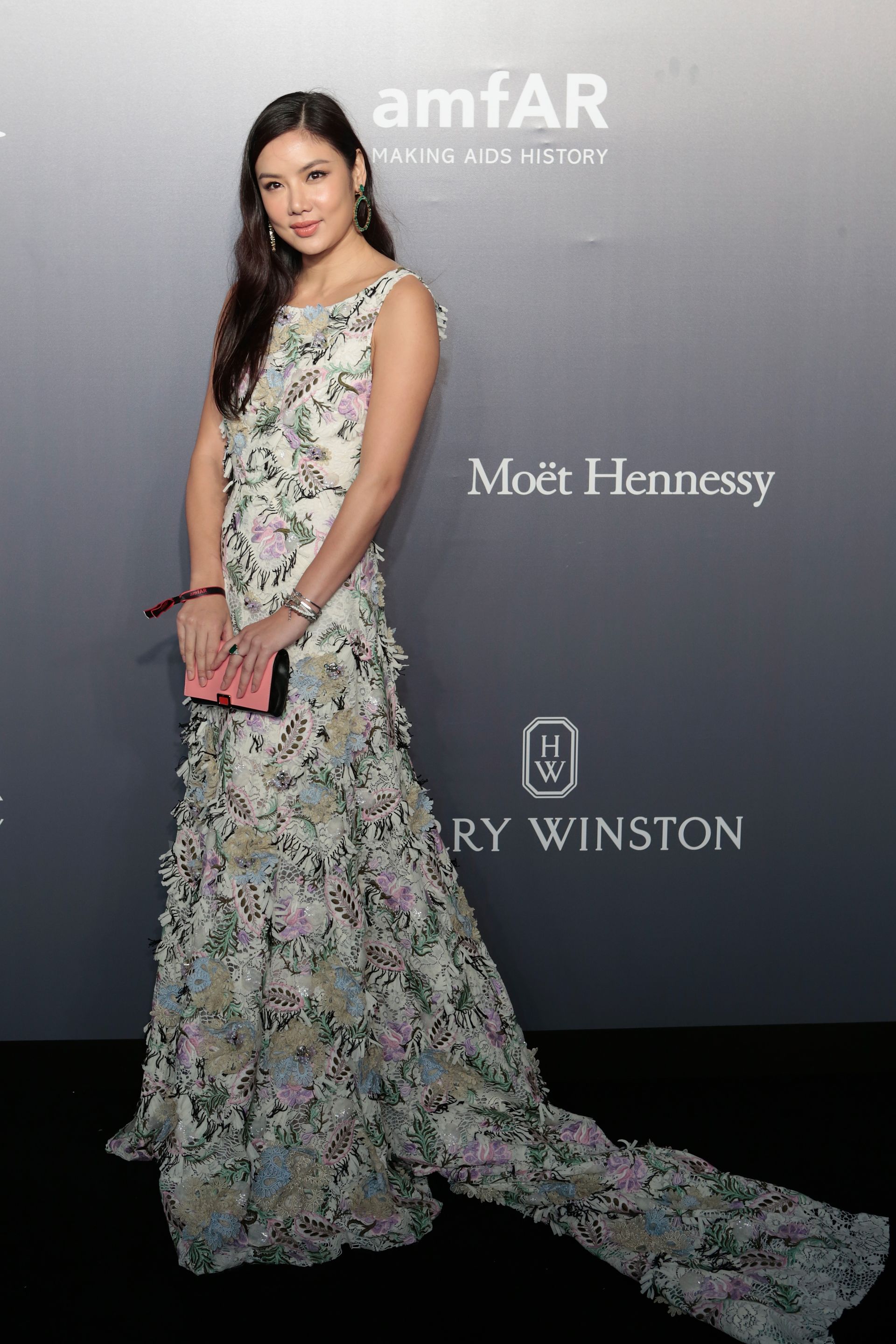 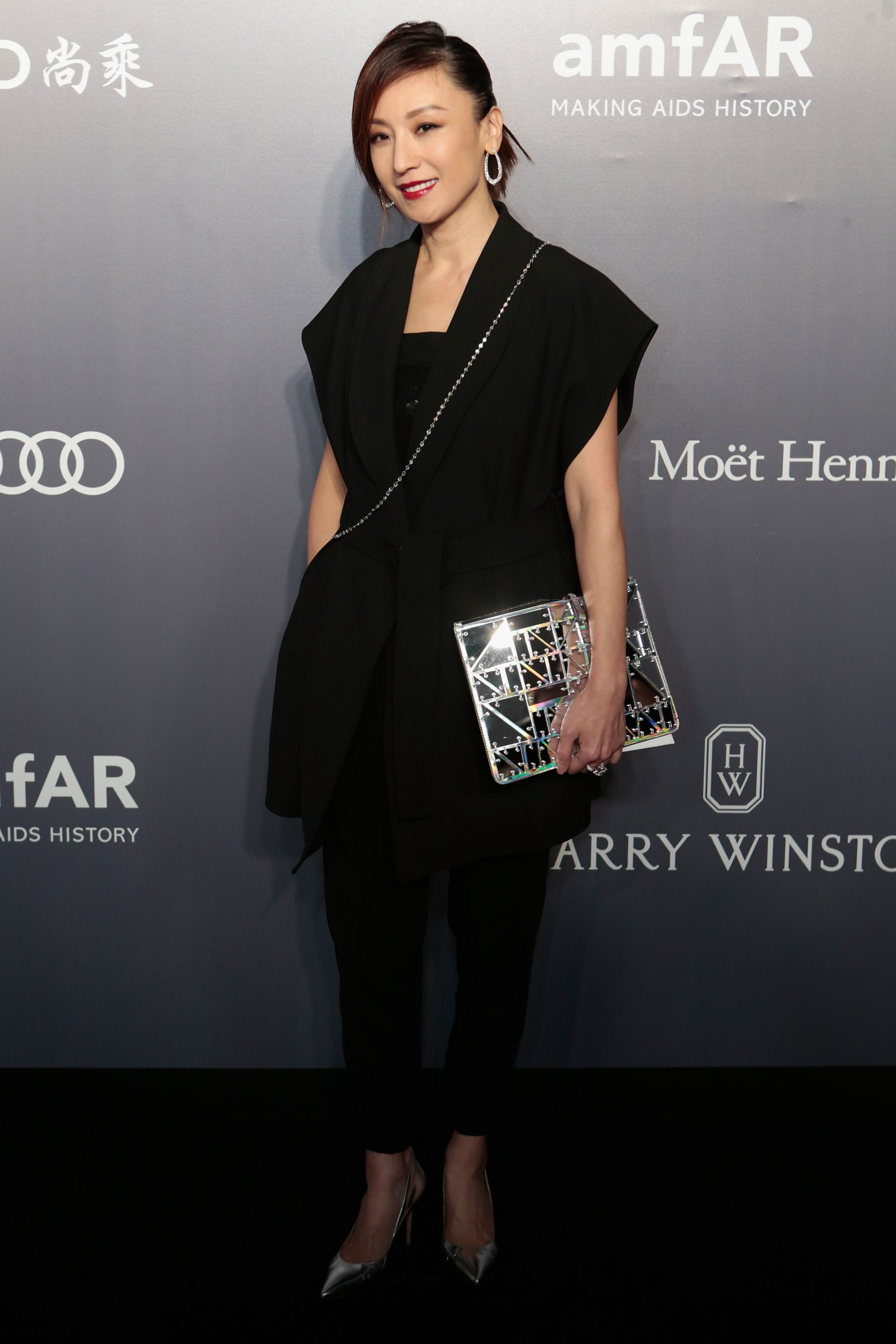 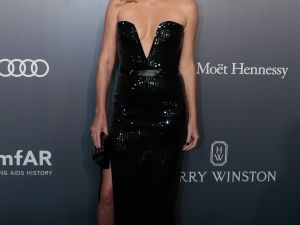 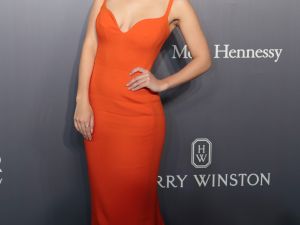 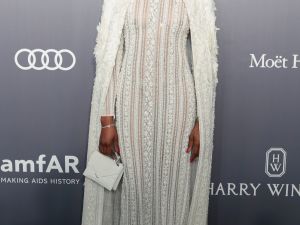 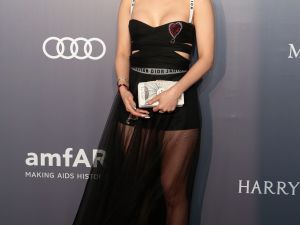 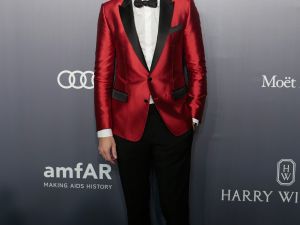 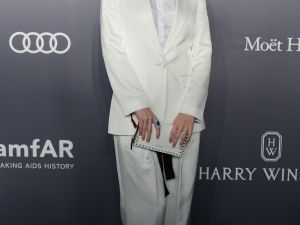 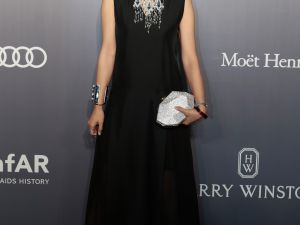 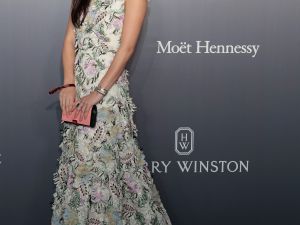 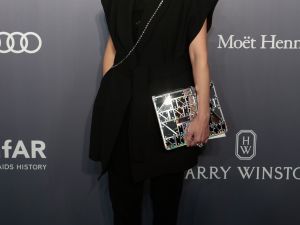 Every amfAR Gala, no matter where in the world it takes place, promises two things: a majorly glamorous (and well-dressed) celebrity turnout and a stunning amount of money raised for AIDS research. Such was the case this past weekend, when the global soirée returned to Hong Kong for the third time; Naomi Campbell and Charlize Theron turned up and $3.5 million was raised in a single evening. Charli XCX  provided the live entertainment, while Mark Ronson was tasked with DJ duties.

While Theron pulled off a plunging and sparkling black Saint Laurent gown, Campbell opted for a white angelic Ralph and Russo couture frock, made from sheer Chantilly lace that she paired with a matching white cape. They weren’t the only celebs wearing black and white designer creations, however. Actress and singer Myolie Wu donned a simple white Calvin Klein suit, while stylist and blogger Faye Tsui also chose Klein, but selected a simple black dress. Thankfully, Charli XCX provided a pop of color with her Stella McCartney gown; she also wore the designer for her on-stage performance later on.

Designer garb wasn’t the only thing to ogle, as there was a very special vending machine in attendance. We mentioned the Moët & Chandon-stocked box being a rather large conversation point at the New York amfAR party this February, but this marked the first time the vending machine was on offer in Asia. As such, the coolest party prop imaginable fetched $80k in a live auction; it might be a steep price tag for 315 mini bottles of champagne, but it’s probably worth it for the Instagram opportunities. Other flashy auction items included a stay in Leonardo DiCaprio‘s Palm Springs manse (no word on whether it will come stocked with a staff of supermodels) that went for $100k, a cameo in an upcoming Sylvester Stallone flick, which was offered off-the-cuff by Jackie Chan and went for $300k and a ticket to the premiere of Theron’s upcoming film, The Fate of the Furious.

If you didn’t make it to Hong Kong for this over-the-top party, fret not. The next amfAR event will take place in São Paolo on April 27, where Kate Moss will take on hosting duties. That’s followed by the always grand Cannes Gala on May 25, which is held at the tony Hôtel du Cap-Eden-Roc in Cap d’Antibes. Mark your calendars and keep your fingers crossed that Moët & Chandon introduces another new champagne machine of sorts. A fountain of bubbly would be pretty cool…