Should we be surprised that we use violent words when we fall out with our friends, our partner or the boss?

‘We’re having a bust up’ we say, as if being denied that pay rise justifies wanting to whack our line manager around the head.

Our girlfriend’s too-loud friends should be gagged and locked up, we mutter, as if they were prisoners of war rather than the excitable thirty somethings splashing wine all over the kitchen table.

For too many of us, conflict whether it comes in the form of being hooted at by a speeding car as we cross the street without looking, to finding out our partner has been cheating, is a zero-sum game. Every disagreement is a rallying cry for our self esteem and ego to rampage like angry toddlers. We feel the urge to win and to win big. Which of course also means that whoever caused our distress has to lose, lose, lose!

Yet there is a far better way of managing our anger, distress and sadness when we fall out with people, one that is calmer, more honest and will even help our relationships improve. It’s called differentiation.

Differentiation re-frames conflict as a way of expressing differences. It takes us out of the black and white scenario of right and wrong.  Few real-world arguments are clear-cut no matter how much we convince ourselves they are.

Instead of ‘winning’ the argument, differentiation encourages us to state our feelings about what’s going on. This isn’t so much winning, more of a willingness to express ourselves even when what we are feeling may be complicated and confusing.

Take a familiar argument any couple can easily have:

“I’m not clearing the table, you always say I never stack the dish-washer right!”

“You don’t! But why do I do everything around here? You don’t do anything but put your feet up.”

It’s the kind of argument that could easily spiral, with accusations and counter-accusations rapidly leading the couple into a hail storm of rage. If it continues for too long there will soon be no middle ground and both of them will storm off feeling angry, hurt and misunderstood. Which means the relationship suffers another blow to its foundations.

Imagine if the same couple were able to be differentiated and say these words to each other instead;

“I know I don’t always pull my weight around the apartment as you keep saying but I feel sort of useless when it seems like you are always there, doing it all first. It makes me feel like you don’t have much faith in my ability to do things right.”

“Hun, I didn’t know you felt that way. You’re right, I do feel I have to do things my way a lot of the time or I have this horrible sense they’ll be done wrong. I guess it’s my thing. How about I try and be less controlling around here and not such martyr every time stuff needs get done?”

It may seem impossible in the heat of an argument to be as measured and emotionally literate. But if we can tune into what we’re really feeling and be able to say it, the conflict will quickly avoid Armageddon and become something genuine, honest and revealing. Instead of chipping away at the relationship, conflicts become differences and therefore powerful resources to understand ourselves and our partners much better.

Being differentiated takes practice, and we don’t get very far in doing it unless we can both accurately name our feelings to ourselves and be able to articulate them in the heat of the moment.

When people fall out, deep down it’s almost always metaphorically about who’s turn it is to do the washing up. In reality we need to drill deeper, often it is really about someone who should be listening, who isn’t.

Being honest and self-aware enough to express our true feelings means we’re more likely to actually be heard. And, even better, no-one ever needs to get whacked. 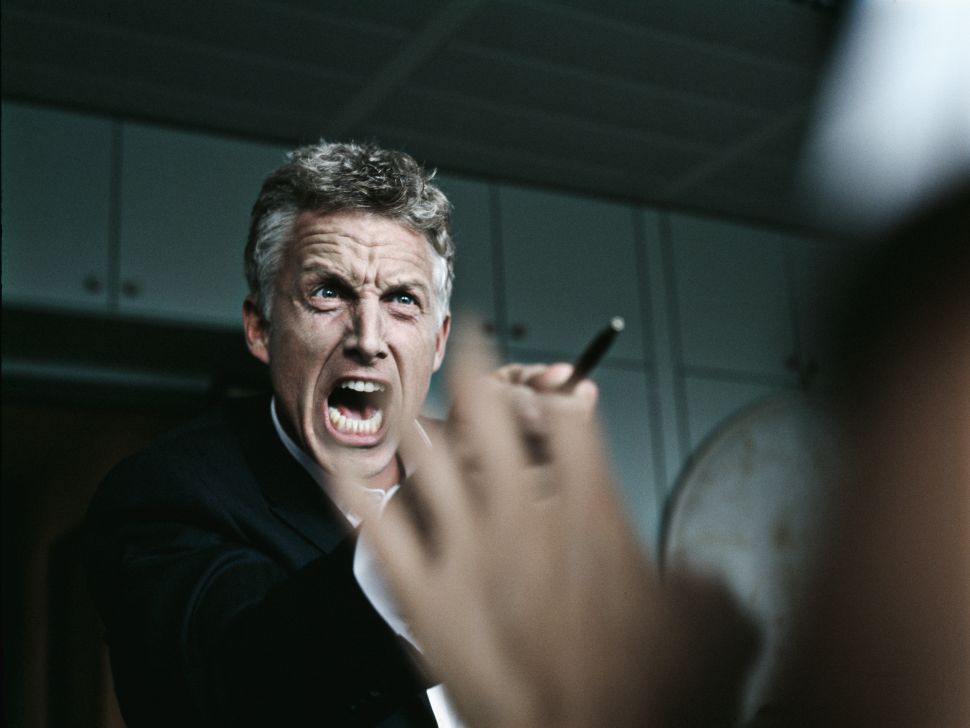