Most commonly, democracy is associated with the white-robed senates of ancient Greece and Rome. However, newly uncovered evidence by archaeologists in Mexico may suggest that the social practice has much earlier roots in the Americas than previously believed. Scientists excavating at Tlaxcallan, a civilization that flourished between 1250 A.D. until the Spanish colonized the region in the 1500s, now believe that its people, as well as those in several other cities in central America, operated under a system of “collective” governing similar to that of a democratic republic, according to a report from Science magazine.

The theory that democratic societies existed in pre-colonial Mesoamerica was first introduced by anthropologist Richard Blanton, of Indiana’s Purdue University, in a 1996 essay he co-authored for Current Anthropology, after excavating at several sites where representations of autocratic rulers were no where to be found and central buildings could neither be identified as palaces nor royal burial chambers. Blanton proposed that these civilizations, which existed at the same time as known monarchies and autocracies in the cities of San Lorenzo and La Venta, were supported by taxes and ruled by leaders who had ascended via “political initiation” rather than inherited power.

“I think it’s a breakthrough,” Arizona State University archaeologist Michael E. Smith, told Science. “I’ve called it the most important work in the archaeology of political organization in the last 20 years.”

Today, Blanton’s theories are starting to hold real weight among experts in the archaeological community as further evidence has been uncovered which supports his initial findings. One recent example is a 600-year-old house found in Tlaxcallan adjacent to the city’s main public plaza. In its day, the house wouldn’t have appeared any more special than one owned and occupied by a typical citizen, but archaeologist Lane Fargher—a mentee of Blanton’s who has been excavating in the city since 2007—notes that its location is unusual. Typically, he says, such important real estate would have been occupied by an ornate palace.

Tlaxcallan is also notable for its unique layout: rather than being organized around a central plaza of monumental pyramids and buildings, the city instead features several similarly organized public spaces spread throughout its various neighborhoods. Fargher postulates that Tlaxcallan’s governing council or senate may have met in a large building outside the city. “This is like Superman’s Bizarro World. Everything is the inverse of what you expect for Mesoamerica,” he said.

Similar city layouts, even some featuring elaborate street grids, have been identified at other sites such as Tres Zapotes, a major urban center between 400 B.C and 300 A.D., where it is also believed that citizens enjoyed widespread economic equality. “You can’t tell rich people from poor people based on their stuff,” says Fargher. Examples of pottery and jewelry typically found in Mayan palaces and royal burial tombs have also been discovered in homes once occupied by common citizens in Tlaxcallan.

But while this newly uncovered evidence points to collective governing being practiced throughout pre-colonial Mesoamerica, some archaeologists still firmly support previous theories of widespread autocratic rule. Archaeologist Saburo Sugiyama of Japan’s Aichi Prefectural University interprets Teotihuacan’s iconic Avenue of the Dead and its grand pyramids as the remains of a powerful King. Meanwhile, National Autonomous University of Mexico in Mexico City archaeologist Linda Manzanilla of the National Autonomous University of Mexico City highlight’s the same city’s gridded layout and four distinct quadrants as evidence that it may have been governed by four separate leaders, possibly as a joint council.

Archaeologist Christopher Pool of the University of Kentucky, Lexington suggests that neither party may be incorrect in their varied interpretations. The reason, he says, is that power structures may have shifted over time, leaving behind a range of physical evidence from both autocratic and collectively governed societies.

Blanton points to Oaxaca as a prime example, where deviations in urban planning and recorded accounts by colonialists suggest that its society bounced between autocratic and collective rule every 200-300 years. “Collective governments do tend to rise and fall in cycles,” says Blanton. “Democracy isn’t a one-shot deal that happened one time. It comes and goes, and it’s very difficult to sustain.” 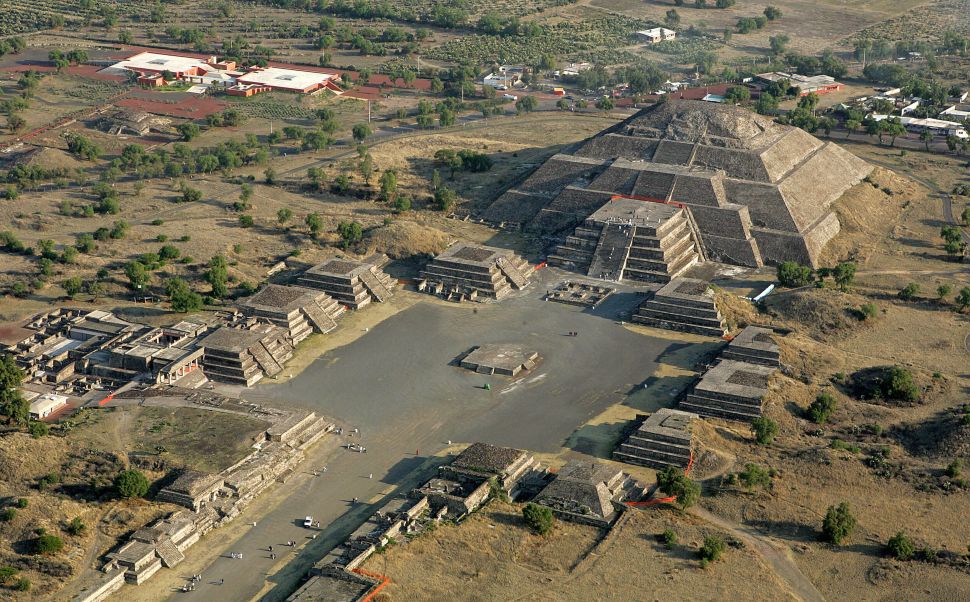