The robots are coming for our jobs. If this sounds hyperbolic, consider the impact that automation has already had on the American workforce. From 2000 to 2010, approximately five million manufacturing jobs were eliminated, and automation accounted for 87 percent of those jobs. A recent McKinsey report estimated that robots could take over another 50 percent of jobs that exist today.

“My Roomba gets confused by the stripes on my carpet,” you’re saying. “How on earth are we going to get to a point where it’s running the Q4 sales reports?” McKinsey reports that robots are good at jobs that require predictable physical work (i.e. repetitive work like screwing in bolts), data collection and data analysis. Robots aren’t good at doing unpredictable physical work, and—as anyone who’s ever asked Siri a question knows—artificial intelligence has a long way to go before machines communicate as efficiently or effectively as two humans in conversation.

The specter of rising unemployment raises a question: What should the government do—if anything—to shepherd its citizens through the next wave of technological disruption? Bill Gates has opined that governments should tax companies when they replace human workers with robots. He argues that the income could then be used to boost the salaries of, say, elderly caregiving—a task not yet consigned to the robots, though there have been inroads there, too—and other people who do the labor of caring for others.

So what? Automation isn’t going away. It provides a significant cost savings for industries that deploy it. Remember that Otto is claiming that their $30,000 technology for long-haul trucking could eliminate one $40,000-a-year human driver. In the same period where manufacturing lost 4.35 million jobs to automation, the overall output of U.S. factories peaked before getting walloped by the 2008 recession. As of right now, U.S. manufacturing output is back near the all-time 2007 high and U.S. factories produce twice as many goods as they did in 1984, only with a third of the workforce.

Automation has been great for manufacturing and other businesses that want to reduce the costs associated with employing people while also boosting productivity. These industries will be on the lookout for ways to incorporate automation.

Understandably, there’s a lot of anxiety about what workers will do when machines and machine learning take over their jobs. Optimistic types argue that—in most jobs—artificial intelligence and automation will enhance workers’ productivity.

There’s also some curiosity as to whether or not governments are going to let robotics development proceed unchecked or if they’re going to start looking at rising corporate profits and the shrinking base of taxpaying citizens and decide, “It’s time to get involved for the good of the state.”  Critics of government taxation have two concerns: That any tax scheme won’t be able to distinguish between assistive technology and augmentive technology. (The basic difference: the former is your spellcheck, the latter writes this entire column for me.)

Their second concern is that government taxation and regulation of robotics would have a chilling effect on innovation. Their concerns are grounded in history: Queen Elizabeth I famously refused to issue William Lee a patent for his stocking frame knitting machine, citing her concern over the displacement of workers in the hand-knitting industry.

Who cares? Anyone interested in remaining employed and/or solvent through the next few decades. This is also going to become a fairly chewy topic for tech policy types, who will have strong opinions on whether, when, and how government should regulate a technology in the interest of protecting industries.

A concern among people taking notice of the rise of automation is that it will only exacerbate ever-growing inequality. A recent Bloomberg op-ed noted that wages in England fell for the first four decades of the Industrial Revolution; the suggestion there was to redistribute capital income more broadly, because “This would essentially redistribute some of the income produced by the robots, giving every citizen a stake in the new automation economy.”

Perhaps figuring out what people should do when the robots take their jobs is the kind of question we can ask the robots. 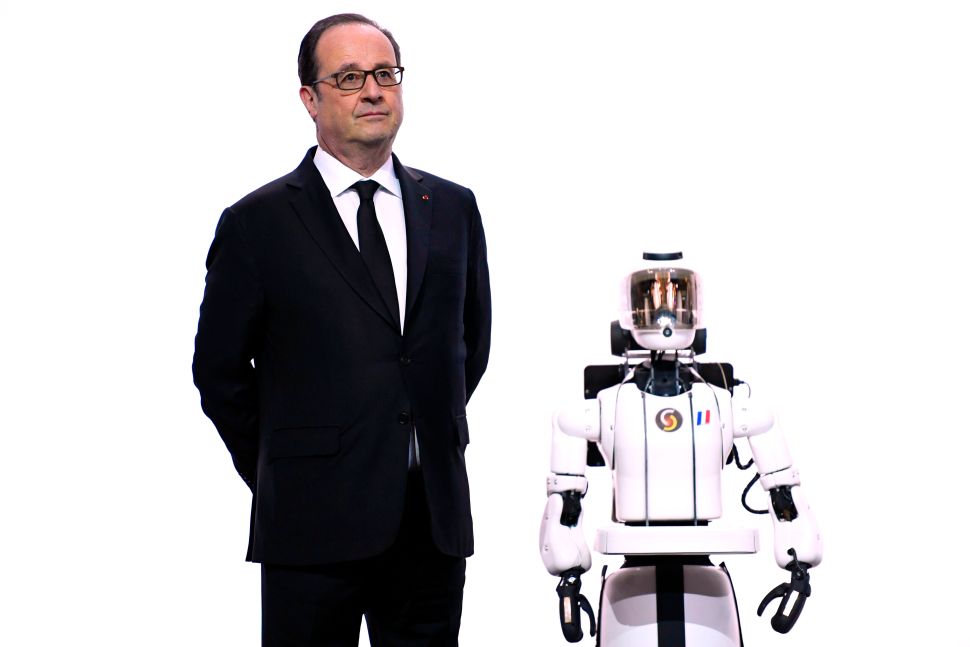