The fear on Haytam’s face was evident. I could tell he was processing what he had just heard. Haytam’s job is his livelihood; it is how he supports his wife and children. Without it, he couldn’t imagine what would happen to them. Haytam is Palestinian, and he just learned about efforts to shut down the factory in which we were standing in the Israeli city of Ariel.

The Israeli owners of the company were not the ones trying to shut the factory down. It was not the Israeli government either. The call to action came from the United States, where—for over a decade, on dozens of college campuses every year—anti-Israel students and professors have pressured universities to cease working with companies that operate in Israel. The students and academics driving this effort claim they have been called to action by Palestinian civil society. As I stood there, on the factory floor with Haytam, his eyes wide with shock and fear, I knew that claim was nonsense.

Efforts to economically and culturally isolate the State of Israel haven’t found any success here in the United States. Despite what the Palestine Solidarity Alliance and Students for Justice in Palestine might want you to think, these efforts haven’t taken root on college campuses either. In truth, no university has ever withheld its investments in companies that operate in Israel. Still, here at Hunter College of the City University of New York, our student government is being lobbied to vote for legislation that would demonize Israel on this campus. Passing this type of resolution would make Hunter an unsafe space for anyone who supports Israel and hopes for the day when Palestinians and Israelis can work side by side—not just in a factory in Ariel, but across the region.

Boycotting Israel doesn’t benefit Palestinians. Instead, when husbands and fathers are out of work, the families of Palestinian breadwinners like Haytam suffer immense hardship.

Haytam’s situation is not unique. There are many Israeli companies that employ Palestinians for highly skilled labor and value their employees of all religions and backgrounds. On average, Palestinians make double the wages as their brethren who work for Arab businesses. Often the wages are even higher or are equal to their Israeli coworkers. An estimated 120,000 Palestinians work for Israeli employers, and the Israeli government is hoping to add an additional 30,000 to that number.

If these divestment campaigns, commonly referred to as the Boycott, Divestment and Sanctions (BDS) movement, are successful, all of these people will be put out of work, dealing an enormous blow to hundreds of thousands of Palestinians.

For many, including students here at Hunter College, Israel is not just a place on a map or a 30-second clip on CNN. It is home. It is where I feel most comfortable. It is also where people—including Christians and Muslims—enjoy a level of human rights that simply doesn’t exist in any of Israel’s Middle East neighbors.

Knowing that the efforts of Students for Justice in Palestine and its partners on other campuses to “punish” Israel don’t actually bring justice to the Palestinian people, we should be working to demonstrate that demonizing Israel only harms Palestinians. Simple truth, there is nothing pro-Palestinian about these groups. They exist to delegitimize the Jewish state.

I stand for human rights here at home and around the world. I care deeply about providing the best possible outcome for all people in any conflict. I also know that passing a toothless resolution through student government won’t do anything to address the conflict in the Middle East; it will only create more conflict here on our campus. I long to see students actually promoting peace in a region many call home.

Eden Gorodischer is a sophomore at Hunter College, studying Psychology. She is a Hunter Roosevelt Scholar and a fellow with the Israel education group StandWithUs. 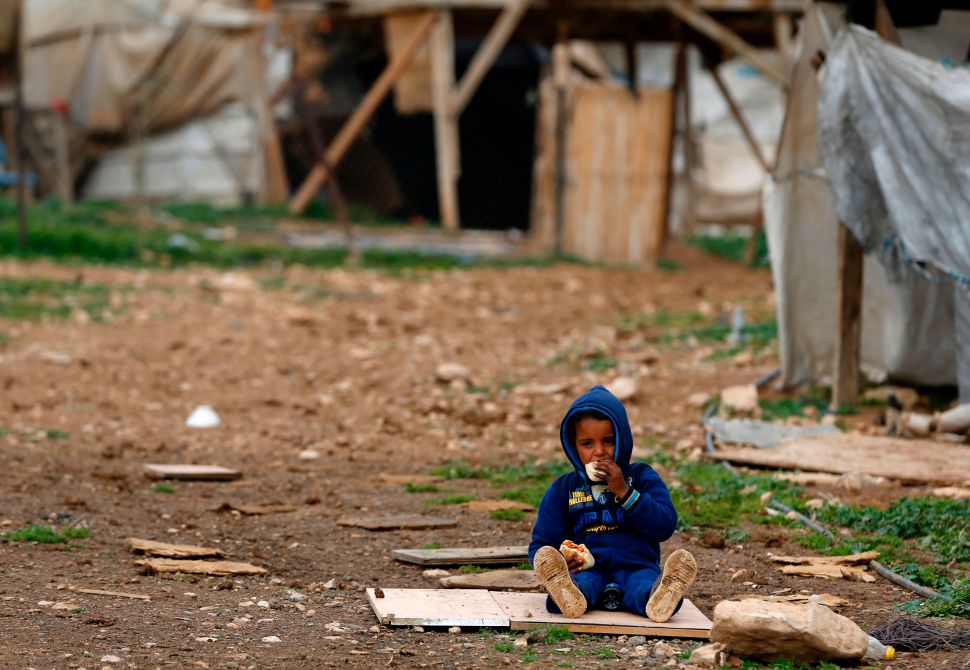