“Howard is referred to by Roy Disney as another Walt.”

Don Hahn, the legendary Disney producer behind films like Beauty and the Beast and The Lion King, is talking about Howard Ashman.“To us, and to our generation, he was a Walt Disney-type.”

It’s difficult to overstate the tremendous impact Howard Ashman, a Baltimore-born playwright and lyricist, had on what would become the proudest era of Disney animation. Ashman contributed the snappy, infinitely clever lyrics that helped make The Little Mermaid, Beauty and the Beast and Aladdin as enjoyable for adults as they were for children, but behind the scenes, Ashman was also working as a storyteller and producer, quietly redefining the way animation and music would be paired for years to come.

In the 1980’s, Disney began steering towards live-action films—the animation team was evicted from the studio’s main Burbank campus into a “temporary” camp of warehouses and trailers in Glendale. The Black Cauldron in 1985 had been a colossal bomb, and although The Great Mouse Detective had been a moderate success at the box office, it was outperformed by another mouse-themed animated story, An American Tail, from former-Disney animator-turned-rival Don Bluth.

The two had worked together, lyrics and music, on the Broadway musical Little Shop of Horrors (which Ashman directed and for which he also wrote the book). They were given the chance to write the music and lyrics for a story about a mermaid that had been in development at Disney since the 1930’s and which, after the success of Who Framed Roger Rabbit, they had decided would become a musical.

Ashman’s first major innovation was looking to Broadway and creating a new genre of Disney song: the “I Want” number.

“There had never really been an ‘I want’ number before in a Disney film,” Menken said, in an interview with EW. “Subsequently everybody at Disney would ask, ‘Where’s our “I want” moment?!’ But it’s that important moment where you engage the audience in the quest of the central character so you know what you’re rooting for.”

In an archival interview from the documentary Waking Sleeping Beauty, Ashman explained: “In almost every musical ever written, there’s a place, usually the third song of the evening—sometimes it’s the second, sometimes it’s the fourth. The leading lady usually sits down on something—a tree stump in Brigadoon, under the pillars of Covent Gardens in My Fair Lady, or a trash can in Little Shop of Horrors—but the leading lady sits down on something and sings about what she wants in life. And the audience falls in love with her and then roots for her to get it for the rest of the night.”

The “I Want” song continues to be a Disney princess staple. Mulan singing “Reflection,” Tiana’s “Almost There,” and Moana’s “How Far I’ll Go” are all legacies of Ashman’s decision to drape Ariel over a rock undersea and sing about wanting to be where the people are.

Ashman’s fundamental understanding of the link between Broadway musicals and animation informed every aspect of his work, from pushing to cast actors from the world of musical theatre like Jodi Benson and Paige O’Hara, to using his lyrics as tools to move the plot forward. Ashman’s songs are not two-minute breaks from the story; they are the story.

Case in point: the ambitious seven-minute opening number of Beauty and the Beast in which Belle introduces the audience to her provincial town, the story’s villain, his sidekick, her father, and her fundamental character struggle all in a single song. Ashman had been so certain that the ambitious number would get him and Menken fired that he didn’t want to propose it to Disney.

Beauty and the Beast became not only one of Disney’s most critically acclaimed films of all time, the first animated movie ever to be nominated for an Oscar in the Best Picture category, but also one of the most beloved. Howard Ashman, its visionary, died eight months before the film’s release.

The night of the 62nd Academy Awards in 1990 where Ashman and Menken won the Oscar for “Under the Sea,” Ashman told his friend and collaborator that they needed to talk when they got back to New York.

“At the party, Howard told me he was really happy,” Menken said, “and then he said that when we got back to New York we would have to talk. That was unlike him. Usually if he had something to say he would say it. I went to his house the following Thursday, and he told me he had AIDS. I was devastated.”

As he fought his worsening condition, Ashman worked on Beauty and the Beast from his home in Fishkill, New York, with Disney flying animators across the country to work with him.

“We set up in a Residence Inn,” said Hahn in EW. “All the music in Beauty and the Beast comes from that time in a little hotel conference room. Howard was able to work through it. He was able to work on that music even though he had literally lost his voice and could hardly whisper, and he was able to produce these joyful lyrics for us.”

Even when complications from AIDS forced Ashman to the hospital, he continued to listen in on O’Hara’s recording sessions as Belle and give her notes over the phone.

“He was really dealing with a debilitating disease, in an era when it was stigmatized,” Hahn said. “And so, there were so many of those underpinnings to the movie that people may not have seen.”

According to Hahn, the song “Kill the Beast,” was a metaphor for the stigma that went along with Ashman’s disease. The song, in which Gaston leads an angry horde of torch-wielding villagers to the castle, includes the lyrics, “We don’t like what we don’t understand, in fact it scares us and this monster is mysterious at least.”

According to Bill Condon, who directed the 2017 live-action adaptation of Beauty and the Beast, the character of the Beast himself also acted as a metaphor, as a way for Ashman to express and externalize his struggle with AIDS.

“It was [Ashman’s] idea, not only to make it into a musical but also to make Beast one of the two central characters,” Condon said in an interview with Attitude. “Until then, it had mostly been Belle’s story that they had been telling.

“Specifically for him it was a metaphor for AIDS. He was cursed and this curse had brought sorrow on all those people who loved him and maybe there was a chance for a miracle and a way for the curse to be lifted. It was a very concrete thing that he was doing.”

Ashman was too sick to attend the first internal screening of Beauty and the Beast on March 10, 1991 but afterwards animators flew to New York to tell him how brilliant the response had been.

“Who would have thought it would turn out this great?” they said.

Howard Ashman passed away from AIDS-related complications on March 14, 1991. He was 40 years old.

He would go on to win his second Oscar posthumously for Beauty and the Beast’s title song, a ballad and one of the most earnest and tender ever written by the characteristically snappy Ashman. “It has always seemed as if the glorious and poignant title song was his farewell to love and life and imagination,” Roger Moore of the Chicago Tribune wrote. The award was accepted by Ashman’s partner, Bill Lauch.

After Ashman’s death, Tim Rice stepped in to complete work with Menken on Aladdin, which Ashman had originally pitched to Disney. “Prince Ali,” “Arabian Nights,” and “Friend Like Me,” were all written by Ashman.

The Disney Renaissance, which began with The Little Mermaid, lasted for a decade, revitalized Disney’s emphasis on animation and laid the foundation for the Disney musicals that continue to be produced to this day.

Beauty and the Beast is dedicated to him, the prickly genius who understood how to merge song and story, who wrote lyrics so clever that animators couldn’t wait to draw to their scenes. “I can’t tell you enough about Howard and his effect on us,” said Hahn. “And how that turned into a revolution.”

“To our friend Howard,” the dedication reads, “who gave a mermaid her voice and a beast his soul, we will be forever grateful.” 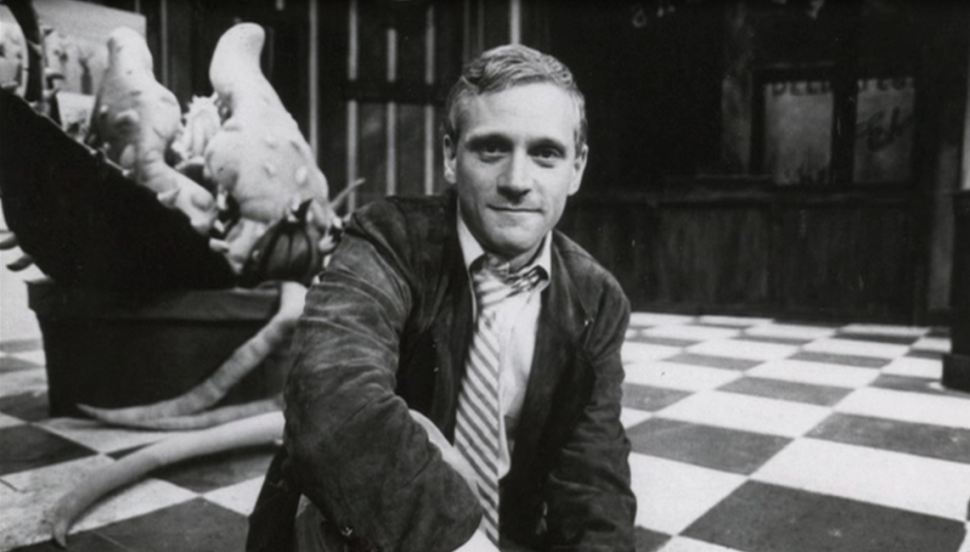