Watson appeared on the cover of Vanity Fair, and one image from her photo shoot showed her breasts barely covered by a “white crocheted capelet,” as The Washington Post described it. The photo is tastefully done and not explicitly vulgar, but that didn’t stop the attacks.

“I felt her message felt very conflicted in the sense that on the one hand she is putting herself in a category of a feminist, you know this very strong woman and she has that beautiful speech in one of her songs but then the camera, it felt very male, such a male voyeuristic experience of her,” Watson said.

Media outlets also questioned Watson’s photograph. The Hollywood Reporter wrote an article titled: “Is Actress and Feminist Emma Watson a Hypocrite for Going Topless in Vanity Fair?” The Independent went with: “Did Emma Watson pose ‘topless’ because of the patriarchy or despite of it? I doubt she knows herself,” and CNN ran with: “Emma Watson’s revealing Vanity Fair photo: Feminism or hypocrisy?”

I can’t be sure whether much of the criticism was from legitimately outraged people, or Internet trolls. The fact that the media ran with the story leans the needle toward outrage, even if that’s not how it originally started.

The objectification of women has certainly been a feminist ballyhoo for decades, with places like Buzzfeed publishing numerous articles about the topic (they don’t, however, find any problem in objectifying men at the same time—nor do many feminists).

It’s not difficult to understand how Watson could be seen as a hypocrite in that regard, but I’ve always found the whole objectification argument obnoxious. There are so many layers to the argument that contradict each other. On the one hand, magazines are excoriated for featuring sexy women on their covers, but on the other hand, women are encouraged to wear what they want.

Watson has now given an interview defending her photo, which she should never have needed to defend in the first place.

“It just always reveals to me how many misconceptions and what a misunderstanding there is about what feminism is,” Watson said. “Feminism is about giving women choice… It’s about freedom, it’s about liberation, it’s about equality. I really don’t know what my tits have to do with it. It’s very confusing.”

I would hope that others, especially other feminists, agree with what Watson said. The basic definition of feminism is about equal rights between the sexes. That’s the definition outrage feminists fall back on when one refuses to identify with people who dress like vaginas or who find sexism in everything or who constantly rail against the “patriarchy” as if women in America are some of the most oppressed in the world (hint: they’re not).

I would prefer modern feminists to be open to women’s choices. Instead, we see people continuing to push the gender wage gap myth (which is due to women’s choices in their careers and families). Pushing this myth is essentially attacking women for their choices—for not becoming engineers or high-priced lawyers and for not ignoring their families in order to work and make gobs of money.

I would rather women be free to live their life how they choose, but other “feminists” who believe in such a modern definition are often attacked. When then-presidential candidate Carly Fiorina gave a speech on feminism in 2015 that talked about women’s choices, Cosmopolitan writer Jill Filipovic said Fiorina’s brand of choice feminism is “no feminism at all,” declaring that “feminism” is actually a political movement (that, though she doesn’t explicitly write this, is apparently about supporting Leftist policies).

Watson also said in her response to the outrage that “Feminism is not a stick with which to beat other women with.” Oh, if only that could be true. But every actress nowadays is asked if she’s a feminist, and if she refuses the label, is attacked mercilessly until she apologizes—as demonstrated by “Big Bang Theory” star Kaley Cuoco.

It would be wonderful if what Watson now says would be true of the modern feminist movement, but I have my doubts. It appears that support for what women say always comes down to a popularity contest. When Fiorina, a Republican, said something similar, she was met with criticism because the policies she supports aren’t the preferred, popular, liberal policies that have been declared pro-women policies. But Watson is a popular actress who toes the line of Leftist feminism, so when she says feminism is about choice, she’s praised.

Perhaps her words will help unify feminists who believe in women’s rights but have different ideas about what policies help achieve equality. More likely, however, these words will serve as a future reminder of hypocrisy. 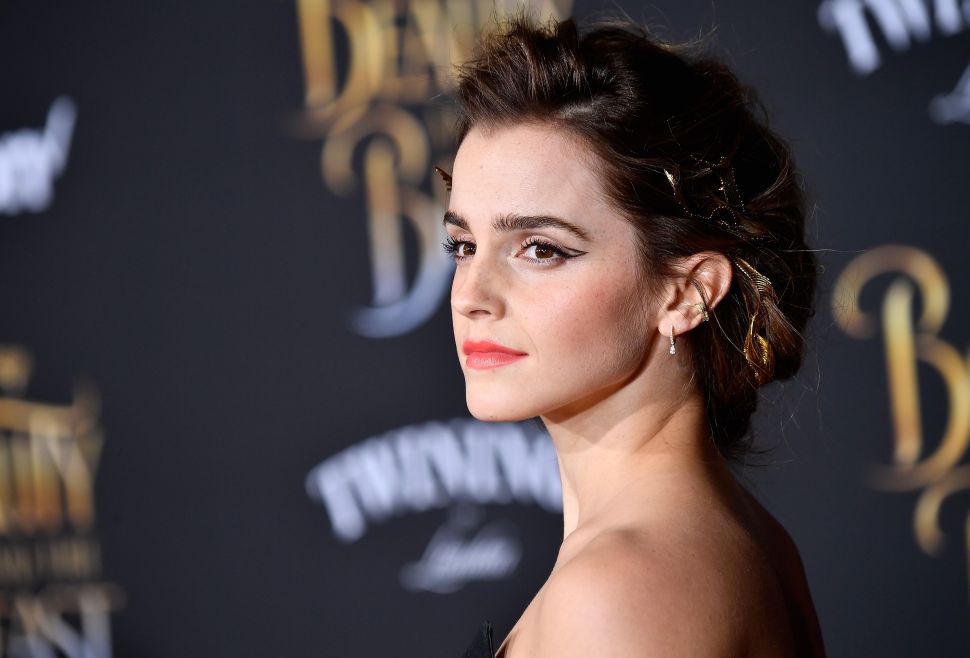