Though polls have shown that Sanders is the most popular politician in America, the Democratic Party and its party leaders struggle with low favorability ratings—even lower than President Donald Trump’s and the Republican Party’s ratings. Nevertheless, the Democratic Party continues to treat Sanders and his progressive supporters like outsiders. Instead of focusing on policy that could yield tangible benefits to voters, the party has been focusing on making excuses for Clinton’s election loss and doubling down on politically polarized issues like Russia hysteria.

In November 1991, shortly after he first won a seat in Congress as an Independent, Sanders spoke at Harvard University and predicted the rise of Trump by explaining that the political climate that was repelling voters from supporting either political party. “My major criticism is in fact that we are not even discussing the most important problems facing this country,” Sanders said. “What is going on to a large degree in this country is the enormity of the problems are [sic] being swept underneath the rug, and there is not serious debate. And what are the ramifications of that? The ramifications of that process both by the Democratic and Republican Party and the mass media is that tens of millions of people in this country now have given up on politics, have very little belief that the government is capable of resolving the enormous problems facing this country.”

Sanders explained that a dysfunctional and highly politically polarized government leads to record low voter turnouts and provides the groundwork for demagoguery and “the likes of the David Dukes of this world, who say, ‘Do you have problems?’ And people say, ‘Yeah, we’ve got a lot of problems.’ ‘Well the answer is, it’s blacks, it’s Jews, welfare recipients.’ ‘Oh, is that the answer? Okay Dave, we’re with you.’”

The rise of demagoguery, Sanders notes, should be rightfully blamed “on the shoulders of government, the Congress, the president, state governments who are not addressing the major problems facing this country and are creating a situation where most people are giving up on the political process.”

Now, 26 years later, people have given up on the Democratic Party because the party spews meaningless rhetoric and fails to deliver on its promises.

Democrats claim that they don’t believe in trickle down economics and want to help the middle and working class, yet they have consistently championed policies that disproportionately benefit their wealthy and corporate donors. Democrats use the issue of climate change to attack Republicans for being anti-science, yet they remain silent on oil pipeline protests like Keystone XL and Dakota Access and accept money from the oil and gas industry. Democrats capitalized on anti-war sentiments from the Iraq war, but they expanded military conflict abroad. Civil liberties are cited as a polarizing issue between Democrats and Republicans, but Democrats have propagated mass surveillance, kept Guantanamo Bay open, and have supported the use of drone warfare—among other things. The Democratic Party has tried to brand itself as diverse and accepting in response to Trump’s Muslim travel ban, but the party’s leaders elevated Islamophobic sentiments to suppress the candidacy of Rep. Keith Ellison for DNC chair. Democrats promised to pursue the issue of campaign finance reform during the 2016 election, but Hillary Clinton raised more money than any other presidential candidate in history. In regards to Obamacare, Democrats treat healthcare as a right despite refusing to support giving it to every American with a single payer healthcare system. While Democrats elevate the allegations that Russia interfered in the 2016 elections, they fail to acknowledge the undemocratic faults of the 2016 Democratic primaries. Instead, they have defended their corrupt authoritarian system by keeping super delegates, maintaining the same people in leadership, and refusing to ban donations from corporate lobbyists and PACs.

Given the frequency of instances that the Democratic Party has abandoned their values, it’s no wonder that Democrats are facing a Republican president, Republican majorities in both houses of Congress, and Republican dominated state governments across the country. 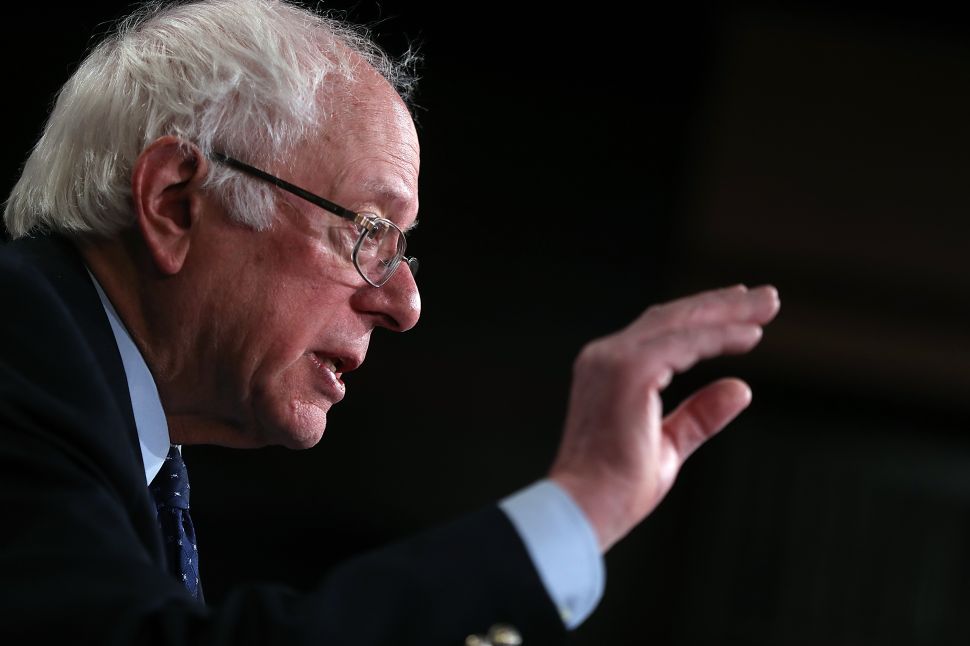