If the popularity of populist politics during the 2016 election demonstrated anything, its that millions of Americans are increasingly dissatisfied with the Democratic and Republican parties due to them only working on behalf of the top 1 percent. Studies have shown a direct correlation between political polarity and wealth inequality, and wealth inequality has continuously increased over the past few decades, leading to resentment toward the political establishment. Instead of diminishing that resentment with bold, meaningful policies, establishment Democrats have been flirting with the idea of seceding or separating their blue strongholds from the rest of the country.

A secession movement in California is now collecting signatures, and some Oregon citizens are advocating for a similar movement. On March 9, New Republic published an article by Kevin Baker that called for blue states to secede from red: a Bluexit. The article immediately jumps into the elitist condescension emblematic of neoliberals: “For more than 80 years now, we—the residents of what some people like to call Blue America, but which I prefer to think of as the United States of We Pay Our Own Damn Way—have shelled out far more in federal tax monies than we took in.” Under the guise of satire, Baker basically blames impoverished areas of rural America for being poor.

Baker cites that the states that voted for Trump accept more federal aid than the states that Clinton won. He uses Mississippi as his first example, The state has the largest percentage of black citizens in the United States, above 37 percent, so one would figure that identity politics would rule on the side of Democrats. Baker’s statistic doesn’t show that Democrats pay the way for others; it shows that poor regions of the United States hate Democrats. However, instead of trying to figure out why Democrats lose in the poorest regions of the country, Baker blames these voters for their poverty and suggests that the Democratic Party should abandon them altogether.

In contrast, Sen. Bernie Sanders is the only politician within the Democratic Party actively trying to reconnect with working, middle class and low income voters. The Democratic establishment has strongly resisted progressives’ push for reforms. Instead, it has opted for the path of least resistance by focusing on Russia, identity politics and political pettiness.

On March 9, the Huffington Post reported that Sanders has visited Mississippi, Kansas and Michigan since January. Next week, he will be visiting one of the poorest counties in the United States: McDowell County in West Virginia. Despite the fact that voters in these areas supported Trump, Sanders acknowledges that they are hurting and need the attention of their elected officials.

“The truth is, and I think anyone who objectively assesses the situation has to appreciate, that the model the Democrats have followed for the last 10 to 20 years has been an ultimate failure,” Sanders said in an interview with the the Huffington Post. He cited depleted numbers of Democrats in elected offices to prove that the status quo has been detrimental to the party. The Huffington Post reduced Sanders’ criticism to condescension, citing the establishment mantra that he isn’t a real Democrat. Yet, the article acknowledged that Sanders’ broad appeal is due to the fact that his strategy and politics stand out from the rest of the party, which has no intention of embracing his progressive proposals.

The Democratic Party is stuck in an ideological void in which they believe that they are entitled to majorities and elected offices. They are blind to their own failures and frequently blame a list of outside forces. Scapegoats have included Russia, fake news, the electoral college, millennials, Bernie Sanders, Susan Sarandon, rural America, Trump voters, people who didn’t vote, third party voters, and anyone else who has dared to challenge the Democratic establishment. 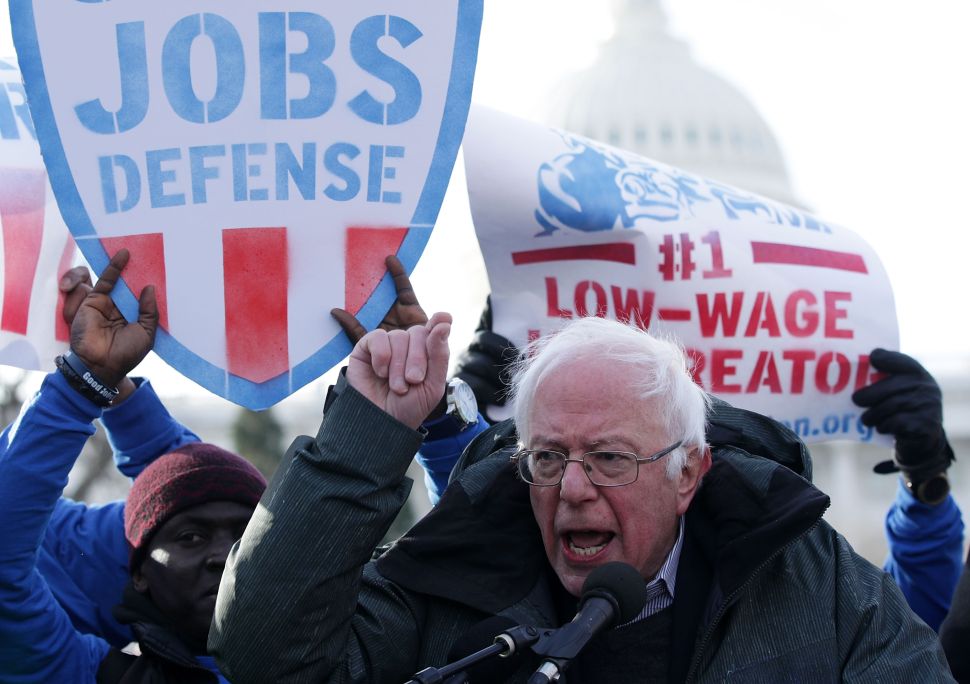