After complaining that our nation “worships wealth,” Bernie Sanders is learning that people who own three glass houses (or three regular ones) shouldn’t throw stones.

At issue is a twitterverse uproar the Vermont senator sparked with the following Saturday morning tweet:

We are living in a nation which worships wealth rather than caring for the poor. I don't think that is the nation we should be living in.

@BernieSanders which of you 3 homes did you tweet that from?

@BernieSanders how's that $600,000 summer house working out for you

@scott_salzberg @blaubok @BernieSanders Sell 2 houses and give health care to a 100 homeless people. quit telling me how to spend my money

@BernieSanders Funny coming from a man who is a multimillionaire himself what have you done for poor people? Not a Damn Thing! Pay up Fool!

@BernieSanders Says the man who owns 3 homes one which cost over $600,000. I'm guessing you have homeless people you're housing? Do as I say, not as I do?

Sell all you have and use the money to care for the poor. I have faith in you Bernie, YOU can do it!!! https://t.co/czf7dPNIUG

The timing of Sanders’ lakefront acquisition was uncanny, being reported just shortly after Hillary Clinton clinched the 2016 Democratic Party nomination for president. Had it been announced during the campaign—in which he gave Clinton a run for the taxpayers’ money—it certainly wouldn’t have enhanced his image as a wealth-eschewing, wizened man of the people.

In fact, the $600K home raised eyebrows after its purchase, for it amounted to more than Sanders’ and his wife’s reported net worth of $528,014. As one critic put it at the time, “What kind of elderly couple spends more than their net worth on a vacation home? Certainly, at a minimum, we can say a couple with no financial worries.”

In fairness, Sanders isn’t rich by Senate standards. Then again, he’s not just any senator—a fact from which he gets much mileage. The first avowed socialist in the Senate, he ran as an anti-establishment outsider against Clinton (after holding political office for 33 of the previous 35 years and continuously since 1991).

Sanders wasn’t just another young man, either. He apparently spent time in 1963 in an Israeli kibbutz called Sha’ar HaAmakim, whose founders admired the Soviet Union and called its bloodthirsty, mass-murdering leader Joseph Stalin (body count: 20 million-plus) the “Sun of the Nations.”

Now, though, the Red Bern “is a de facto millionaire,” according to a March 2016 Money magazine analysis. He got there partially “by using many of the tricks that would be banned under his own tax plan,” National Review chimed in a month later, after reviewing his 2014 IRS return.

NR continued, “Sanders’s taxation philosophy is simple: If you can pay more, you should; deductions are not a justifiable reason for a wealthy person to pay a lower effective rate than someone who earns less.” Yet Sanders paid an effective tax rate of just 13.5 percent—lower than Mitt Romney, who got hammered during the 2012 presidential race for not paying his “fair share.”

Sanders also donated a mere four percent of his income in 2014 to what are described as “undisclosed charities.” Perhaps the money went to a Stalin-loving Israeli kibbutz.

Again, Sanders isn’t wealthy by politicians’ standards (Democrat representative Nancy Pelosi is worth $200 million). Yet not everyone piously accuses our nation of worshiping wealth. Not everyone subscribes to an ideology with the tenet “From each according to his ability, to each according to his needs,” originated by French socialists (not by Karl Marx). So unless Sanders possesses the power of bilocation, why multiple homes? Needs, not wants, right?

Then again, some have greater needs than others. North Korean leader Kim Jong Un apparently needs a “pleasure squad” of teenage virgins while many of his people don’t even need basic nourishment.

Yet however Sanders talks the talk, his walk is not unusual. Study after study after study has shown that conservatives donate more money to charity than do liberals, especially when adjusting for income. Why, The New York Times’ Nicholas Kristof, of all people, branded his leftist fellow travelers “Bleeding Heart Tightwads.”

Research tells us why the appellation fits, too, showing that liberals are actually quite money hungry. For example, journalist Peter Schweizer reported in 2008 on studies revealing that “Left-wingers are more likely to rate ‘high income’ as an important factor in choosing a job, more likely to say ‘after good health, money is the most important thing’, and agree with the statement ‘there are no right or wrong ways to make money.’”

While there are many reasons for this, one Schweizer mentions is that “[m]uch of the desire to distribute wealth and [for] higher taxation is motivated by envy — the desire to take more from someone else — and bitterness.” Note that this just echoes famed British statesman Winston Churchill, who observed almost 70 years ago that socialism is “the gospel of envy.”

Of course, this doesn’t mean Senator Sanders will be renouncing it anytime soon. And you can bet your house on that—just don’t do it with Bernie. He’s collecting ‘em. 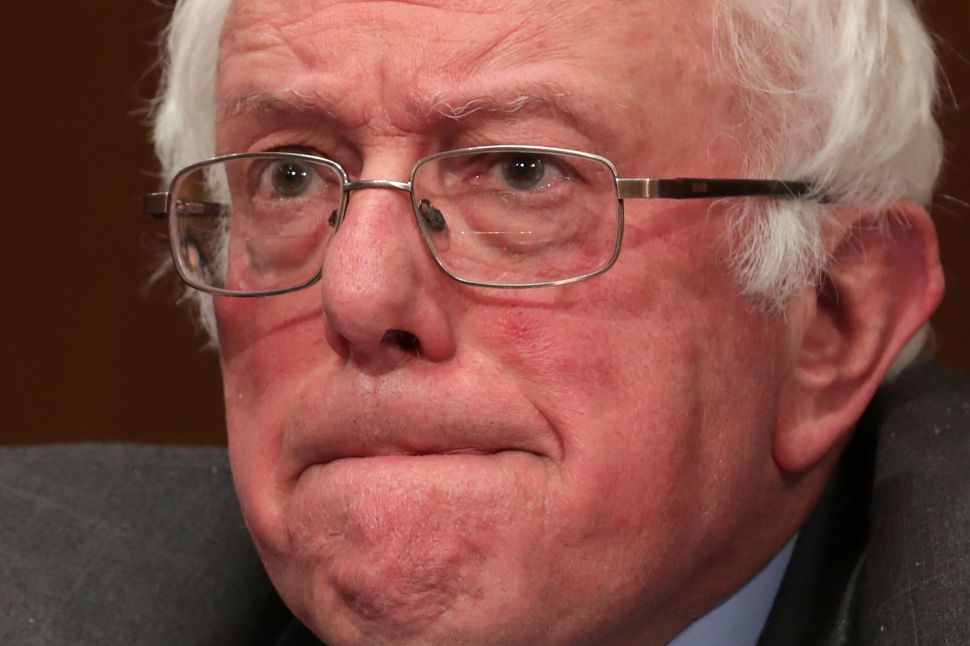