In the early 1920s, as Danish designer Poul Henningsen observed Copenhagen at night, he lamented the quality of light in people’s homes. He noticed that the incandescent bulbs – sometimes bare, sometimes surrounded by a single shade – created “arrows of light” and a harsh glare.

Henningsen set out to create a new design that would mitigate this “dismal” effect; it would be “…constructed with the most difficult and noble task in mind: lighting in the home.”

“The aim is to beautify the home and who lived there,” he wrote, “to make the evening restful and relaxing.”

His approach was scientific. He rigorously examined how using multiple shades could cast a warm glow of light within a room.

It’s delightful to look at. But most importantly, it emits a light that’s forgiving to the eye – an effect that’s created by the multiple shades, which evenly distribute the light. This creates a soft halo that attenuates the contrast between the light source and the surrounding darkness.

Henningsen’s sleek, spare lamp was awarded a gold medal at the 1925 International Exhibition of Modern Decorative and Industrial Arts. Over the years, it inspired many offshoots, such as the Artichoke Lamp, and became a product worthy of kings: In 1938, a train compartment for Danish King Christian X included one of Henningsen’s lamps.

All underscore the strength of the original design, which can still be bought today.

For years I took the simple paper clip for granted. As a kid I’d twist them apart to hang Christmas ornaments. In my teens I’d use them to shoot rubber bands at my friends. And in the 1990s I’d straighten them to pop a software floppy disk from a defective hard drive.

It wasn’t until I became a design student that I realized the paper clip – which is officially patented as a “gem paper clip” – was a near-perfect design: elegant, functional and made of steel, a sustainable and recyclable material.

But the paper clip had a long path to the flawless form we know today.

The paper clip started out as a pin that pierced the papers to hold them together. The sharp pins would prick the workers using them and were difficult to use. Thus began the gradual improvements: The straight pin morphed into something called a T-pin, a device with a horizontal wire on the end that allowed the pin to be pushed more easily through the papers without needlessly pricking fingers. However, this design still left holes in the papers.

In the late 1890s inventors in the United States and Europe began to work on new versions of the paper clip. In 1898, Pennsylvania inventor Matthew Schooley believed he had improved upon the pin design by creating two loops in the wire. But there was still a problem: A piece of wire extended from the loops and would catch and rip the paper. Many other inventors introduced various clasps, clips and metal-stamped designs, all in an effort to create a reusable paper binder that would be cheap, safe and secure.

Finally, in 1899, an inventor from Connecticut named William Middlebrook designed the gem paper clip, along with a machine to manufacture it, to create the paper clip that we know today.

The iconic double loop design had just enough spring to hold several sheets of paper together – without snapping and without piercing fingers or paper. Today, Americans buy 11 billion paper clips every year, though they aren’t all used for binding pieces of paper – I doubt Middlebrook could have imagined that his invention would double as an ornament hanger and rubber band launcher.

In 1958, architect Eero Saarinen, who had been tasked with designing the main terminal for Washington Dulles International Airport, approached furniture designers Charles and Ray Eames – already famous for their Eames Lounge Chair – with a request: He wanted a public seating system for the terminal that was affordable, sturdy, stylish and versatile.

In 1962, the husband and wife team unveiled their tandem sling seating system. Even though it was designed to complement Saarinen’s terminal, it was so practical that it quickly became one of the most common seating solutions for airports around the United States – and, eventually, the world.

Because public seating gets so much use, it needs to be sturdy and easy to maintain. Cost is always an issue, so designers are often hamstrung if they want to make something that’s aesthetically pleasing.

An iconic example of the principles of midcentury modernist design, Eames’ seating system was an elegant and simple solution to all of these problems. It ships in parts, is easy to put together and maintain, and is tamper-proof.

The chairs are sturdy but lack a cumbersome support structure, which makes it easy to clean the floor under the seats. The configuration is flexible: Rows can be as small as two seats and as long as eight.

Furthermore, there are only three main materials used in the design: aluminum, vinyl and neoprene (a synthetic rubber). Even though the materials are cheap, they look expensive and upscale. The sling seat cushion slides into a slot and never tears. Meanwhile, the width of the seat accommodates a wide range of body types.

And if travelers miss their flight and need to spend the night in the terminal, the seat and seat back are angled in a way – like the Eames Lounge Chair – that allows its occupant to get some shut-eye.

American industrial designer Henry Dreyfuss’ AT&T Model 500 phone is one of the most iconic and recognizable products of the 20th century. The phone – together with its design process – was a harbinger of many design principles used today.

Rotary phones – which feature a round dial with finger holes – first emerged in the early 20th century. But many of these were bolted to the walls or required two separate devices for speaking and listening.

In addition, early telephone users would call into operators, who would use a switchboard to connect callers. When this process became automated, designers needed to figure out a way to offer an intuitive interface, since callers would be dialing more complicated number sequences (essentially doing the “switching” on their own).

Though earlier models came close to addressing these needs, the 500 model elevated the design, adding several functions that forever changed the way phones would be used.

AT&T’s first rotary phone in 1927 (dubbed “the French Phone”) had an integrated handset for both the loudspeaker and the microphone, but it was cumbersome to use. Meanwhile, Dreyfuss’ earlier model from 1936, the 302, was made out of metal and also had an awkwardly shaped handset.

Employing new plastic technology, the phone’s handset was smooth, rounded and proportional, an improvement on unwieldy earlier versions. It was the first to use letters below the numbers in the rotary – a boon for businesses, since phone numbers could now be advertised (and remembered) as mnemonic phrases (think American Express’ “1-800-THE-CARD”).

The 500 phone was also the first to undergo a design process that used ergonomic (comfort) and cognitive experts. AT&T and Dreyfuss hired John Karlin, the first industrial psychologist in the world, to conduct experiments to evaluate aspects of the design. Through extensive consumer testing, the designers were able to tweak all minutiae of the product – even minor details like placing white dots beneath the holes in the finger wheel and the length of the cord.

Including its later incarnations, the phone would go on to sell nearly 162 million units – around one per American household – and become a presence in living rooms, kitchens and offices for decades to come.

Changing the way we work and play

But one of these models – the Microsoft HoloLens – has sold thousands of units since its first shipment in 2016.

The HoloLens allows users to interact with a 3D digital world and simultaneously see what’s around them in the real world. In order to operate the interface, users can make hand gestures, talk or simply gaze.

The product was designed with ergonomics in mind: Users can adjust the head size, the head band and glasses. The weight – distributed throughout the crown area – prevents pressure on the nose and ears. Users can even wear their own glasses or wear their hair up in a pony tail. This is a key difference from most VR headsets – like the HTC Vive – which are heavy, cumbersome products.

While one could easily imagine a new generation of video games being designed for the HoloLens, a number of employers have realized the glasses can improve workplace productivity and ease the burdens of certain jobs.

For example, the company ThyssenKrupp, which manufactures elevators and escalators, has begun giving HoloLenses to its elevator technicians, with the idea that the glasses will allow them to access data much more efficiently. The employees can multitask, choosing either to lift up the spherical visor or to keep it in front of their eyes as needed – all while working in a cramped elevator shaft.

Meanwhile, medical schools are using the HoloLens to train doctors without using cadavers, while Volvo is using it to design new car models.

If the price goes down, the market for this product – currently in the thousands – could easily multiply into millions.

Catherine Anderson is an Assistant Professor of Interior Architecture and Design at George Washington University; Carla Viviana Coleman is an Assistant Professor of Design at the University of Maryland, Baltimore County; Craig M. Vogel is the Director of the Center for Design Research and Innovation at the University of Cincinnati ; Kalle Lyytinen is the Iris S. Wolstein Professor of Management Design at Case Western Reserve University, and Lorraine Justice is the Dean of the College of Imaging Arts and Sciences at the Rochester Institute of Technology. This article was originally published on The Conversation. Read the original article. 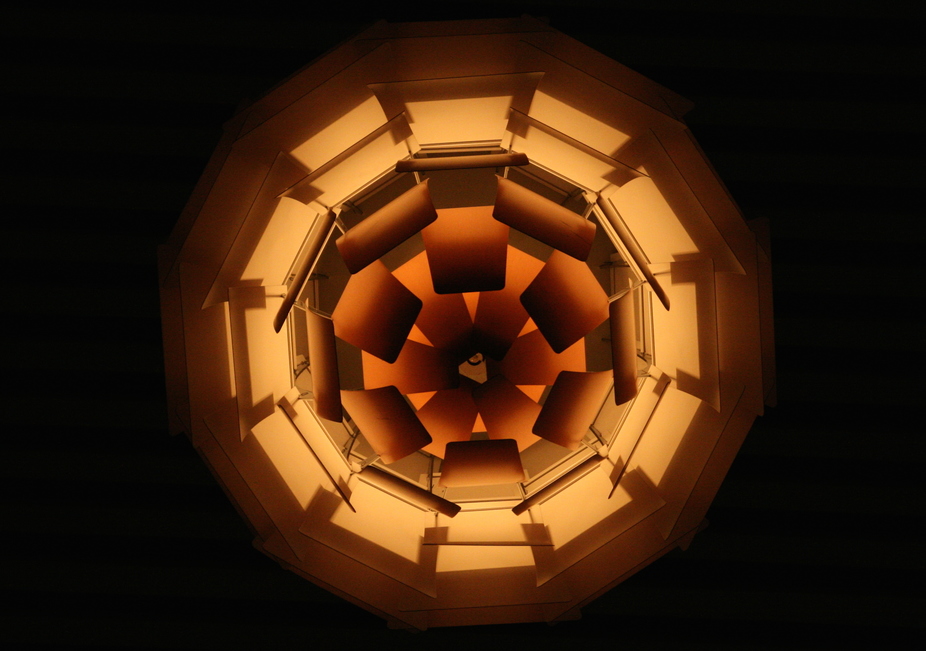