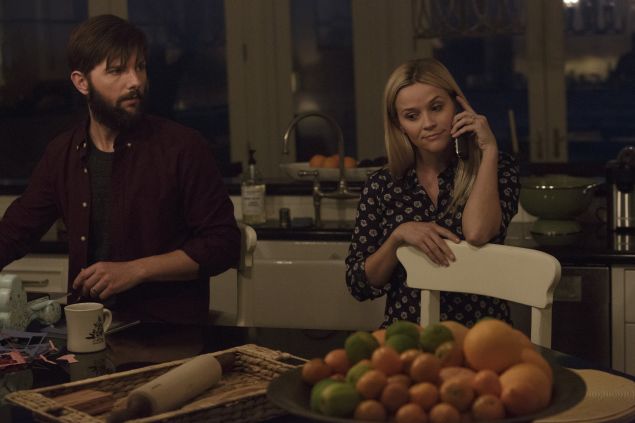 In the world of Big Little Lies, contrition and apology often serve only to worsen situations. Every couple on this show is deeply dysfunctional, and to see them make up is never to see them improve their relationship, but merely to see them have a nice moment amidst the sea of callousness, bitterness, and stupid, pointless fights they seem to have doomed themselves to.

Early on, we check up on the couple whose example of this dynamic is most egregious: Celeste and Perry. Perry misses the invite to a trip to Frozen on ice, so he chokes his wife– only this time she actually threatens to leave, and they seek counseling. Then there’s another flash-forward to the murder investigation. We still don’t know who murdered whom, and the juxtaposition of the investigation with whatever scene precedes it always inherently implies something. We can’t really trust these implications, except when we can.

Meanwhile, both Amabella’s birthday party and the spiteful counter-trip to Frozen are underway. The birthday party has a very King Joffrey vibe, and the kids get counter-counter-spiteful Frozen-themed gift bags. Some of the murder witnesses recall Bonnie’s fairly innocuous dancing inciting boners among the dads. At the same time, the Frozen trip moms drink white wine on the ride there and sing along to Fleetwood Mac in what can only be described as the most NorCal shit ever.

Jane leaves Harry, the stuffed hippo that kids have been taking care of for school projects for ten years, at Frozen. After a threat by Renata, Madeline scrambles to figure out what to do to keep “Avenue Q” going at the high school. The “Avenue Q” interjections are funny because, while that play uses corniness to be subversive, it’s also already kind of dated. Abigail confronts Ed about his talk with Nathan, and it comes up that Madeline is perpetually agitated about something: “Agitation is your mother’s preferred state of being,” Ed says. While Celeste and Perry serve as the most dramatic example of enabling behavior, this statement represents a different form of the same tendency: I know from personal experience that the kind of resignation Ed displays here, implying that he’s okay with the fact that his partner’s love of getting riled up supersedes her dedication to having a normal relationship with her kids– can have significant and lasting negative effects on a young person. Hopefully Abigail does not end up on the side of the road offering to recap TV shows for weed, which is how my editor found me.

Abigail tells Madeline she wants to live with Nathan and Bonnie. Perry gives Celeste a necklace and goes down on her. In one of the low-key funniest moments of the episode, Renata bemoans what she’s become: “One of those people I swore I would never turn into… corporate, controlling, anxious…” Of course Renata must have always been controlling and anxious, and must have fought pretty hard for her place in the corporate world. This strikes me as pretty true-to-life: everyone thinks they’re going to be a more fun adult than they end up being. Gordon suggests they bone down in the bathroom.

Perry explains his rage to the therapist by putting on a bashful act with her and talking about how Celeste could get any man she wants. “We have this dirty secret,” Celeste explains it. This serious confession of violent sexuality is contrasted with Renata and Gordon’s kind of adorable raucous fucking, which involves Renata carrying on theatrically and knocking stuff off the bathroom sink.

Madeline and Ed and Nathan and Bonnie talk about the new arrangement with Abigail, and Nathan tells Madeline he thinks Ed wants to fight him. For all her good will, Bonnie is also an enabler– she may have gotten Nathan into yoga and being a good dad, but she has not stopped him from being a jerk. It’s just now he’s a jerk who takes care of his kids and does yoga, and is extremely smug and condescending about it.

After having to deal with a family tree project, Jane tells Madeline the truth about Ziggy’s father: he was a one-night stand who said his name was Saxon Banks, because apparently the aliases White Richman and Honky von Moneybags had already been taken. He seduced her and then became rough and cruel with her without her consent.

Renata tells Gordon she appreciated how much he desired her today. He says he desires her all the time, and she corrects him: “You want to have sex all the time. Today, you desired me.” This difference seems like a pretty key thing to know about relationships: being horny and attractive (or having whatever quality Renata finds attractive in Gordon– perhaps it’s just the desire he feels for her) don’t really count for all that much when it comes to keeping the spark alive. What’s more important is desiring with a knowledge and appreciation for specific things about your partner.

Jane imagines shooting an intruder in her home. “We still don’t know the truth about Jane,” one of the murder witnesses says. Perry puts on “Harvest Moon” by Neil Young and dances with Celeste. Some of the cheap music choices earlier in this show had bothered me but I guess they were just getting warmed up before bringing in the big hits. Jane moves her gun from her locked bedside table to under her pillow, while remembering disrobing and getting into the ocean after her violation by Saxon Banks. She’s remembering and reaffirming the baptism that made her the tough, guarded person she is now.

This episode is kind of a snooze compared to the first two– nothing new is introduced, it’s just more developments of the plot elements we already know. I feel like a lot of the stuff in this episode was covered through exposition in the book. This problem is maybe where these kind of big masterpiece miniseries might benefit from a more episodic structure, like The Sopranos had. On the other hand, maybe the snooze quality is also fitting: this episode is calling “Living the Dream,” and some of the characters sing “Dreams” early on. You could also interpret Jane going into the water as an allusion to The Awakening by Kate Chopin. These characters are sleepwalking through their lives, ignoring red flags, being complacent with all manner of bad behavior because they are also incredibly comfortable and content. Of course we know a reckoning is in order, but we have to see the dream-state that enabled it first. 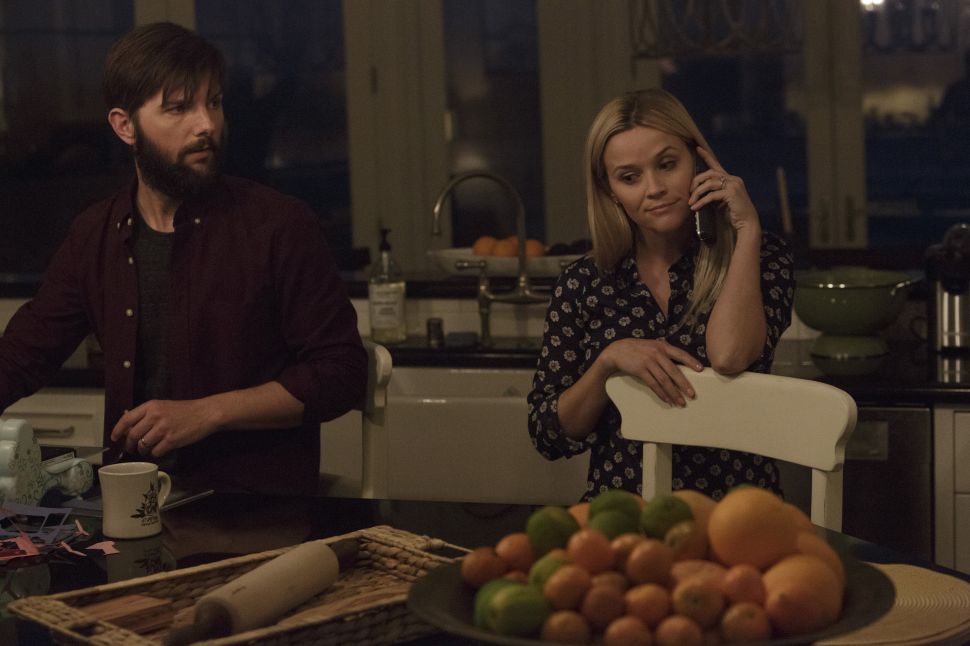