Judge Susan Wigenton on Wednesday sentenced former Deputy Executive Director of the Port Authority Bill Baroni to a 24 month prison sentence for his role in the 2013 realignments at the George Washington Bridge popularly known as “Bridgegate.” His co-defendant, Bridget Kelly, was sentenced to 18 months in prison. Following the court proceedings, attorneys for both Baroni and Kelly addressed a gaggle of reporters outside of the federal courthouse in Newark to make it clear that both parties plan to appeal the sentences they were given.

According to Baroni’s attorney Carlos Ortiz, the defendant “looks forward to his appeal.” Ortiz also said that while the day’s proceedings highlighted the positive things Baroni had done prior to his involvement in the Bridgegate case, the sentencing did not reflect that Baroni had been an “exemplary public servant” up until the beginning of Bridgegate and in the years since his indictment.

Michael Critchley, attorney for Kelly, said that she also plans to appeal the sentencing. He expressed confidence that Kelly — a single mother of four — would be “vindicated.”

“We are now ending the first phase of these proceedings,” Critchley said. “However, now we look forward to the appeal.”

While Baroni did not address press on his own behalf, Kelly opted to give brief remarks following her sentencing.

“This fight is far from over,” she said. Kelly also said that she refuses to be a “scapegoat” in the Bridgegate case.

Acting U.S. Attorney  for New Jersey Bill Fitzpatrick said that he believes Wigenton’s decisions were just and in line with the law. While Fitzpatrick addressed press following the sentencing, former U.S. Attorney for the state of New Jersey Paul Fishman was in the position for Bridgegate trial last year. Fishman resigned earlier this month at the request of President Donald Trump.

“I think that the system worked exactly how it is supposed to work,” Fitzpatrick said. The acting U.S. attorney also said that the sentencing of Baroni and Kelly is an important example to deter future cases involving public officials. According to Fitzpatrick, appeals like the ones planned by Baroni and Kelly are typical after sentencing is handed down. 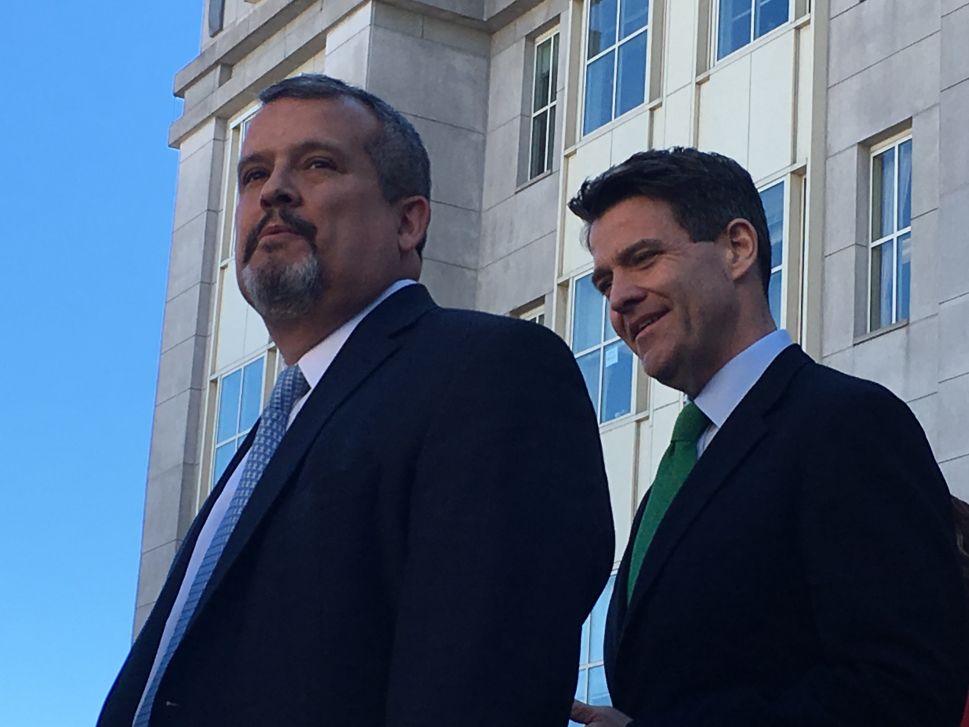