Bill and Hillary Clinton defined their time since Bill’s term and office with courting wealthy and corporate donors indiscriminately. Corporate donors that traditionally supported Republican and conservative organizations—like Exxon Mobil, Duke Energy, Citi Bank, and other companies from around the world—poured millions of dollars into the Clinton Foundation. Simultaneously, corporations, billionaires, and millionaires who already preferred Democratic candidates increased their investments into the Democratic Party.

This courtship of the world’s most wealthy individuals and corporations extended into Russia’s oligarchy. Forbes lists 77 Russian billionaires, and many of them have a relationship with the Clintons. In 2015, The New York Times reported on the ties between the Clinton Foundation and its board member, Canadian Financier Frank Giustra, as a Russian company pushed for control of United States based uranium resources. In 2008, The New York Times reported that Giustra donated millions of dollars to gain access to the Clintons and used his relationship as leverage in a multi-million-dollar uranium deal in the former Soviet Union Republic of Kazakhstan, which Bill Clinton visited with him.

In June 2010, Bill Clinton visited Moscow to give a keynote speech for $500,000 to Renaissance Capital, a Russian investment bank owned by Mikhail Prokhorov, who owns the Brooklyn Nets, Barclays Center Arena, and several other entertainment venues in Brooklyn. In 2015, The Wall Street Journal reported that Clinton received a personal thank you note for the speech from Vladimir Putin and a press release from Renaissance Capital noted that the conference was attended by several Russian officials and corporate leaders. However, Clinton’s relationship with Russian elites began long before this speech.

In 2003, Bill Clinton presented the Golden Plate Award of the International Academy of Achievement in Washington D.C. to billionaire Mikhail Fridman, the founder and owner of the Russia-based Alfa Bank, the same bank that has been subject to allegations that one of its computer servers was communicating with the Trump campaign, though the allegations have yet to be proven. In 2016, Bloomberg reported that Bill Clinton’s Chief of Staff Thomas McLarty III was advising Fridman’s company LetterOne about investing $3 billion in the United States’ healthcare system.

Billionaire Gennady Timchenko, who is rumored to be a former KGB agent, acquired several holdings of Clinton donor Tom Steyer’s hedge fund in 2010.

In 2013, Bloomberg reported that Chelsea Clinton attended the World Economic Forum in Davos, Switzerland where several Russian billionaires attended what has been dubbed the Burning Man festival for billionaires.

Russian billionaire Leonard Blavatnik’s wife has donated $33,400 to the Democratic Party and gave the maximum donation for an individual,  $2,700, to Hillary Clinton during her presidential campaign. Daria Zhukova, the wife of Russian billionaire Roman Abramovich, a Putin ally, donated the same amount.

Clinton campaign Chairman John Podesta and his brother, Tony, founded the lobbying firm the Podesta Group, which in 2016 lobbied on behalf of Sberbank, which is owned by the Russian Central Bank. The firm also lobbied for a pro-Russian political party in Ukraine, the same one that caused Trump adviser Paul Manafort to resign in embarrassment after it was revealed that he worked for former pro-Russian Ukrainian President Viktor Yanukovych. Politico reported that the revelations about Manafort were provided to the Clinton campaign from the Ukrainian government through a DNC consultant who met with Ukrainian officials at the Ukrainian embassy in Washington D.C.

The Clinton’s ties with Russian oligarchy aren’t inherently problematic, but it demonstrates the globalized web that anyone deeply embedded in oligarchy is a part of. In 2013, New York City Mayor and Clinton surrogate Michael Bloomberg said, “Wouldn’t it be great if we could get all the Russian billionaires to move here?” He claimed that the influx of investments and spending from elite foreigners was boosting the city’s economy, despite concerns that such investments were broadening the gap of wealth inequality and inflating the city’s cost of living. These relationships of the world’s most powerful elites has created is a neo-liberal dystopia.

The Clintons used the Clinton Foundation to increase their marketability and access to the world’s most powerful people, while billionaires and corporations in turn sought out the Clintons’ political power and broad network to serve their business interests. This network is why Russian oligarchs have crossed paths with the both the Clintons and Donald Trump and why even the Clintons maintained a relationship with Donald Trump. In 2005, they attended his wedding to Melania Trump and, before he began his presidential campaign, Bill Clinton called Trump to provide advice.

Elected officials have developed incestuous relationships with the world’s biggest corporations and wealthiest people, and billionaires, millionaires, and corporations have developed similar relationships with one another internationally. This system has ripped apart the constraints democracy puts on the wealthy and powerful and enabled greater wealth inequality. The purported connections in the mainstream media between Trump and Russian elites are a product of this system. Though the outrage is based on prejudice against anything Russian by Trump’s opponents, the corrupt system that warrants outrage, which produced the anti-political culture that enabled Trump’s presidency, gets ignored. 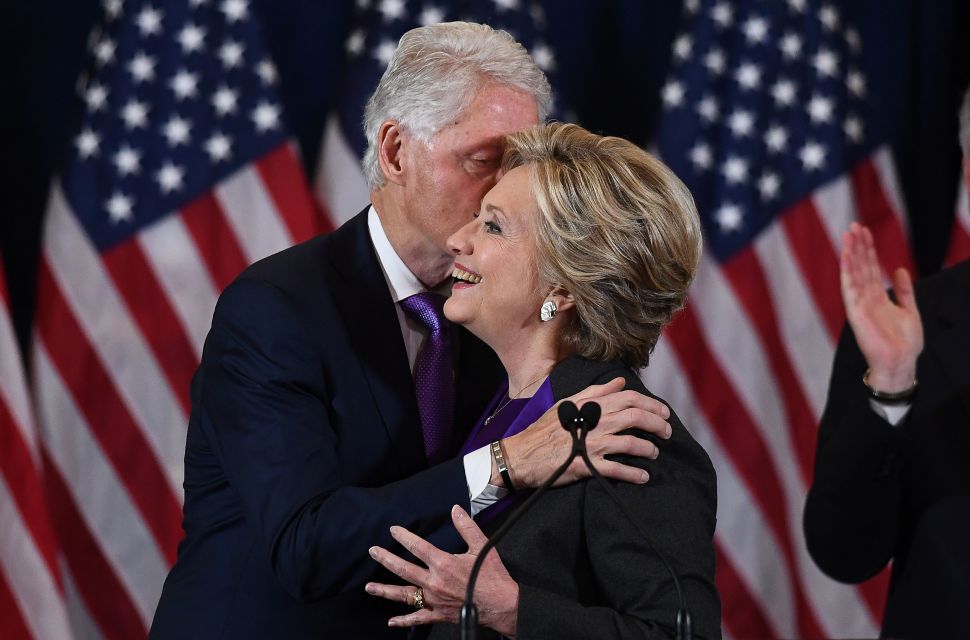