Sometimes the best things come in small packages: truffles, painkillers, diamond rings. And so it is with a neat, low-budget surprise called Bokeh, from—of all places—Iceland! Yes, that country has a film industry, although it, too, is minuscule, but with this film as evidence, quite capable of producing movies that are fascinating, valid, and off the beaten track.

I’ve never seen anything of Iceland beyond the Reykjavik airport, but when you see this movie, opening this week in limited cinemas and on the internet, you will be forced to agree—we’ve all been missing something. This is a land of frozen green meadows, icy gorges, rustic country churches and gushing waterfalls. In Bokeh, the spectacular scenery provides a perfect pastoral backdrop for an unsettling dramatic premise. Riley and Jenai, a young American couple on vacation in Iceland wake up one morning and discover, to their horror, they are the last two living people on Earth. For the rest of this unique and imaginative film, they try to make sense of what happened—to them and to the rest of the world as they knew it. The deserted streets and sidewalks are the same powder blue as the pastel sky above them—as stark as an X-ray. From their cell phones, they try to make some calls. Nobody answers anywhere. On their laptop computer, no emails, posts or texts of any kind from anyone. They try to rationalize. If it’s a plague, where are the bodies? If it’s an alien invasion, what happened to the space ships? In the 90 minutes that follow, bewilderment and confusion morph into fear and a feeling of uneasy isolation, then a mixture of resignation and eventual despair. Boredom is not an option.

In the circumstances, the boy is the pragmatic one, accepting his fate with glee and a smorgasbord of multiple choices. The question, he asks, is not “What is happening?” but “What do we do about it?” His mojo is “Re-stock on every important item in the food and clothing stores, then establish squatters rights in the most comfortable house in town and upgrade with a bigger, better automobile. The girl is more concerned with reaching her family and hoping they won’t run out of and electricity. Later, when they tire of sightseeing alone and sampling the wine lists in empty restaurants, they get around to more pressing issues, like how their predicament fits into themes of religion and science. The writing and co-direction, by the team of Geoffrey Orthwein and Andrew Sullivan, is so careful and revelatory that the viewer shares in every scene, and Matt O’Leary and Maika Monroe, the two actors who dominate every frame of the picture, are so attractive and intelligent that you can’t wait to know them better. Especially Mr. O’Leary, who is so natural and charismatic that if there is any justice he’s got stardom in his tarot cards. His idea of perfection is an endless supply of everything they need, with nobody around to share it with, while she worries about what comes after the novelty wears off. What happens if something fatal strikes to one or the other, with no doctors, hospitals or 911 to call? Imagine the panic that sets in when you’re the last man on the planet and you get trapped in an elevator!

The initial adrenalin rush of knowing you are alone, without the stress of worldly cares, brings a feeling of unprecedented peace. The terrible part comes with the reality that peace—or the illusion of it—is like everything else: it can go just so far in the construct of life and death. As the girl gradually surrenders to despair, the film asks the most important question of all: what is the meaning of life if the past is meaningless and there is no future? Beautiful and challenging, Bokeh has a pristine look and chilling feel of its own that contributes enormously to the mood and tone of the whole film. The title (I thought you’d never ask) is a term in photography meaning the aesthetic quality of the blur in out-of-focus images captured through the lens of a camera. It’s a stretch, but that’s the only thing pretentious about Bokeh. 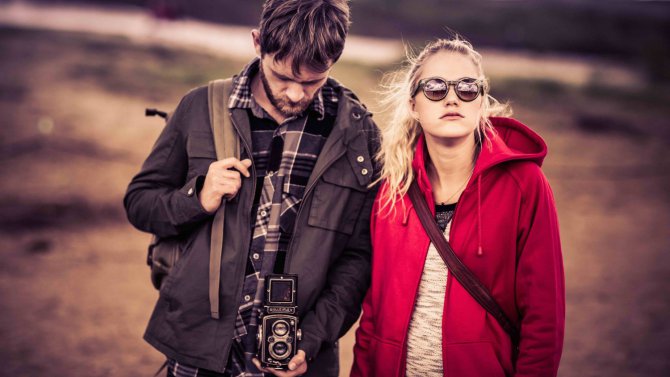