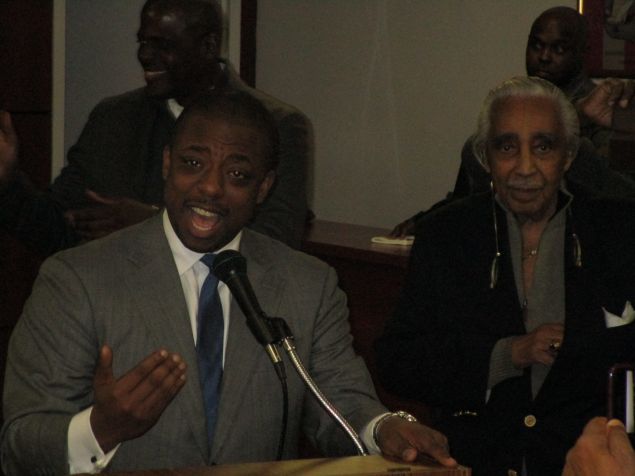 An arcane uptown contest marked with accusations and irregularities ended in a decisive victory for the New York County Democratic Party this afternoon—as the party operation successfully delivered the ballot row in a special election for State Senate to its favored candidate, virtually assuring him of victory in the deep-blue district.

Real estate developer Brian Benjamin, a close ally of party Chairman Keith Wright, defeated district leaders John Ruiz and Rev. Al Taylor with nearly two-thirds of the vote after a prolonged nominating convention in Harlem. The post opened up after now-Councilman Bill Perkins won his current seat on the local legislature, prompting Gov. Andrew Cuomo to call a special election for the position for May 23.

Special elections for state office do not involve primaries: instead, each party’s local county committee—a panel of political insiders—holds a convention to select a candidate to award their line.

The contest created odd political alliances and divisions. The Manhattan Democratic Party is badly fractured, and the official organization only maintains sway in parts of Harlem.

Taylor had worked for a number of years for Upper Manhattan Assemblyman Herman “Denny” Farrell, usually a Wright ally. Farrell and one of his proteges, former councilman and now district leader Robert Jackson, backed the Mennonite pastor—as did Perkins himself.

Also in Taylor’s corner was Congressman Adriano Espaillat, who defeated Wright in the primary for his current seat last year, and—as a state senator from Upper Manhattan—beat off a challenge from Jackson in 2014.

Joining Wright were an array of Upper West Side county committee members loyal to city Comptroller Scott Stringer. Because committee members’ ballots are weighted according to how many people in their area voted for the Democratic candidate in the most recent gubernatorial election, Upper West Siders wielded outsize influence in the decision process because of vastly higher turnout rates in their neighborhood—even though it makes up a relatively small portion of the district.

This weighting process provoked controversy, as the Observer reported this morning that the clout accorded to county committee members on a document Wright’s organization had circulated earlier this week did not match the 2014 election results. Taylor, Ruiz and a third candidate, Joyce Johnson—who dropped out of the nominating process today to pursue the seat on her own line—had previously complained that the party operation had deprived them of information and shown unfair favoritism to Benjamin.

Jackson made a made a motion to terminate the gathering on those grounds, but the county committee members overwhelmingly rejected his call.

Taylor called Benjamin “a friend” and promised to campaign for his election.

“We fought, we did what we had to do. I’m not challenging anything. Would I have liked some things a little different? It is what it is,” he told the crowd. “So what are you doing to help him win?”

In the week before the vote, Benjamin circulated a letter on the Upper West Side in which he pledged not to join Independent Democratic Conference, an eight-member breakaway faction that has shared power with the State Senate Republicans since 2012. Today, he went further, promising to campaign to unseat each of the IDC’s members.

“Not only will I not be a member of the IDC, I will fight and raise money every day to get all eight IDC members out of office,” Benjamin said, to boisterous clapping. “If they are going to caucus with the Republicans, we are going to make sure that they are out of office, and we get some real Democrats in there.”

This course of action would bring him into direct conflict with Espaillat’s anointed successor in the State Legislature, State Senator Marisol Alcantara, who represents an adjoining district.

An IDC spokesperson slammed Benjamin, asserting that he had met personally with IDC leader State Senator Jeffrey Klein of the Bronx, and asked for his support.

“It’s unbelievable that Brian Benjamin would make such a statement. He actively sought out support from Senator Klein and the IDC,” said spokeswoman Lis Smith. “This is a strange way to launch a political candidacy.”

Benjamin’s campaign confirmed the meeting took place, but said it was at Klein’s request and denied that the candidate requested backing from either the state senator individually or from the IDC as a whole. 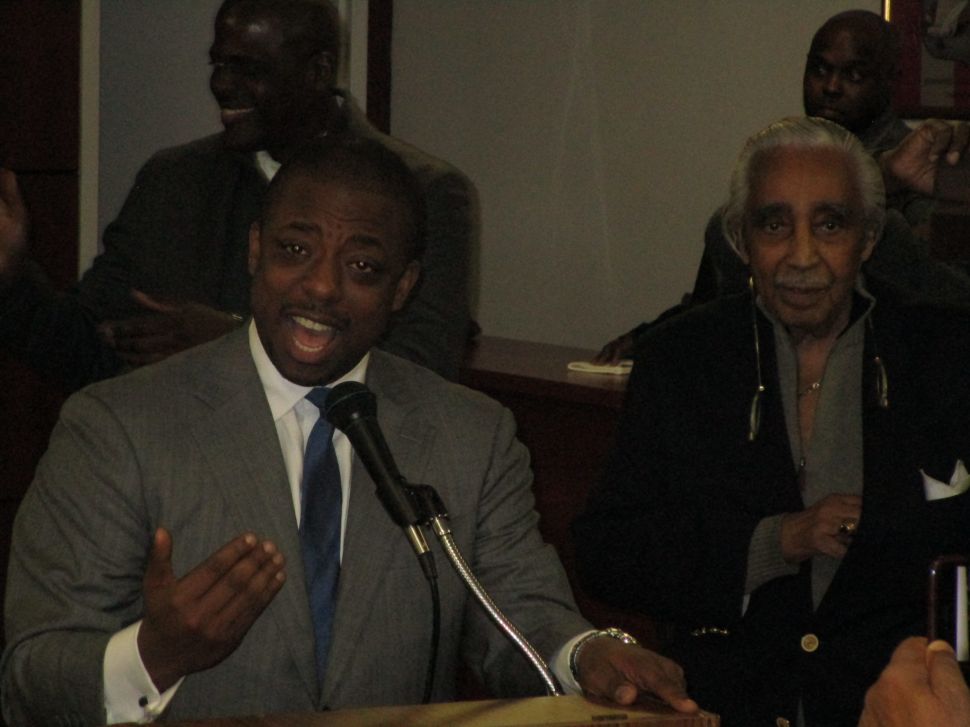