The Democratic establishment has preserved its political power by providing the Center for American Progress (CAP)—a think tank founded by Clinton campaign Chairman John Podesta and run by Clinton surrogate Neera Tanden—with access and leverage over the party’s opposition to Trump.

On March 8, Politico reported that CAP will host an event to vet their preferred presidential nominees for the 2020 elections. “Democratic Sens. Elizabeth Warren of Massachusetts, Cory Booker of New Jersey, Kamala Harris of California, Chris Murphy of Connecticut and Kirsten Gillibrand of New York; Montana Gov. Steve Bullock; and Los Angeles Mayor Eric Garcetti are all confirmed to attend, and more are expected to be added to the event, scheduled for May 16.” This list provides further evidence that the Democratic Party will continue to forcefully push donors’ preferred candidates over progressive candidates who could make meaningful connections with voters.

Though Sen. Elizabeth Warren developed a reputation as a progressive icon for her role in establishing the Consumer Financial Protection Bureau and speaking out against Wall Street, Warren deflated much of the enthusiasm in her progressive base by refusing to endorse Sen. Bernie Sanders during the Democratic primaries, remaining silent on the Dakota Access Pipeline, and voting to confirm Ben Carson for HUD Secretary as a member of the Senate Banking Committee. Polls for her upcoming bid for re-election in 2018 reveal that her future in the Senate is uncertain—not to mention a bid for the presidency.

Sen. Cory Booker built his career on courting the press and wealthy donors, and owes his position in the Senate to a close friendship with Gov. Chris Christie. Since Clinton’s election loss, Booker voted against Sanders’ amendment to provide cheaper prescription drugs by importing from other countries and responded to backlash for this vote with an excuse that big pharmaceutical companies often cite. He also served on the board of an education organization with controversial Secretary of Education Betsy Devos. In 2014, The Washington Post reported that Booker and Senate Majority Leader Mitch McConnell shared 74 individual campaign donors—more than any other opposing party members of Congress.

Sen. Chris Murphy lent himself as a political prop for the Clinton campaign to use against Sanders during the 2016 Democratic primaries. In a New York Daily News article published right before the New York Democratic Primary, he blamed Sanders for the Sandy Hook shooting. Because of this distasteful and unethical smear against Sanders, Murphy’s candidacy would fuel the resentment that progressives have for the Democratic Party.

Sen. Kamala Harris—a rookie senator whose sister worked directly for the Clinton campaign—is also another flop for a 2020 bid. She has received criticism for failing to prosecute Treasury Secretary Steve Mnuchin’s bank, OneWest Bank—despite overwhelming evidence of fraud. In her first election to become attorney general of California in 2011, Harris received campaign donations from Mnuchin’s wife at the time and OneWest Bank. In 2016, she was the only Democratic recipient of a campaign donation from Steve Mnuchin.

Montana Gov. Steve Bullock supported the Keystone XL pipeline, sent state troopers to North Dakota to suppress the Dakota Access Pipeline protests, and criticized Obama’s climate change policies stating that they went too far. As the threat of climate change increases, it’s becoming more important for future nominees to take aggressive stances on environmental issues—not tip-toe around the issue to appease the oil industry, as Clinton did throughout her campaign.

Affirming his status as a Democratic establishment surrogate, Los Angeles Mayor Eric Garcetti formally introduced Tom Perez before the DNC chair elections.  In 2015, the LA Times gave Garcetti a “C” for continuously opting for the “path of least resistance.” In truth, this strategy is a staple of Clinton’s campaign and a quality that all of CAP’s preferred 2020 presidential candidates share. A recent study conducted by Wesleyan University found that Clinton avoided policy issues during her campaign more than any other presidential candidate in the last four elections.

Democrats cannot afford to nominate another presidential candidate who favors campaign donors, celebrities, and elites over working, middle class and low income voters. However, the Center for American Progress, a hub for neo-liberalism, is intent on fostering candidates who embody some of the most repelling qualities of the Democratic Party, which currently has a favorability rating in the low 30’s. In contrast, one of the Democrats’ most popular figures, Sen. Bernie Sanders, wasn’t mentioned in the report about CAP’s conference, nor were any progressives who support him. The Democratic Party can’t win without Sanders’ supporters, but they are making no concessions or reforms to earn the support of those voters. By failing to do so, they virtually ensure the defeat of the Democratic Party in 2020. 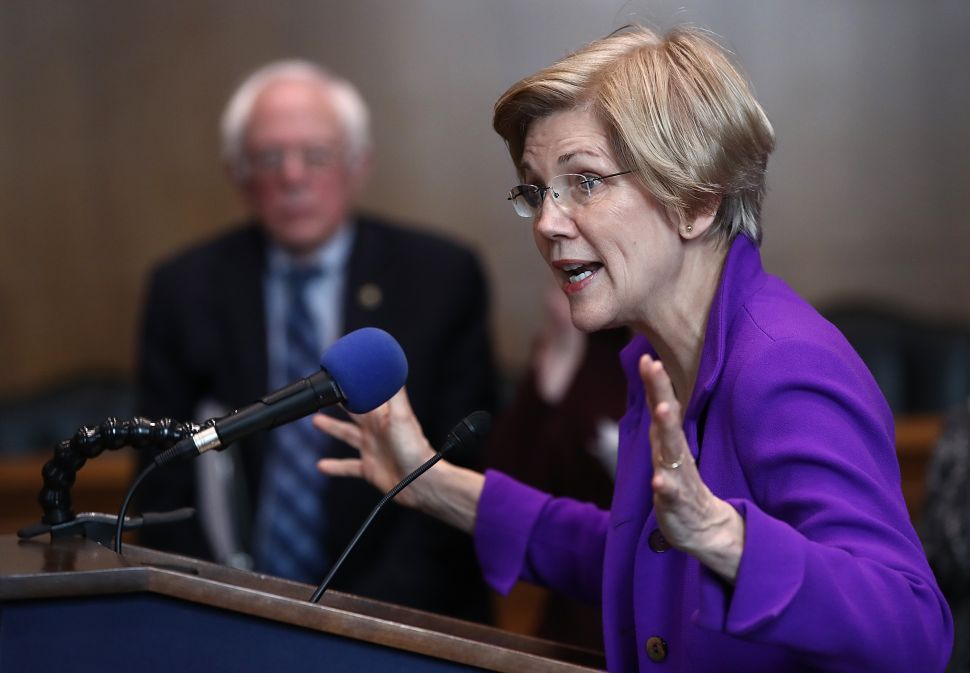