It’s no secret that Phoenix isn’t exactly known for its world-renowned culinary scene, though the area has a burgeoning collection of chefs and restaurants working hard to change that. But there is one man who has continuously stood above the rest: Chris Bianco. His first restaurant, Pizzeria Bianco, a quaint, rustic eatery in downtown Phoenix has been lauded for dishing out some of the best pizza in the country according to such aficionados as Oprah Winfrey and Martha Stewart. Landing a seat in that restaurant will require a long wait, but as the endless list on any given night proves, it’s more than well worth it. He also just announced his latest collaboration with Tartine Bakery on the upcoming Tartine Manufactory in Southern California, which will feature breads, pastries, coffee and two restaurants. It’s sure to keep him at the top of the eatery game on the West Coast.

Anyone who has had the pleasure of enjoying a meal by Chris Bianco can tell you that his food makes a lasting impression, and the success of his restaurants has a lot to do with the man himself. The love he puts into what he does is apparent, and his dedication to finding the best produce has always set him apart. “The concept of skin deep is the same with a tomato. You can be attracted to someone or something on the outside, but it’s what’s on the inside that really counts. It’s no different with food,” says Bianco. He takes this mentality to heart when he partners with local farmers for everything from baby greens to durum wheat. As a side note, he explained to me that due to Arizona’s terrain and arid nature, the state is actually the biggest exporter of durum to Italy, and the local farmers and millers grow some of the best product on the planet. This perfectly fits with his pizza-pasta empire.

Though he has become famous due to hard work and perseverance, he is not driven by success. Bianco has a genuine desire to make people happy and to introduce his patrons to a world of authentic dining. His latest restaurant, Tratto, is no exception. Opened in May 2016, this small 35-seat eatery departs from his usual pizza-centric cuisine. The menu changes weekly and includes two pastas, a couple of proteins, some things to share at the beginning, and something sweet to finish. It’s fun, simple and homey, but so tastefully done that it’s quickly becoming everyone’s favorite date spot. As he says, he built Tratto as a study. “I wanted to open a restaurant with an intention to become a template where we as a team could recognize the simplicity of food, understand seasonality, our region, place and time,” says Bianco.

The food is nothing short of delicious. I appreciated that the menu was pared down—it’s easier to focus on a few things and do them really well. This is not pretentious fine dining; it’s better because the ingredients are incredibly fresh, the combinations inspired, and the food brings forth its own unique qualities without being overly adulterated. “My thought here was, let’s take something that’s so obvious, like roasted chicken, a pork chop or tiramisu, and do it in a sincere way—take something good and familiar and make it extraordinary without overdoing it,” says Bianco. He stays true to the region, meaning that fish is not something you’ll find on the menu. That fact in of itself says so much about the kind of restaurant this is: Tratto is not trying to please everyone or be something that it isn’t.

Everything at Tratto is on point, from the food to the service to the cocktail program and curated wine list. It’s a well-oiled machine, which is quite the feat for such a newcomer. The level of professionalism lies in the expertise and leadership of its team. If I had to use one word to describe both Bianco and Tratto, it would be “humble.” They are both working to “recognize the good in every ingredient and do [our] best to illuminate it.” It doesn’t get more delicious than that.

Bianca is a freelance writer who covers travel, wellness, fashion and food. She’s a big fan of meditation, swimming in the ocean and drinking tea. Follow her on Instagram: @biancagrace 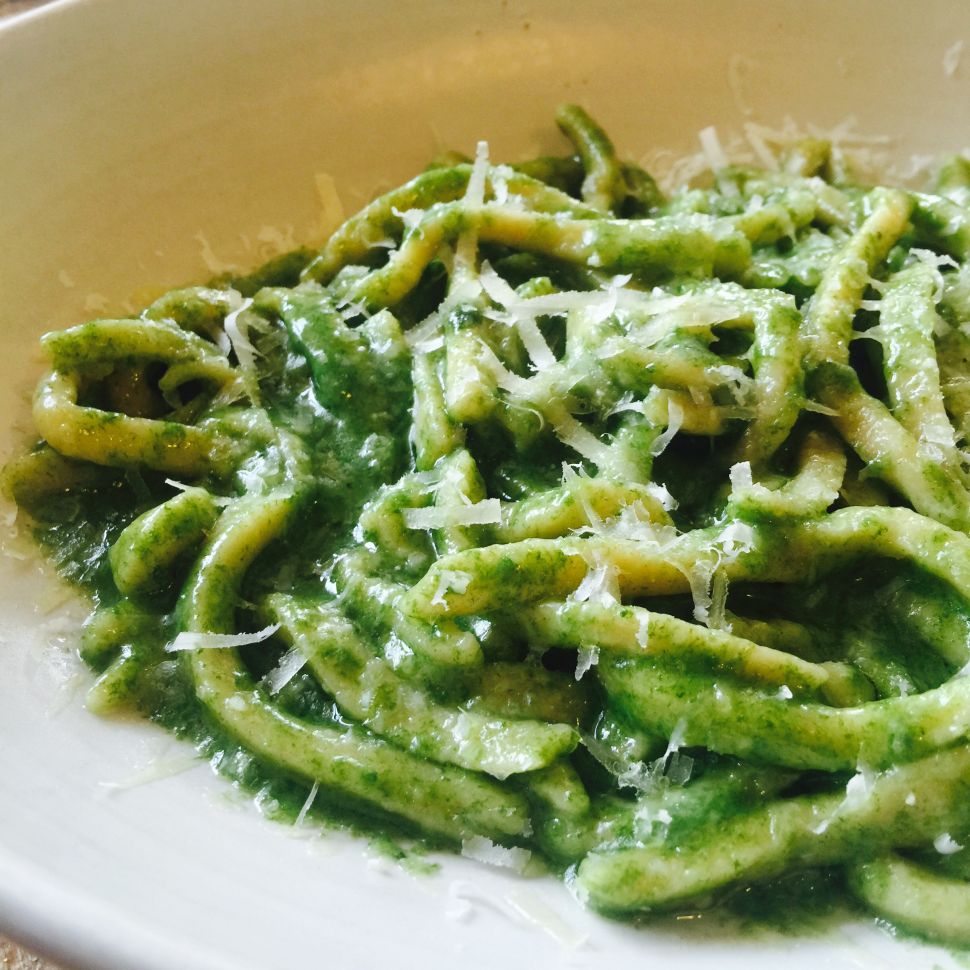