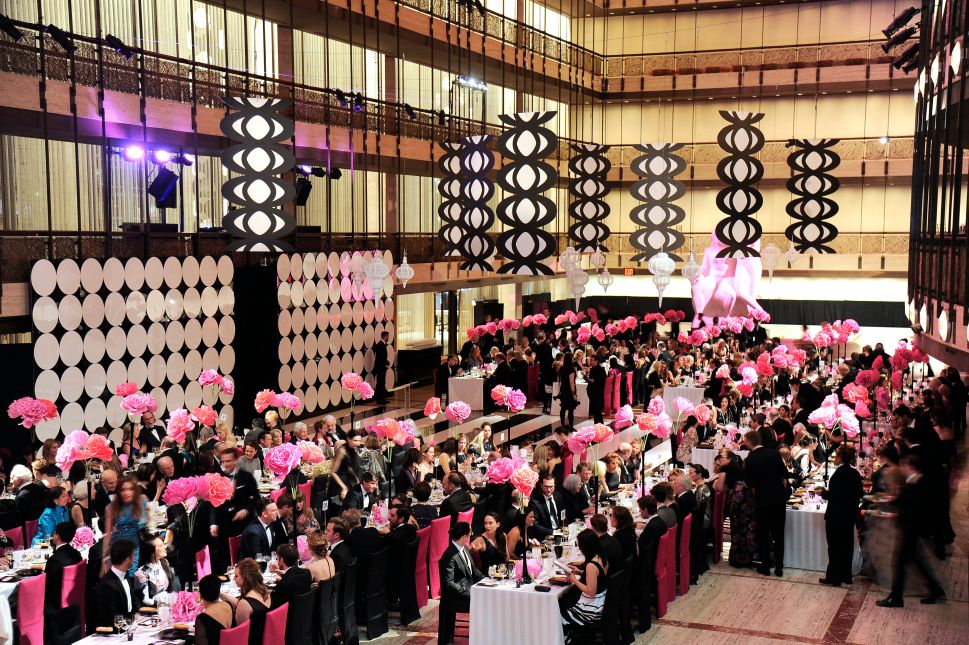 The stomping ground responsible for 97 percent of New York City Ballet dancers, The School of American Ballet, held its annual winter ball on last night at Lincoln Center’s David H. Koch Theater. Inside, Balanchine protégé and legendary choreographer in his own right, Peter Martins, held court for a room full of ballet obsessives like chairwoman Julia Koch, Jill Kargman, and Chelsea Clinton with hedge funder husband Marc Mezvinsky. While the couple was slated to stop by only for cocktails, they made the last minute decision to stay for dinner when they found out what was in store. 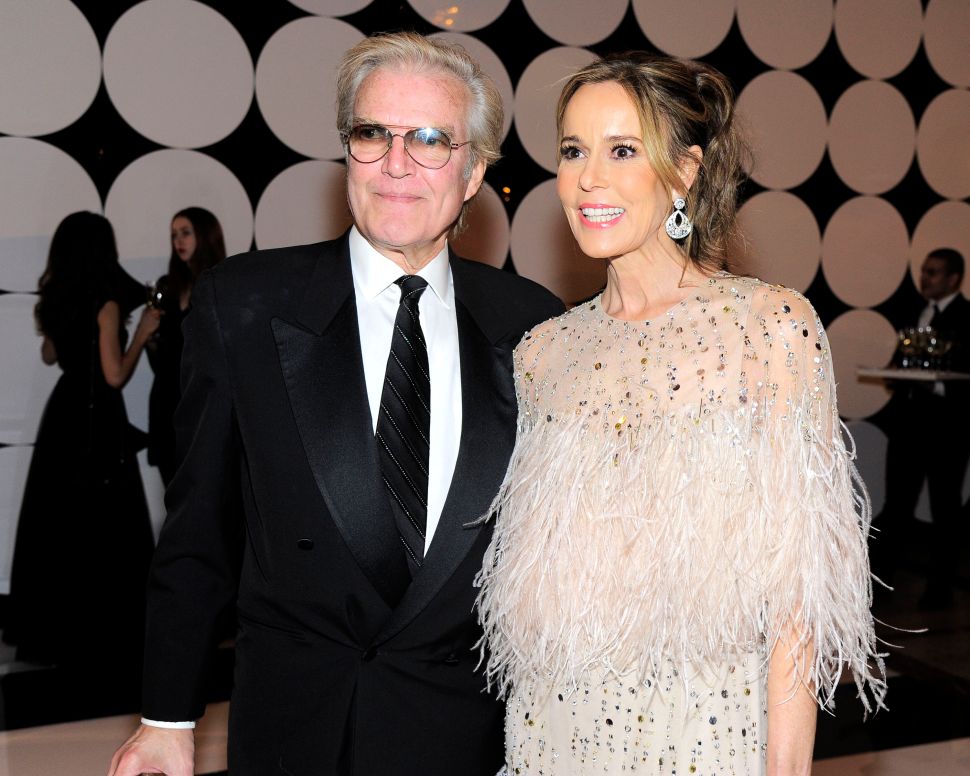 “Tonight is not just about the pas de deux and the pirouettes, it’s about paying for them,” Martins joked to the crowd that ultimately raised over $1 million for the school. He then introduced a performance by a current crop of SAB students choreographed by talented, 20-year-old SAB alumnus Alec Knight, who later grooved on the dance floor in a pair of fur Gucci slippers. 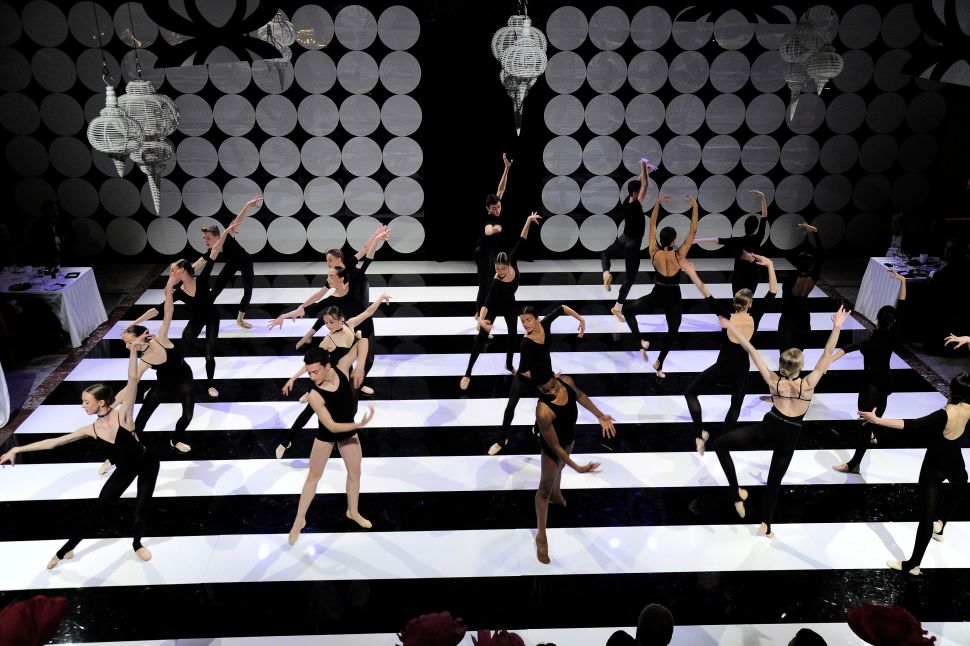 A performance choreographed by Alec Knight. (Photo by Owen Hoffman for Patrick McMullan)

The decor commanded the room too. “These flowers are blowing my mind,” Van Cleef & Arpels exec, Nicolas Luchsinger, said, pausing to take in the hundreds of centerpieces. Dreamed up by event designer Ron Wendt and his partner Philip MacGregor, the faux botanicals were created over 200 hours by a group of FIT students using Spanish crepe paper, and proved to have a life long after the evening’s end as partygoers paraded into the Lincoln Center promenade with several in-hand. 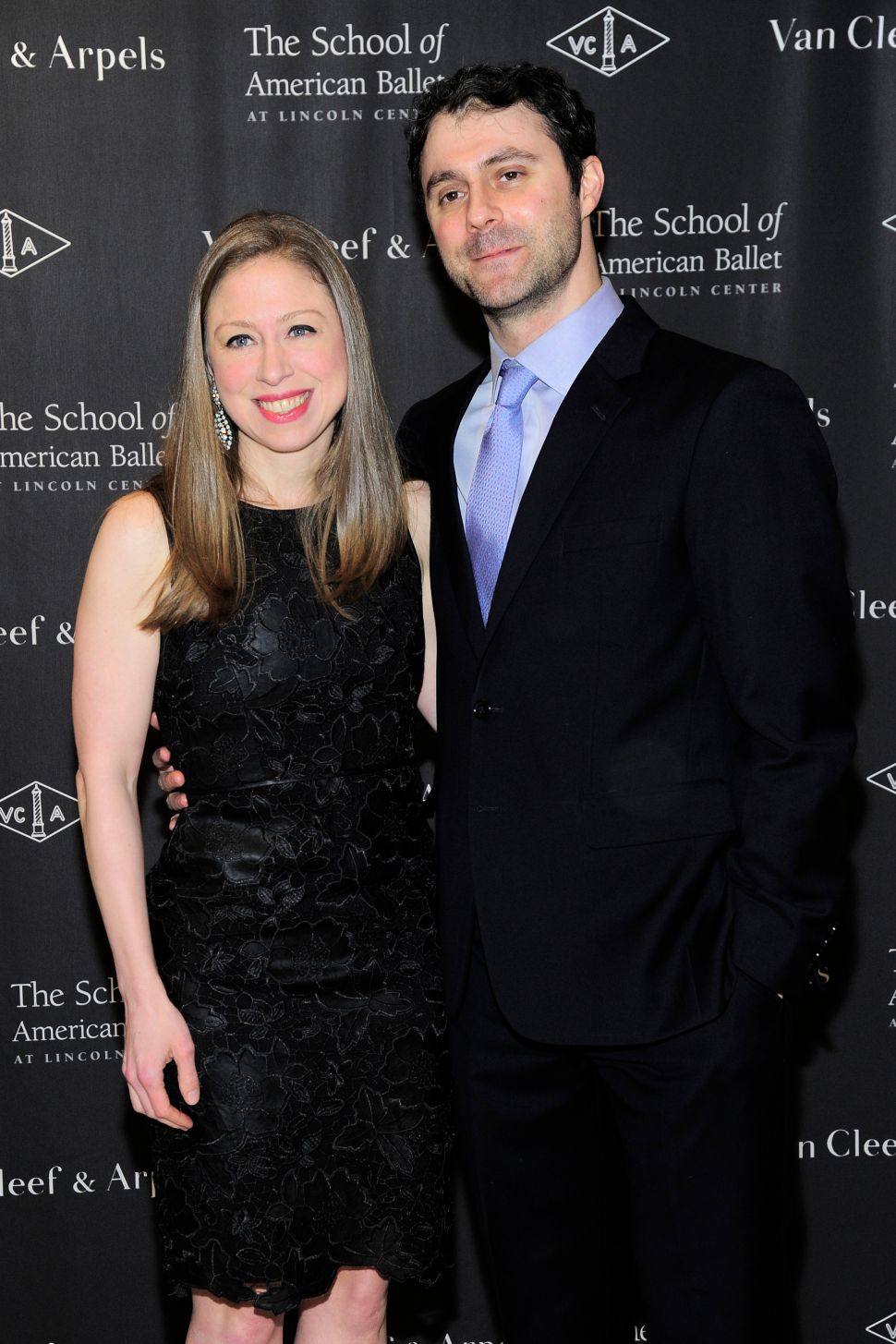