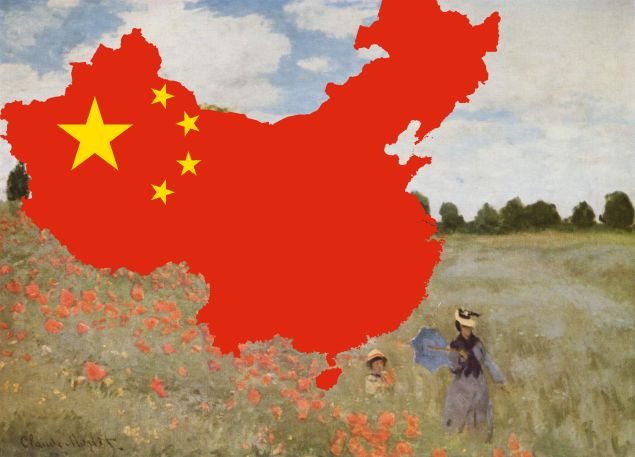 The Chinese art auction market has taken over that of the U.S. Images from Wikimedia

It’s hard to parse the global art market, but thankfully, someone tried to.

Art fair megalith Art Basel and their partner in crime, Swiss bank UBS, released their first annual report on the state of affairs this morning (you can download it here).

Their data show that the international art market as a whole declined last year, totaling a little over $56 billion in transactions—a drop of more than 11 percent year-over-year.

But there’s more: the Chinese have taken the lead in terms of art purchases made at auction by market value. This was due to stable sales there while the auction sector shuddered in the U.S. and was unchanged in the U.K.

Chinese sales exceeded the U.S. market, giving China the leading market share in this sector with 34 percent by value (versus 32 percent in the U.S.). This represents a rise of almost 8 percent in share for the Chinese market and a decline of 6 percent for the U.S. The U.K.’s share was stable at 18 percent, as was the share of the EU as a whole at 30 percent. [France contributed 7 percent, the largest participation from an EU country].

Part of this is due to what seems to be a cultural preference for auction transactions in China, where they constituted almost 70 percent of recorded art buys, the report said. In contrast, the dealer sector is more robust in the U.S. and Europe.

The Chinese market also grew most dramatically at the high end, the document shows.

While sales in the lower value segments of the market declined, the segment priced at over ¥5 million ($750,000) advanced in value by nearly 60 percent. Some of the strongest year-on-year growth was in the highest priced part of this segment: the number of lots sold for greater than ¥50 million ($7.5 million) grew by 66 percent while values in this highest segment doubled.

The bulk of sales in China were Chinese painting and calligraphy, to be clear, not the Post-War/ Contemporary and Impressionist/ Modern sectors that hold up the auction market in the West. Indeed, the strength of the market for Chinese painting and calligraphy at the very high end is firmly underscored by the fact that overall auction sales in China actually declined by 13 percent in 2016, with so-called “fine art,” i.e. Western painting, seeing the largest decline of any category of art and antiquities sold at auction.

But despite China’s roaring interest in this particular category, globally the auction space was suffering in 2016, there is little doubt. The “highest-end” sales, meaning those over $10 million, declined most overall and “all of the larger markets experienced a drop in the volume of fine art auction sales in 2016, and many had double-digit declines,” the report said.

The findings, assembled by economist Dr. Clare McAndrew and a UBS team, looked at info from proprietary database Artfacts.net, a survey sent to art dealers, publicly disclosed auction information as well as data reported by auction houses and interviews with experts.

While a survey with a 17 percent participation rate and figures provided by the auction houses themselves surely can’t give us a full picture of the market, they can serve as an indicator, confirming a suspicion observers have repeated for nearly two years: the international art market as we know it, though unpredictable and opaque, may be cratering. 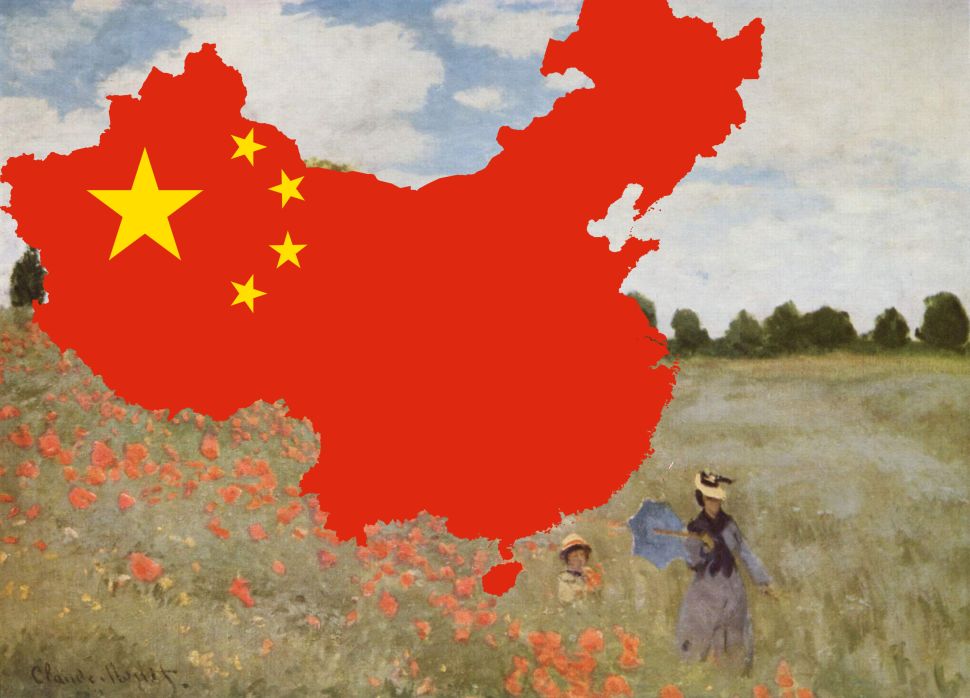