Christie’s is moving some of its biggest art auctions in London, the company confirmed today. The auction house will have postwar and contemporary sales in March and October, not June, according to a statement.

But the statement (excerpted below) also wins some kind of unspoken contest for most convoluted phraseology and unnecessary neologizing (not a word, but hey, why should Christie’s have all the fun?):

This year, Christie’s is continuing to innovate the sales calendar and, following the success of the move in London auctions in February and March this year, will see further evolution in sale dates, in order to adapt to the taste and movements of the growing global art audience.

That’s a round about way of saying that the sales will be consolidated into the March and October sessions, the later of which will coincide with the Frieze London fair, which attracts a stable of collectors from around the globe. This maybe makes perfect sense, but when you put it like that you definitely rile up suspicions. Representatives for the company also insist that the sales were not cancelled but instead rescheduled. Perhaps their definition of “cancel” is different than ours? Or maybe these are those “alternative facts,” about which we’ve heard so much…

The changes come as Christie’s has seen a shake-up in management. CEO Patricia Barbizet was replaced by Guillaume Cerutti effective January 1; in December of last year Brett Gorvy, chairman and international head of postwar and contemporary art, departed to work with Dominique Levy.

The Art Newspaper reports that another leading auction house, Phillips, may be mulling a decision to similarly “innovate the sales calendar,” following Christie’s lead. Maybe we can all enjoy a nice evolution in sale dates. Something something about “four legs good, three postwar and contemporary auctions per year bad.” 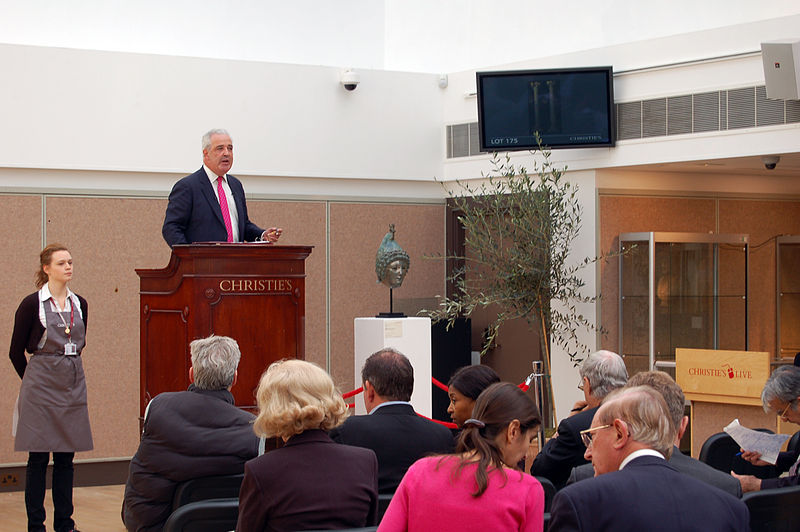