Man, I hope you clicked to this article just to watch Too Many Cooks again. Remember the zeitgeist of 2014, y’all? It’s like, before October 28th of three years ago, you could almost pretend that we had left creepy, David Lynchian “anti-comedy” genre in the early aughts of Tim & Eric‘s heyday. And then comes along the world’s longest 90s TV show parody, bizarre-for-bizarro’s sake, billed on the TV listings as a 4 a.m. infomercial. (Talk about FAKE NEWS!)

It immediately became one of the most popular videos on the internet OF ALL TIME.* And it was perfect, too, because it was un-parody-able. You couldn’t mock Two Many Cooks, you could barely EXPLAIN to your confused parents what Too Many Cooks even WAS. That’s why it’s taken so long to find a pitch-perfect predecessor. But the mantle has now been passed, and the announcement appeared yesterday in the most unlikely of places: the Twitter account of a now-defunct comedy website, SuperDeluxe. (Correction: The new Super Deluxe launched in June 2016 as part of the Turner Network. The now-defunct Super Deluxe site from 10 years ago is a different thing.)

Actress @SarahRamos found an embarrassing romantic comedy she wrote when she was 12…and she actually made it. Watch part one: pic.twitter.com/ltqv1Qb5xq

What a show City Girl is. Parenthood’s Sarah Ramos wrote a TV spec script when she was 12 years old, and, as an adult, decided to produce it with her friends. It’s a glimpse into the sick, sad world of 12-year-old girl brains, and definitely passes the Damon Lindelof Scratch-and-Smell test to tv writing real good DONK DONK (Lost noises). “Having a pilot end with a doctor forcing his patient to dry-swallow a bunch of horse pills for her migraine?” Check. A very unethical dinner date at McDonald’s? Check.

I mean, god, this really freaks me out. Someone should write a super-serious think piece about what engrained gender concepts get passed down to us in childhood using examples only from City Girl and maybe 13 Going on 30. And what’s really getting under my skin is how exactly RIGHT ON some of this material is. Like if being an adult isn’t just a constant cycle of “Migraines, migraines, pills, pills, migraines, going on dates with doctors to get more pills, migraines, McDonald’s,” than I really don’t know what is.

Witness the forbidden romance between a doctor and patient in this awkward rom com written by @SarahRamos at 12-years-old. Watch part three: pic.twitter.com/KJT9FfSB0h

Plus, those are some quality cameos, from Dylan Gelula to Alia Shawkat to Esther Povitsky from Crazy-Ex-Girlfriend! Honestly, just watching these videos make me want to go out and get pills from a doctor just for old time’s sake. (And because of my headaches.) And I now have a new rallying cry: “Look lady, I don’t care how many damn times you ask, we’re never going to have this freakin’ scarf in DENIM.” 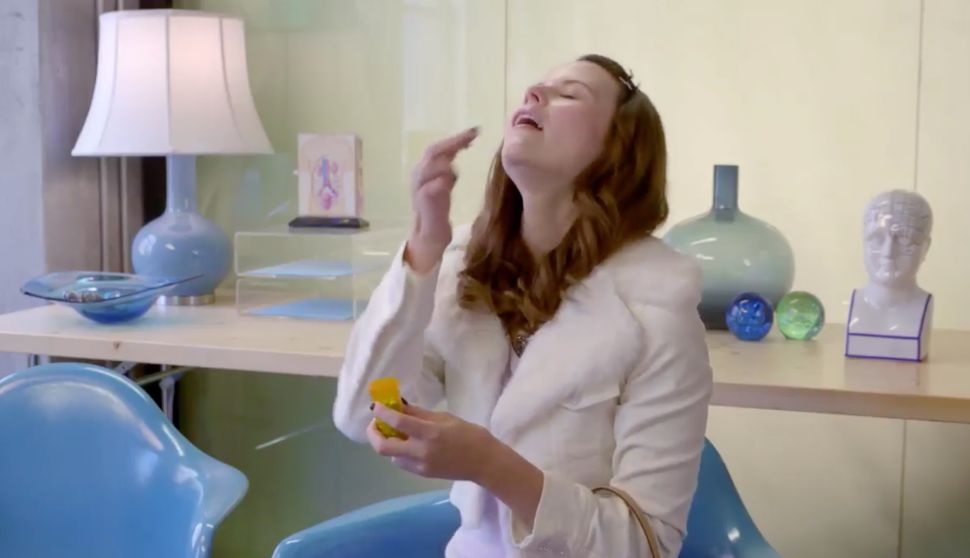