The Republican proposal to dismantle the Affordable Care Act (ACA) is a misguided and cruel piece of legislation that will leave millions of Americans paying more for less coverage. Republicans have had seven years to develop an alternative to the ACA, yet they are now rushing a bill through Congress that will have devastating consequences for millions of Americans. It is clear that President Donald Trump and the Republican Leadership are trying to quickly pass this bill before anyone realizes the damage that will be done.

Without a score from the nonpartisan Congressional Budget Office (CBO), Americans are left in the dark about the true costs of repealing the ACA. However, various analyses have already estimated the consequences of the proposal. The Brookings Institution has concluded that the Republican health proposal would cause 15 million people to lose coverage. This disastrous bill is also opposed by groups across the healthcare and consumer rights spectrum, including AARP, the American Medical Association, and the American Hospital Association

Even without a CBO score, it is clear that the GOP repeal bill means less coverage, fewer protections, and higher costs. Millions of Americans currently depend on premium tax credits to pay for health coverage provided through the ACA; the Republican plan would eliminate this assistance and replace it with an inadequate flat tax credit that leaves working families exposed to premium increases. In addition, under the GOP bill, the full protections for people with pre-existing conditions only apply to those who maintain continuous coverage. If someone has a lapse in coverage, insurance companies will be able to charge a 30 percent premium on top of the person’s base premium for an entire year.

The Republican proposal is particularly harmful to seniors as older Americans will be forced to pay premiums up to five times higher than what others pay for health coverage. Additionally, the GOP bill will severely hurt the 70 million Americans who rely on Medicaid, including seniors. The legislation would destroy Medicaid as we know it by eliminating the Medicaid expansion in its current form and capping total Medicaid funding. To make matters worse, the Republican plan erases a Medicaid provision under the ACA that requires Medicaid coverage of mental health and addiction treatment services. Eliminating this provision will severely set back efforts to combat opioid addiction and improved mental health treatment. Finally, as if eliminating coverage for millions of Americans isn’t enough, the bill defunds Planned Parenthood leaving women with nowhere else to turn to lose access to essential preventative care.

The ACA was never a perfect bill, but it has provided roughly 20 million Americans with access to healthcare. The 8th congressional district alone has seen a 7.1 percentage drop in the uninsured rate since enactment of the law. The Republican bill will place insurance companies back in the driver’s seat, leaving the health and welfare of millions of Americans at their mercy. Congress should be focused on raising wages and creating good-paying jobs for Americans, instead, Republicans are committed to their mission of rolling back healthcare coverage and protections.

Albio Sires is the U.S. representative from New Jersey’s 8th congressional district. The Democrat has served since 2006. 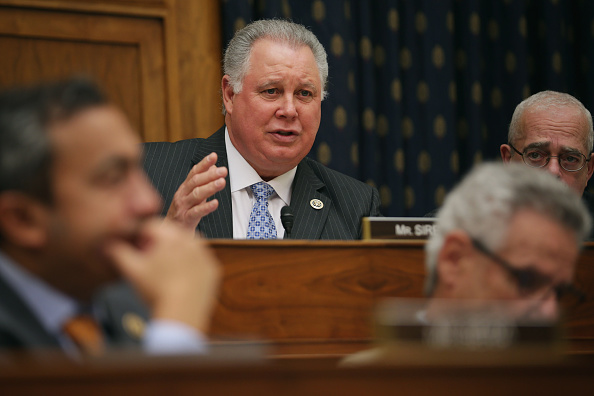