In my class, the education majors who are preparing to teach grade school social studies know all about the Articles of Confederation and how it gave all the power to the states and a small, ineffective national government. What they don’t know is that this pre-Constitution form of government is trying to make a comeback today.

Fans of “states’ rights” are trying to bring back a government system where states have most of the power. They are clamoring for a “Convention of States” that would rewrite national government powers and responsibilities.

But before we rewrite the U.S. Constitution, it would be helpful to note what’s being proposed and why. It also wouldn’t hurt to learn whether we’ve had one of these before, as well as whether such an idea is a good one.

What do Convention of States supporters want?

Would-be convention delegates already held a simulation late last year in Williamsburg, Va. They added plenty of additional amendments, such as placing limits on the size of public debt and items like this: “No state or any subdivision thereof shall be compelled or coerced by Congress or the president to appropriate money.” It conjures images of America before the Constitution, when the national government had to beg the states for money, and the country was crippled by a small band of angry farmers in “Shays’ Rebellion.”

There are also provisions on congressional term limits, as well as proposals making it very hard to raise taxes and easier for states to resist any national legislation. So, there’s plenty of populist appeal.

Would a Convention of States be a good idea?

At first glance, it seems like a good idea. We haven’t had too many amendments, so making it easier to change the Constitution could have some appeal. Lower taxes and term limits have a lot of popular support, and any plan to reduce the deficit can’t be half-bad, right?

While this plan promises to cut down the national government’s powers, that’s part of the problem. Supporters of such a convention even claim that federalism was intended to share power. But think about what’s being called for: state legislatures would be able to set term limits for the U.S. House of Representatives and U.S. Senate, even though national legislatures can’t do the same to the states. State politicians would tell the president and Congress how much they could tax and spend. Could Donald Trump and Paul Ryan limit how much a state can charge in a sales tax? I don’t think so.

It would strip the national government of the right to exercise the Commerce Clause. The argument given is that these new rules would force people to obey. But as A. Barton Hinkle with the Richmond Times-Dispatch points out, “If politicians can ignore the language of one Constitution, then they can ignore the language of another. People who break rules don’t start obeying them just because you write some new ones.”

Additionally, we’ve tried a Convention of States before. The last one was the Washington Conference of 1861. If that year sounds familiar, it should. The Convention of States was employed to try to stop our Civil War, which it failed to do. Of course, it didn’t cause the Civil War, but the conference itself had some disturbing elements. Not only would it have protected slavery, but the delegates also changed the rules to suit their purposes, making it differ from what the Founding Fathers proposed. Those who insist that such a Convention of States wouldn’t be a “runaway convention” ignore the history of the last convention.

Concerns over emasculating the national government to pre-1787 levels are only part of the problem. There are those who, when given the power, would find it hard to resist at a Convention of States. Any part of the Constitution, or constitutional amendments, could be fair game.

There are calls to abolish the 17th Amendment, taking the right of voters to choose their U.S. Senators away and giving it to the states, like the old, corrupt days when such offices were bought and sold. There are also cries to get rid of the 14th Amendment in a bid to limit citizenship rights, not realizing how the rest of that critical amendment ensures that states have to follow the freedoms in the U.S. Constitution—like the Bill of Rights.

While Convention of States supporters insist that they wouldn’t touch any of the freedoms, don’t forget that last year, people—including women—discussed getting rid of the 19th Amendment. Would capital punishment supporters and those who want torture dispense with the 8th Amendment? Might someone try to end presidential term limits? We are not living in normal times. The high-minded people who call for the Convention may not support such measures, but there are people who would.

A Convention of States is an intriguing idea, but Federalism is a two-way street. We shouldn’t make the mistake of empowering states at the expense of our national government. We could very well have too much government power at the state and local level—not just the national level. No Convention of the States should be employed that creates an imbalance of power in the hands of states or touches any hard-won freedom enjoyed by American citizens. 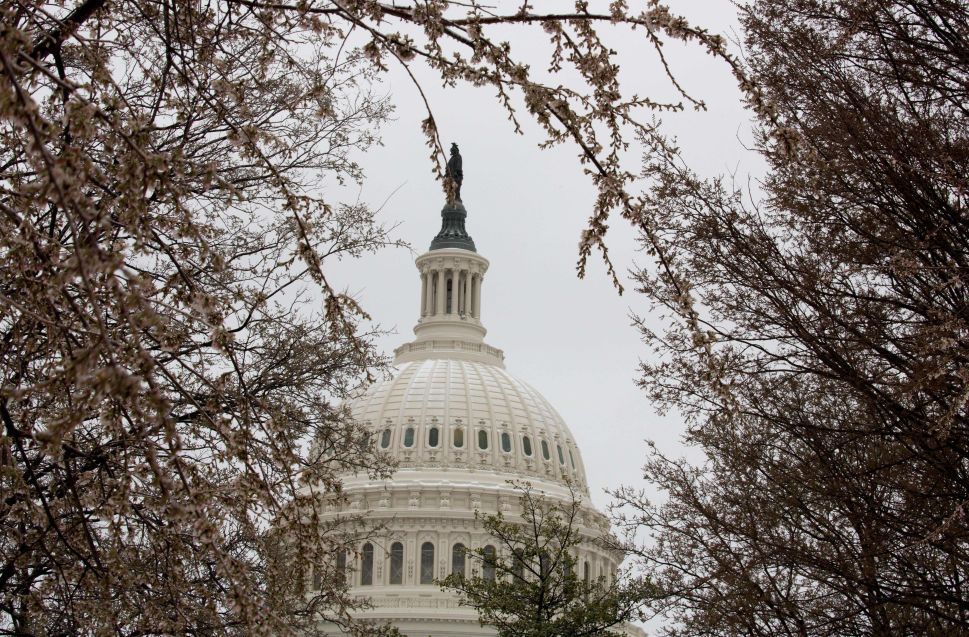