I’ll be honest, Emanuel Santos’ bust of Portuguese soccer player Cristiano Ronaldo for the Madeira airport is not the most compelling likeness I’ve ever seen a celebrity. But, in the artist’s defense, neither is it the worst sculptural representation I’ve witnessed of a notable figure either.

Artist Seward Johnson’s 26-foot-tall sculpture of Marilyn Monroe, fondly titled Forever Marilyn, was one giant opportunity to look up the actress’ dress. David Poulin’s depiction of comedian Lucille Ball was nicknamed “Scary Lucy” for its terrifying toothy grin, and the artist eventually apologized for upsetting fans with the work. And then there’s the bizarre cultural mishmash Shanghai Rolex Masters created to honor Scottish tennis player Andy Murray, which depicted the sports star as one of the China’s ancient Terra Cotta warrior statues, albeit holding a tennis racket instead of a more conventional weapon.

Don’t forget that Santos’ bust of Ronaldo isn’t even the soccer player’s first public portrait. A sculpture of the athlete unveiled in 2014 on his home turf of Madeira Island notably featured, and was mocked for, its oversized bulge.

So, while not everyone may see favorable similarities between Santos’ portrait and the real Ronaldo—the New York Times has offered up these spectacular comments from readers, the most extreme of which has to be “It looks like if the universe started to collapse on itself but changed its mind halfway through”—the artist doesn’t seem too worried about criticism. “It is impossible to please the Greeks and Trojans. Neither did Jesus please everyone,” Santos told the Guardian, explaining that he also received Ronaldo’s approval on the final work. 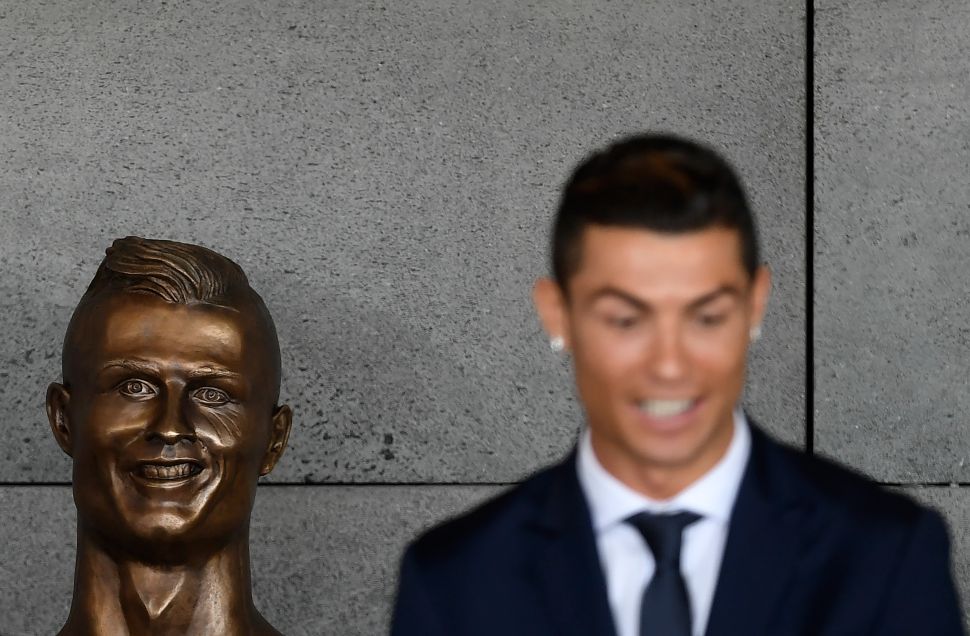