For a study in juxtaposition look no further than today’s pop-culture conversation, which, thanks to Netflix and Dreamworks, revolves around demons, underpants, death and a villain named Professor Poopypants, all at once.

First up: Netflix offered up its first teaser for Death Note, a full-length film based on the hugely popular manga-turned-anime of the same name.
[youtube https://www.youtube.com/watch?v=zS9UW2xjdqE]

Death Note stars Nat Wolff as Light Turner, a high-school student who discovers a notebook that allows him to kill anyone, anytime, a responsibility you would assume shouldn’t be handed to a high-school student. Thus: Death Note. Be on the look-out for Atlanta‘s Lakeith Stanfield as weird-as-hell detective L, and Willem Dafoe doing his best Willem-Dafoe-as-Green-Goblin impression to portray the Grim-Reaper-esque Ryuk.

Next: Dreamworks gave us our first look at Captain Underpants: The First Epic Movie, based on the book series you 100 percent thought was the pinnacle of comedy in grades 4-8. Well, I did. Still do, if we’re being honest. 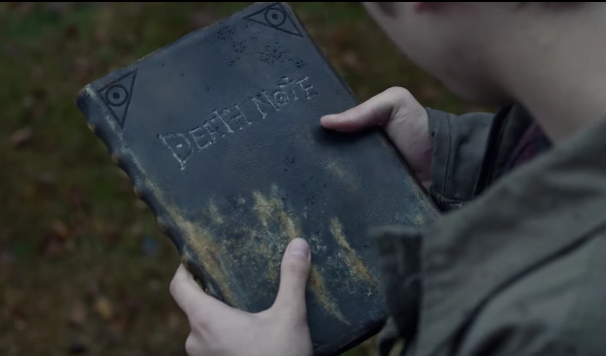