In an interview on March 12, former Republican presidential candidate Gov. John Kasich told Chuck Todd on NBC’s Meet the Press, “I believe the political parties are disintegrating before our very eyes. I think more and more people across this country see no purpose for political parties,” he said. “There are more and more independents because of the squabbling.”

The political dysfunction in Congress is repelling the public; neither political party represents the interests of working, middle class and low income voters. Members of Congress in both political parties spend an inordinate amount of time and effort on fundraising rather than pursuing legislation that would provide meaningful benefits to the American public. This political dysfunction only benefits the top 1 percent, who have taken over the American government through a corrupt campaign finance system and army of lobbyists. Politicians have done nothing to confront this corruption, instead providing meaningless rhetoric while the rot continues to worsen. The only solution either political party has provided its supporters with is the pervasive trend of casting blame on their political opponents. According to Democrats, congressional dysfunction is due to President Donald Trump and the Republican Party, while Republicans have blamed former President Barack Obama and Democrats for Congress’ failures and ineptitude. As a solution, the Democratic Party has focused on propagating the narrative that Trump has ties to Russia, even with little to no evidence.

The 2016 presidential elections illuminated how polarized America has become and how independent and outsider candidates are becoming increasingly appealing to voters. The resulting Trump presidency and the response from both political parties to continue with the same failed status quo approach is broadening political polarization throughout the country and disconnecting the political establishment from its constituents.

There remain significant barriers before a third party can become a threat to the current two-party political system. Though the Libertarian Party and Green Party failed to gain significant support in the 2016 elections, in February 2017 they received a court ruling in their favor to readdress rules that have prevented third party candidates from becoming eligible to participate in the presidential debates. Sen. Bernie Sanders, the longest serving independent in the history of Congress, noted that he ran in the Democratic primary in part due to the fact that it’s impossible for an independent candidate to garner enough media attention without support from billionaire donors. The amount of money being poured into American elections—as campaign finance laws become increasingly weak and loopholes are exploited without reprimand—is suppressing every attempt to promote democracy. Before a third party can become a reality, independents and disenfranchised voters need to engage in efforts to dismantle the obstacles put in place to prevent third parties from becoming viable.

In the wake of the Democratic establishment resisting pushes for reforms, former Sanders staffer Nick Brana launched the Draft Bernie movement to push for Sanders to abandon the Democratic Party and facilitate the emergence of a new, progressive political party. Sanders’ popularity, combined with his grassroots campaigning style, makes him the best candidate to lead the emergence of a successful third party.

The Democratic Party has made it abundantly clear to progressives that it has no intention in purging its donors’ influences, getting rid of superdelegates, casting out lobbyists, or taking more progressive stances on important policies. Their response to criticism has been complaints of calls for “purity,” which is a reductionist ploy to divert responsibility to political opponents. The Democratic establishment doesn’t view their leadership as the problem; their supporters who refuse to fall in line are the problem. This stubbornness from the political establishment has provoked calls to either DemExit or DemEnter; both ideological avenues send a message to the Democratic establishment that certain demands must be met to earn the support of disenfranchised voters. DemExit and DemEnter movements, though directing supporters in different directions, would achieve similar results. Ultimately, both can provide the infrastructure and mobilization necessary to enable the rise of a third party that can challenge or replace the Democratic Party as the prevailing proponent of liberal values. 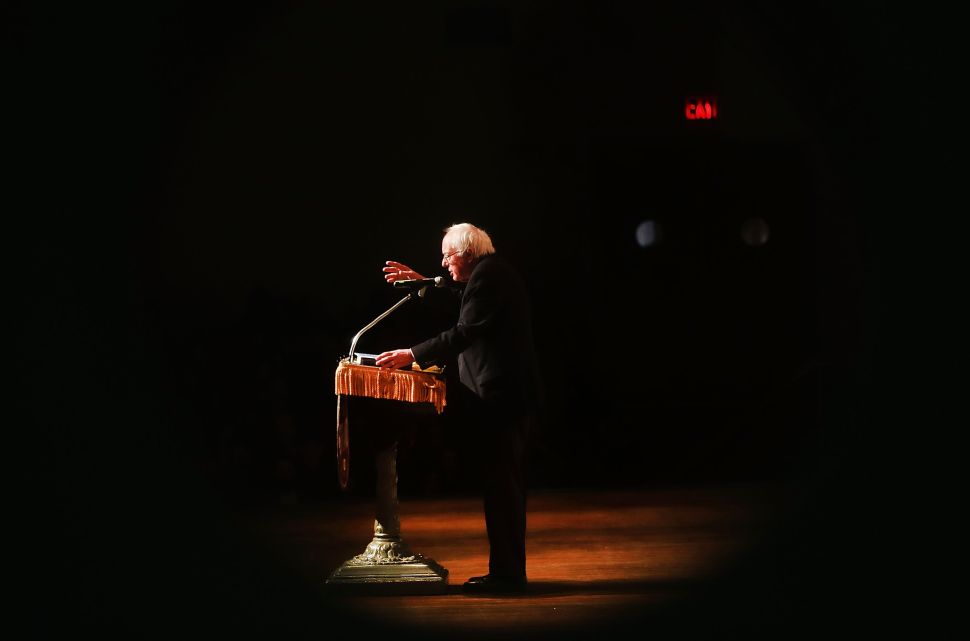