Rep. Adam Schiff, the top ranking Democrat on the House Intelligence Committee, has emerged as one of the leading voices of Democratic Party calling for an investigation into Russia’s interference in the 2016 election and the Trump administration’s possible collusion. Schiff has insisted that there is evidence to warrant an investigation into Trump‘s ties with Russia. On MSNBC’s Meet the Press Daily on March 22, Schiff told Chuck Todd, “I can’t go into the particulars, but there is more than circumstantial evidence now… I will say that there is evidence that is not circumstantial and is very much worthy of investigation.”

The New Yorker wrote about him, “Before the election of Donald Trump, Schiff was known in Washington as a milquetoast moderate,” wrote Ryan Lizza. “But, appalled by Trump’s muted response to the Russian attack, Schiff has emerged as an unlikely face of Democratic resistance to the new president.” In reality, one can’t go from milquetoast moderate to a liberal just by decrying Russia and being being the partisan figure in the Democratic Party’s push for an investigation into Trump’s ties with Russia. In a recent interview, Schiff made it apparent he’s still a moderate by equating progressives and Trump resistance activists to the Tea Party. His record shows ulterior motives for pursuing an investigation into Russia, and his record in Congress provides little inspiration to Democratic Party voters.

Schiff has strong ties to weapons manufacturing companies. In 2013, the Raytheon PAC, which is run by the weapons manufacturing company that makes the Patriot missile and other weapons, hosted a fundraiser with Schiff at which Beyonce performed. The suggested contribution for a ticket was $2,500. Schiff’s voting record is in line with the military industrial complex; he voted against banning armed forces in Libya without congressional approval, voted against removing U.S. troops from Afghanistan, voted in favor of the Iraq War, voted in favor of arming moderate Syrian opposition rebels, and pushed for the U.S. to arm Ukrainian rebels in defiance of Obama’s apprehension to do so. His record more in line with Republican war hawks than the Democratic Party.

In 2013, Soviet-born Igor Pasternak hosted a fundraiser for Schiff at his home. Pasternak, who owns and runs an airship company that has won several contracts with the Pentagon, has a long-time rivalry with Russian President Vladimir Putin. In 2015, Pasternak sponsored the unveiling of an art exhibit at Capitol Hill dubbed “Putin’s Face of War.” In direct competition with Pasternak’s company, economist Alex Nekipelov and the Russian government have been working to build their own airships. The civil war in Ukraine has incited Pasternak to get more involved in Ukrainian affairs; he has made several deals and investments with the Ukrainian government to sell his airships to conduct border surveillance.

Before the Russian election interference issue, Schiff was pushing the Obama administration to take an aggressive approach toward Russia instead of pursuing diplomacy with the fellow nuclear super power.

“The administration has given Putin lots of exit ramps. The reality is he doesn’t want to take them and hasn’t taken them,” Schiff said in a 2015 interview on MSNBC’s Morning Joe. “And, while Ukraine will never win a war against Russia, we can impose additional costs. So, I think providing those weapons, I think working with Europe to stiffen sanctions even further and exploring ways we may have to go it alone in terms of increased sanctions are going to be necessary,” he said. “They won’t work in the short term, as we’ve seen, but over the midterm, I think as … Russians continue to feel the downward drag on their economy, they may begin to question whether this adventurism of Putin is such a good idea.”

In the hyper-polarized and highly dysfunctional Congress, Democrats and Republicans are incapable of conducting a fair and balanced investigation that would focus on providing the American public with substantive evidence for the allegations being purported. Instead, the public is relying on partisan figures and mainstream media outlets, all which have a stake in dragging out and sensationalizing the investigation. 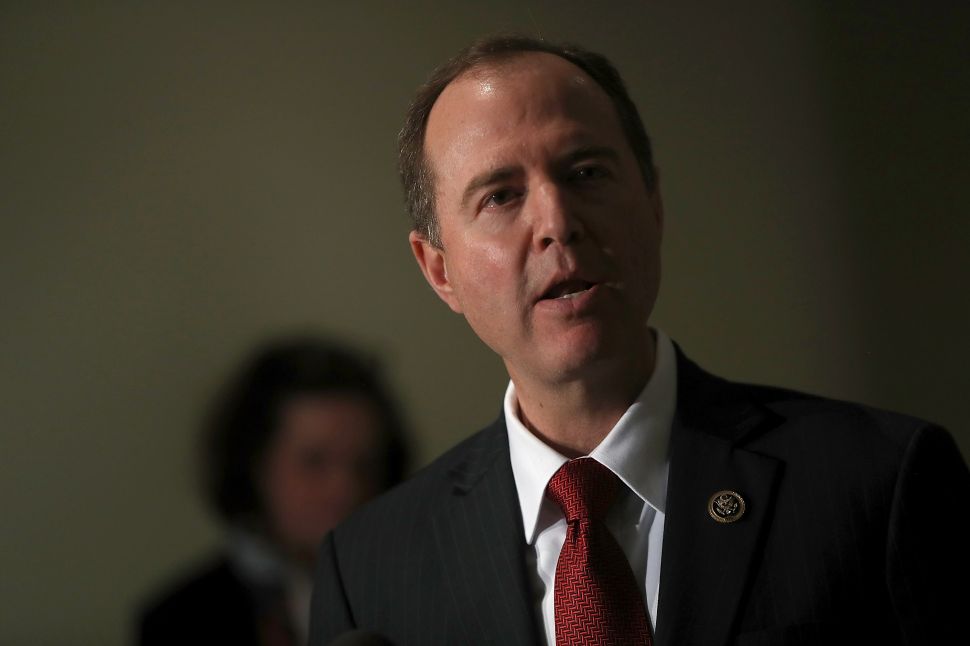