Attorney General Jeff Sessions has supported most of former President George W. Bush and President Donald J. Trump’s most conservative and most disastrous policies. He strongly opposed same-sex marriage and perpetuated xenophobic and Islamophobic views during his tenure in the Senate. He barely received Senate confirmation to become attorney general, and his continued service would be a detriment to civil rights in the United States.

Due to viable concerns that he lied during his nomination hearing, Sessions is now the center of suspicions that Russia interfered in the 2016 election. The Washington Post reported on March 1 that unnamed Justice Department officials noted that Sessions spoke twice last year with the Russian Ambassador to the U.S. Sergey Kislyak.

During his confirmation hearings, Sessions failed to disclose these meetings, though he has since claimed he answered the question in context based on whether he held discussions with Russian officials about the 2016 election. The content of what was discussed in those two meetings has not been disclosed.

Former U.S. ambassador to Russia under former President Barack Obama, Michael McFaul, stated that it wouldn’t be unusual for Sessions to meet with the Russian ambassador, but Sessions’ failure to disclose the meetings has incited calls for his resignation and accusations of perjury. Yesterday, Sessions recused himself from any current or future investigations regarding alleged Russian election interference.

Though several Democrats are asserting that any association with Russia is inherently treasonous, the steady stream of leaks against members of the Trump administration illuminates the ineptitude of many of his appointees.

General Michael Flynn was fired as director of the Defense Intelligence Agency (DIA) for his poor management and turbulent relationships with colleagues, both with subordinates and higher-ranking officials. Flynn resigned in embarrassment less than a month into Trump’s presidency after leaks from intelligence officials revealed that he discussed sanctions against Russia with the Russian ambassador to the U.S. in December 2016, after he saying that he did not.

Sessions and Flynn are two of the most unpopular Trump officials, making them easy targets for anonymous intelligence sources to corner them with ties to Russia and strong arm them to resign even without evidence of collusion. Rather than the fact that they lied, which should disqualify them from their positions, the revelations get lumped into evidence of Russia’s involvement in the 2016 election.

The Obama administration have produced little evidence that corroborated the claims of Russian election interference, but the intelligence community hasn’t made much of an effort to conceal their disdain for Trump and his administration, placing those weary of the deep state and Trump in a polarized vacuum.

The Russia narrative seems to be the prevailing focus of the Democratic Party’s resistance, and it quashes any opportunity for an agenda to be developed that benefits working-, middle-class and low-income Americans. The Democratic Party’s allegations have yet to be proven by substantive evidence, and—though it warrants additional investigation—the scandal hasn’t produced the results equitable to the attention it has received.

Hillary Clinton’s election loss should have taught the Democratic Party the lesson that enthusiasm, not outrage, produces victories. Propagating the Russia narrative may rally their partisan base, but it does little to inspire the millions of Americans facing economic hardship. Poor job prospects and widespread economic anxiety aren’t alleviated by accusations of Pro-Putinism. “Democrats you blew it,” tweeted former Green Party vice presidential candidate Ajamu Baraka on March 2. “You got the opponent you wanted and because of arrogance and incompetence you lost. So drop the Russians did it BS.”

The interests of working-, middle-class and low-income Americans directly conflict with the interests of the Wall Street, corporate and wealthy donors that own the Democratic Party. The narrative of Russia’s involvement in the 2016 election provides Democrats with free publicity that appeases their donors and support base without them having to rectify the growing disconnect between them. However, this perceived unification fails to woo independent voters and the voters who are disenfranchised from the Democratic Party. For millions of Americans, concerns about Russia pale in comparison to concerns about losing healthcare, not being able to pay rent, not finding a job, and failing to put food on the table. Democrats must work to earn these voters, but pouring resources into the Russia narrative won’t inspire the enthusiasm needed get voters to vote for Democratic Party candidates. 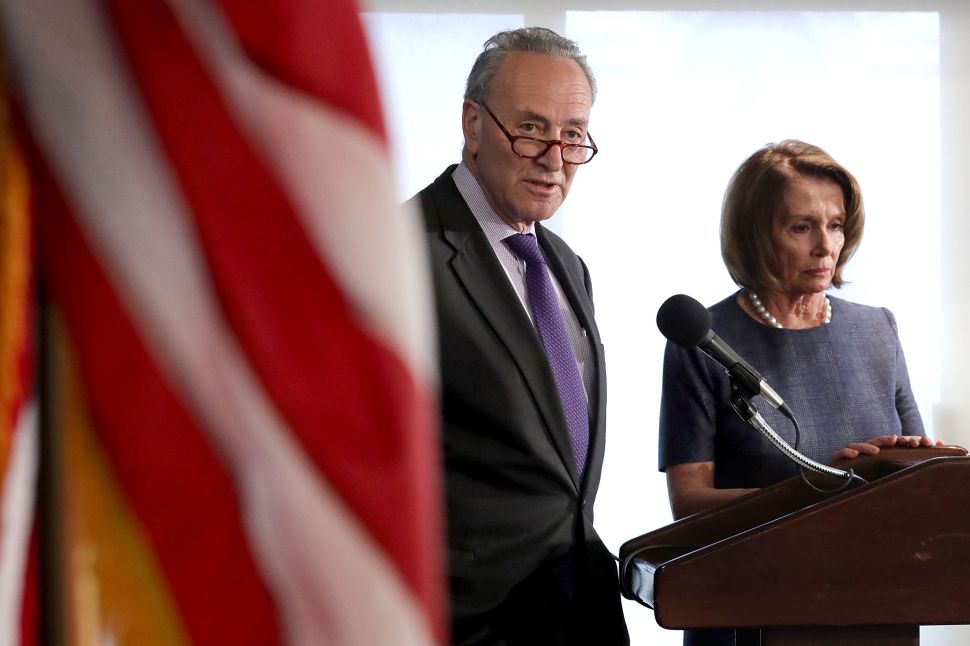