Several media outlets reported former Vice President Dick Cheney’s comments at a speech he gave on March 27 that Russia’s alleged election interference could be considered an “act of war,” lending credence the former public official who manipulated the public and Congress into providing consent for the Iraq War. Several members of Congress have made similar charges, including Sen. John McCain. Others have cautioned that such rhetoric could escalate tensions to a military conflict.

McCain is one of the leading Republicans pushing for an investigation of Russia’s role in the election and driving the McCarthyist narrative on the topic. In response to a foreign policy disagreement, he claimed that one of his colleagues, Sen. Rand Paul, was “working for Vladimir Putin.” Though McCain’s rhetoric has been praised by Democratic establishment leaders and Clinton partisans, it has proven to be unreliable. In December 2016, McCain and Sen. Lindsey Graham raised concerns about Secretary of State Rex Tillerson’s relationship with Russia, ignoring the conflict of interest inherent in having the former CEO of Exxon Mobil serve as secretary of state. Those concerns apparently disappeared when they both voted to approve his confirmation weeks later, and McCain recently insisted that President Donald Trump provide Tillerson with a team of senior officials at the State Department.

Here lies the problem with the Trump resistance banking on conservative war hawks, such as Cheney and McMain, to help them lead the Russia election interference narrative: Conservatives will participate as long as it furthers their hawkish foreign policy views. The moment it threatens to undermine the Republican Party or their conservative ideology, they will abandon the cause in favor of partisanship.

The 2016 presidential election saw the Democratic establishment’s trust in conservative defectors backfire. Hillary Clinton and mainstream media outlets touted endorsements from former Republican officials in an attempt to establish the narrative that the Republican Party was deeply divided. In July 2016, Senate Minority Leader Chuck Schumer claimed, “For every blue-collar Democrat we lose in western Pennsylvania, we will pick up two moderate Republicans in the suburbs in Philadelphia, and you can repeat that in Ohio and Illinois and Wisconsin.” In reality, those moderate Republicans favored their own party over Hillary Clinton, and the Clinton campaign’s alignment with former Republicans contributed to low voter turnouts in areas that have been deeply hurt by the status quo.

The Trump resistance’s embrace of former political opponents—like Glenn Beck, George W. Bush, Evan McMullin, Louise Mensch and others—yields power to these individuals and their supporters. Simultaneously, Democrats are allowing their political opponents, such as McCain and Graham, to dilute calls for investigation with their partisan bias. In effect, the Democratic establishment is sacrificing the long-term fight against Trump for short-term gains as they shift the party further to the right and align themselves with fickle allies.

These critics don’t oppose Trump; his administration consists of many of their close friends and allies. In brief moments of criticism, they are simply pushing their own agenda. Overall, they are in lock-step with the broader goals and ideology of the Republican Party.

While bipartisanship should be embraced, Democrats should be weary of Republicans’ ulterior motives, especially since their rhetoric focuses on being anti-Russia—not anti-Trump. Yielding power to these outspoken conservative figures allows them to steer the conversation, all while giving the Trump administration an escape route as soon as these figures are appeased. The more effective route for Democrats is to communicate to voters the negative impact that Trump’s policies will have on them and develop meaningful policy alternatives. 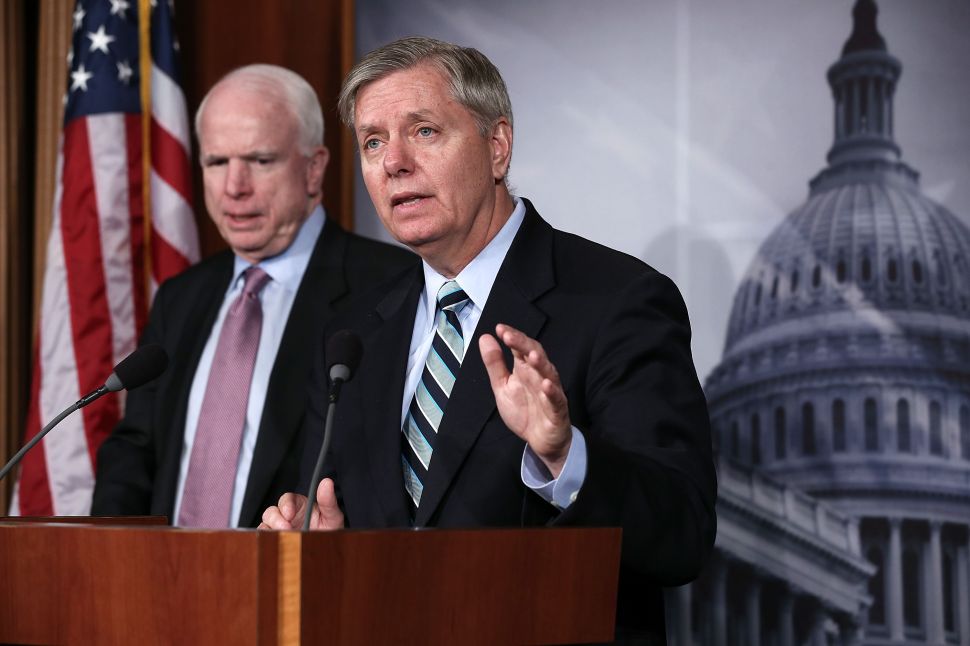